The US chip manufacturer dissolution the Chinese R & D team moved to India! The reason behind it revealed

According to the news on May 7, according to industry insiders,The Texas Instruments have been abolished the MCU China R & D team located in the Shanghai R & D Center, and all the R & D of the original MCU product line was relocated to India.

According to the data, the MCU R & D team of Texas instruments in China is mainly for the MSP430 product line. This product line has been pushed to the market for a series of 16 ultra -low power consumption, low -cost MCUs, which has more than 500 products. Applications.

According to the history of & ldquo; IC men's struggle & rdquo; Introduction, Introduction,After the establishment of the Texas Instrument MCU China team, it has gone through several years of development. In 2017, it reached its peak. There were more than 60 teams. It was the largest number of Lao Dong family and the most functional team in Shanghai. From market/system engineers to digital/simulation design, from verification to back -end landscapes, from ATE test to chip applications, and even positions related to customer quality.

A person in charge also revealed: & ldquo; At present, Ti also has two product lines of LED DRIVER and BCS in Shanghai, and there is a product line in Beijing and Shenzhen. There are at least a dozen R & D team in the MCU team in China. & rdquo; & nbsp;

However, according to the history of & ldquo; IC men's struggle & rdquo; Texas instruments forced the original MCU product line R & D personnel to transfer to the simulation chip department, and directly transferred from a mixed signal chip to a pure simulation chip. And because the original MCU team has a large number, there are not so many vacancies in other product lines, and there is no job to work for employees who transfer to posts. Naturally, the performance of employees will be the worst. If you do not accept it, you feel that the position you arrange is not suitable, you can only leave your own job by yourself.

& ldquo; IC male struggle history & rdquo; believes,& ldquo; This trick is actually forcing employees to resign in disguise. They do not want to take the layoffs, let alone compensation. & rdquo;

However, it is reported that after the Dezhou Instrument has withdrawn the MCU R & D team of Shanghai R & D Center, domestic MCU companies have begun crazy & ldquo; grabbing & rdquo; Thinking about it, even if these R & D personnel were forced to leave, they could quickly find a good job.

In order to accelerate the development of start -up chip companies that have received large financing, they did not hesitate to dig people with several times with several times salary. In contrast, for old companies such as Texas instruments, they can give R & D personnel for developers. The salary level may not be enough.

& ldquo; IC male struggle history & rdquo; also said that Texas instruments have dismissed the MCU China R & D team and moved to India,One of the reasons may be that the senior executives of the Texas Instrument MCU team have been replaced by Indians in recent years.

Moreover, it is lower than the cost of domestic chip research and development personnel. As early as 1985, Texas Instruments had established its R & D center in Bangalore, India.

It is worth mentioning that in January of this year, Micron Technology also dissolved the Shanghai R & D Center of about 150 people, and brought the product design and research and development to the areas outside the mainland. At the same time, more than 40 core R & D personnel are selected to provide technical immigration to the United States.

At that time, there were reports that Micron's dissolution of the DRAM design team was likely to be considered for preventing technological leakage, but in fact, before that, the team had lost a lot of employees because of domestic companies' & ldquo; corner & rdquo;

Therefore, some people in the industry said that in the face of the high salaries of domestic manufacturers, Micheh Like withdrew the Shanghai R & D Center and transferred R & D to overseas.

In addition, for Texas Instruments, the MCU R & D team that has retracted the Shanghai R & D Center may also be related to the Shanghai epidemic that lasted more than a month. 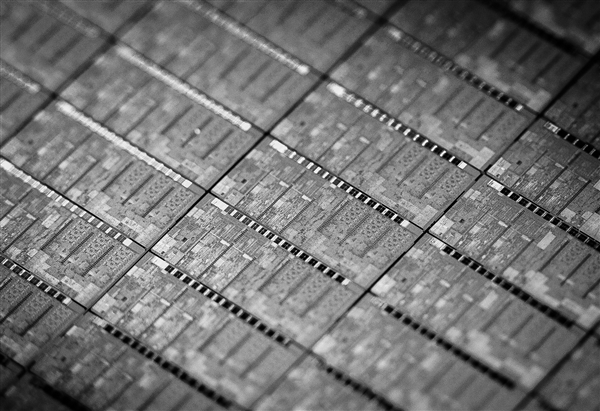 Related news
Google AR AI visual world cultural heritage microbeauty hologram (WIMI.US) digital display PK traditional model
The English name of Chinese liquor has been changed: Chinese Baijiu has been officially launched
Hot news this week
The developer of the dating app Tinder has reached an agreement with Google over billing rules for its app store
Red Elf Lightning erupts in the Himalayas Spectacular Spectacle: Experts Reveal What Exactly Is This?
The founder of the Internet Quick Hand Su Hua was taken away for investigation, and the fast hand responded: the news was not true
Or for Studio Display Pro, the release of Apple's 27-inch Mini LED-backlit Display has been delayed by October
One picture to understand! Blue Factory has issued 3 new machines in a row: self-developed chip blessing, the narrowest lower border
Huawei and the Chinese Academy of Sciences jointly developed the new 3D DRAM solution is expected to break through the key root technology of storage
Tencent established a smart technology company in Chengdu, and its business scope includes Internet data services
I once touched the ceiling of the mobile phone screen! Well-known brands announced that the new flagship is the first to carry the Snapdragon 8+
Or has it been spread insidiously in Communities in Europe and the United States: Should We Be Worried About Monkeypox? Experts demystify
Economist credit card monthly bill $11.4! Only paying for a purchase of Tencent Music, the account manager is busy "condolences"
The most popular news this week
Pinduoduo Q1 revenue of 23.8 billion increased by 7% Technology and agricultural strategy into a dual engine
Musk: Tesla peripheral products can be purchased with Dogecoin
Luo Dayou Sun Yanzi brushed the scenes behind the screen and Tencent began to grab traffic again
Pinduoduo revenue in the first quarter of 23.8 billion increased by 7% year -on -year
Chinese stocks closed mostly up on Friday, Pinduoduo rose more than 15% Kingsoft Cloud rose more than 7%
Expert: Concerns that emojis cause expression to feel less susceptible may be exaggerated
The Changwu B rocket arrives at the Wenchang launch site and will launch the Wentian Experimental Module of the Chinese space station in July
The DuckDuckGo browser was found to have quietly allowed Microsoft to track it
Pinduoduo released the first quarter report, with a revenue of 23.8 billion yuan, starting the technology flow
Can air disinfection stick kill 99.9%coronary virus? Experts: Several levels of concentration are different