AI chips in this high-speed growth market, Nvidia is still the absolute leader, at the present stage80%Market share.

Intel launches a new generationAI training chip Gaudi2, the process spans from 16nm to7nm, on par with nvidia's A100.

Performance wise, Intel also did something with the A100 at the launchDirect comparison, the training throughput reaches about A100Two times。 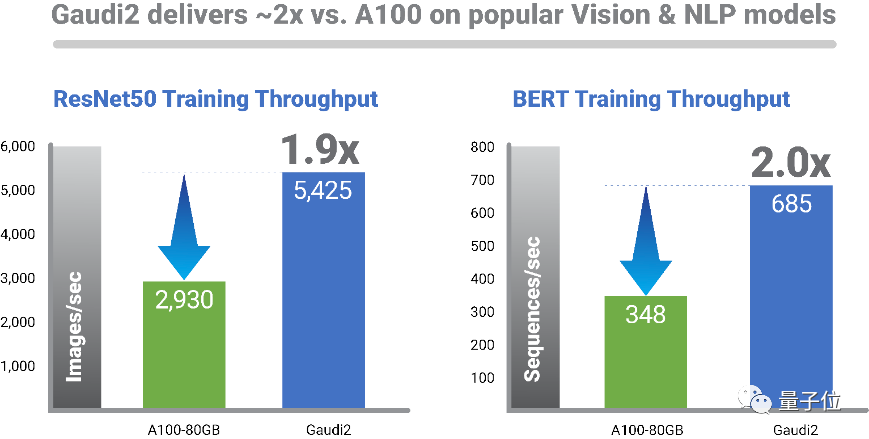 Intel also noted that the Gaudi generation is currently deployed on AWS than NvidiaThe average cost performance is 40% higher, targeted.

Compared with its Own Gaudi generation chips, Intel's this one is no different"Toothpaste bursting"。 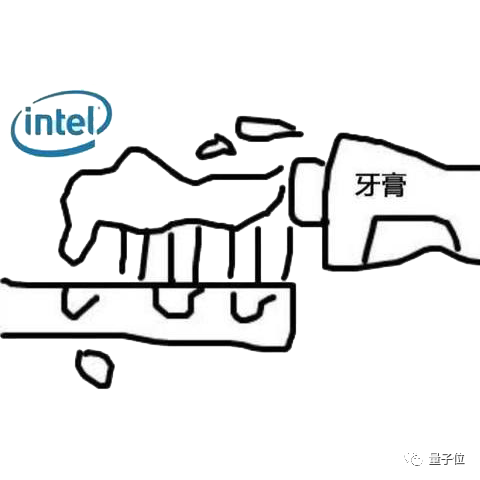 The leap in manufacturing has also brought an increase in the number of components,Tensor coreWe went from 10 to 24, memory Upgrade from 32GB HBM2 to 96GB HBM2E,Cache SRAMIt also doubled from 24MB to 48MB.

The price isThe power consumption of the TDPAlso up from 350W to 600W, though Intel says it still doesn't need liquid cooling. 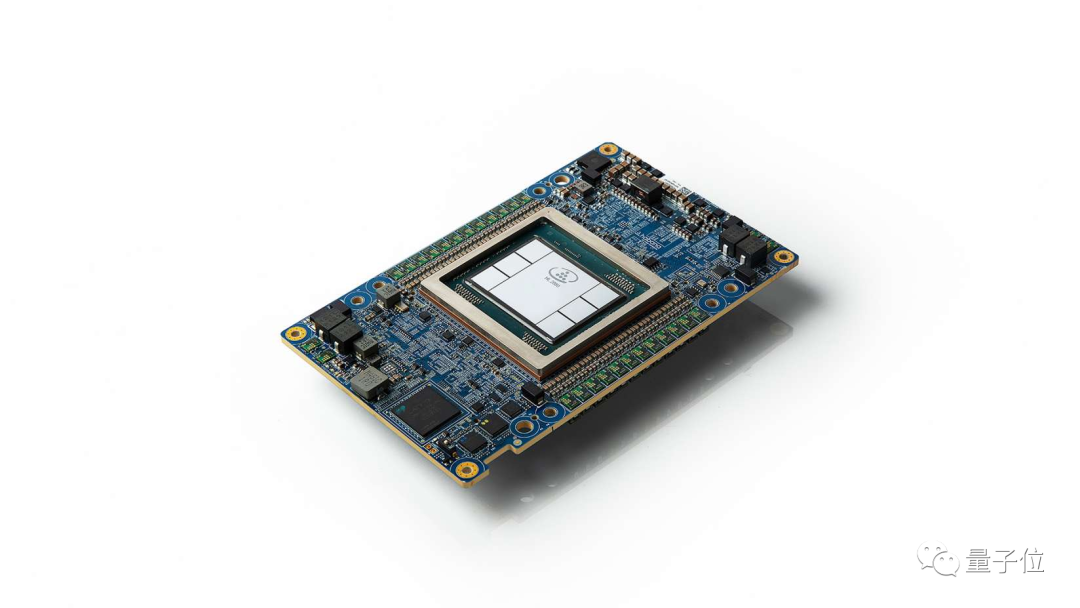 The chips are tough enough, but nvidia faces a tough challenge -- CUDA computing.

Many companies and developers are used to CUDA, and it's not easy for them to migrate.

CUDA isn't really a moat that Nvidia can sustain.

Intel's answer is the open source oneAPI ecosystem, providedUnified programming model across architectures. It can simplify the co-development among CPU, GPU, FPGA and other accelerators for data center. 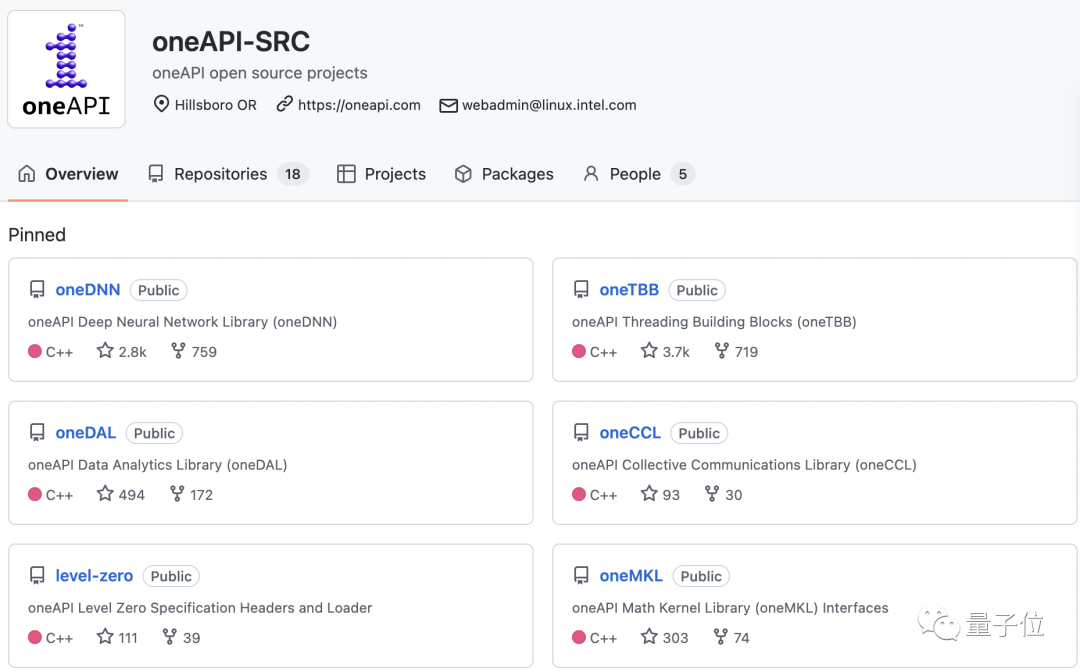 Sandra Rivera, head of Intel's data center and AI group, expects the market for AI chips to grow about 25 percent a year in the future, reaching about $50 billion in five years.

Intel's future plans are mainly throughInnovation and InvestmentTo eat the market, and future investment will be more focused on software.

Actually, the guy who developed the Gaudi chipHabana Labs，The Israeli startup that Intel acquired in 2019.

Other recent Intel investments in data centers and AI chips include:

It also invested in optical I/O Solutions with NvidiaAyar Labs。

Ayar Labs' vision is that in the future chips and systems will be connected by light rather than electrical signals.

Intel this time along with AI new releases also have CPU new products.

The i9-12900HX has up to 16 cores and 5GHz frequency, with a 64% improvement in multi-core performance compared to the previous generation, which is more improved than the APPLE M1 Max. 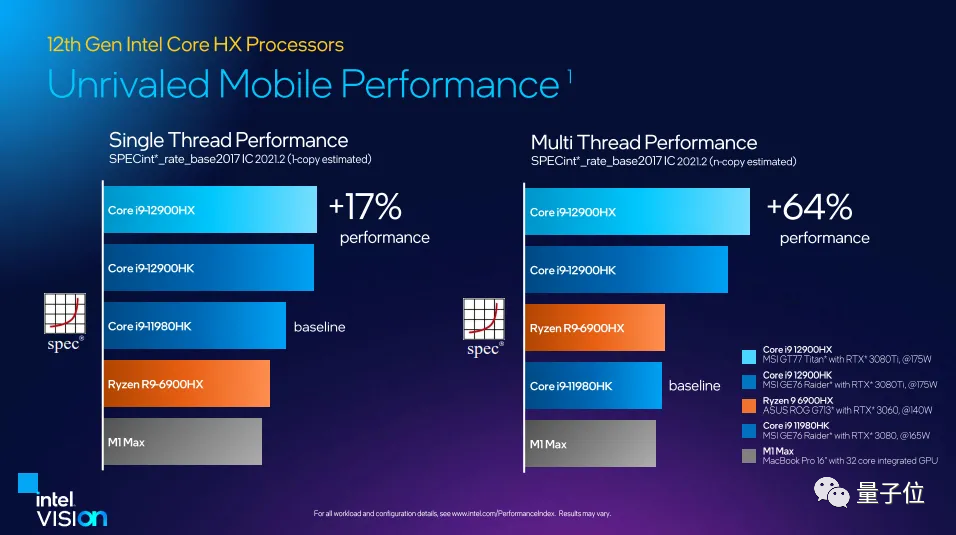 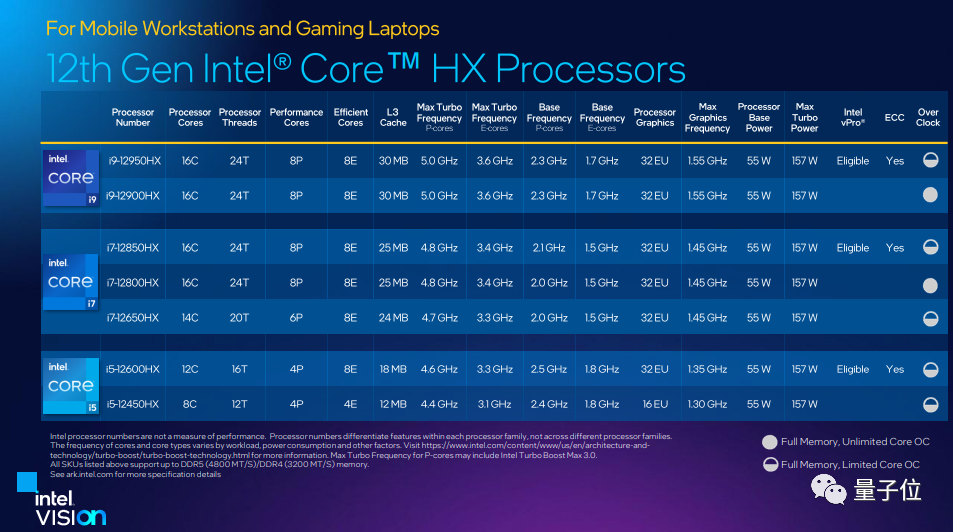 At present, the notebook has lenovo new rescuer Y9000K overseas edition carrying this series, options including I9-12900HX and I7-12800HX.

Related news
Amd epyc processor ecosystem continues to grow with new NVIDIA DGX A100
With CPU and GPU, why do we need special AI chips?
Times have changed! NVIDIA A100 GPU inference performance 237 times rolling CPU
NVIDIA releases A100 80GB accelerator card: double memory and 200% performance improvement of hbm2e
NVIDIA A100 top computing card out of stock: months to go
NVIDIA's first two new GPUs: refresh AI reasoning record, 314 times better performance than CPU
Intel's new AI training chip outperforms the A100's 16-core 5GHz CPU
Hot news this week
The developer of the dating app Tinder has reached an agreement with Google over billing rules for its app store
Red Elf Lightning erupts in the Himalayas Spectacular Spectacle: Experts Reveal What Exactly Is This?
The founder of the Internet Quick Hand Su Hua was taken away for investigation, and the fast hand responded: the news was not true
Or for Studio Display Pro, the release of Apple's 27-inch Mini LED-backlit Display has been delayed by October
One picture to understand! Blue Factory has issued 3 new machines in a row: self-developed chip blessing, the narrowest lower border
Huawei and the Chinese Academy of Sciences jointly developed the new 3D DRAM solution is expected to break through the key root technology of storage
Tencent established a smart technology company in Chengdu, and its business scope includes Internet data services
I once touched the ceiling of the mobile phone screen! Well-known brands announced that the new flagship is the first to carry the Snapdragon 8+
Or has it been spread insidiously in Communities in Europe and the United States: Should We Be Worried About Monkeypox? Experts demystify
Economist credit card monthly bill $11.4! Only paying for a purchase of Tencent Music, the account manager is busy "condolences"
The most popular news this week
Pinduoduo revenue in the first quarter of 23.8 billion increased by 7% year -on -year
Chinese stocks closed mostly up on Friday, Pinduoduo rose more than 15% Kingsoft Cloud rose more than 7%
Expert: Concerns that emojis cause expression to feel less susceptible may be exaggerated
The Changwu B rocket arrives at the Wenchang launch site and will launch the Wentian Experimental Module of the Chinese space station in July
The DuckDuckGo browser was found to have quietly allowed Microsoft to track it
Pinduoduo released the first quarter report, with a revenue of 23.8 billion yuan, starting the technology flow
Can air disinfection stick kill 99.9%coronary virus? Experts: Several levels of concentration are different
Pinduoduo Q1 revenue of 23.8 billion increased 7%and a monthly survival of 750 million. Vice president said that the growth of growth is inevitable.
Liu Chiping resigned from Tencent Music Director, Zheng Runming took over, and the latter had financial management related background
Pinduoduo: As of 12 months of March 31, 2022, the number of active buyers was 881.9 billion, an increase of 7% year -on -year