Ali Zhang Yong: Consumption services without a certain performance of the contract are a bit hooligan

Ali Ri originated from the "SARS" epidemic in 2003. To commemorate the support of Ali employees and their families in the process of fighting against the "SARS", it was set up on May 10, 2005 as "Ali Day". On the same day, Ali Employees invited relatives and friends to walk in the park. Ali's managers reported to the company's progress to relatives and friends, which has always been the tradition of Ali Ri.

Zhang Yong mentioned in the development of Ali in the past year that consumption, cloud computing, and globalization are the three major strategies that Alibaba clearly adhered to. In the past fiscal year, Ali's consumption strategy has steadily moved towards established goals; globalization has been steadily advanced. In the Southeast Asian market alone, consumer groups have exceeded 300 million; in the field of cloud computing, Alibaba Cloud ranks first in China and even Asia.

"In the epidemic environment, all consumer services that have no certain performers are actually a bit hooligan." Zhang Yong said that it is the most critical to enhance the ability of merchants to serve consumers. In specific scenarios, it is necessary to consider the pre -conditions.

In order to ensure the performance of the epidemic period, on April 8th, the hungry, Hema, RT -Mart and rookie increased 3,000 front -line personnel to further strengthen the power supply for Shanghai. At present, Hema Zimi Emergency Channel has covered more than 5,300 communities, and the community collection has served nearly 800 long -term seal -controlled communities; Dayunfa over 1,000 employees adhere to their posts, and it is served in Shanghai for more than 1,000 tons of vegetables and fruits in Shanghai. Trucks, transport vegetables to nursing homes and lonely old people. The real -time service capabilities of hungry, together with RT -Mart's product supply capacity, and rookie's logistics dialing capabilities, form a "relay" for anti -epidemic supply. 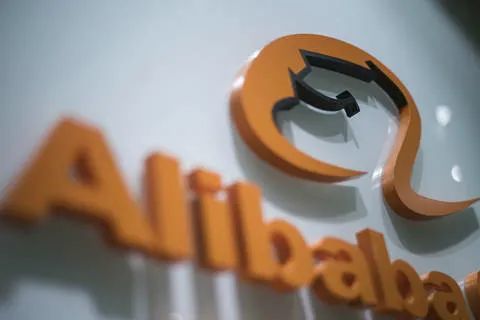 In addition, on April 29, Taobao Tmall stated that it would provide a series of precise rescue measures to Shanghai merchants to help merchants alleviate cash flow pressure, reduce operating costs, and speed up re -production and re -production. This time, Taobao Tmall launched 6 aspects and a total of 20 merchant assistance measures. This series of measures will gradually start nationwide from Shanghai.

Related news
NVIDIA releases 431.70 driver for content creators: GeForce graphics card fully supports 10bit true color
Full of practical information: Toshiba talks about 5-Bit-per-Cell flash memory and shows off the first PCIe 4.0 enterprise SSD (figure)
Dell has customized 4K 10bit display with color calibrator for professionals
First 18bit ISP: Snapdragon 8 lifts the ceiling of mobile photography to new heights
Ali Zhang Yong: Consumption services without a certain performance of the contract are a bit hooligan
Hot news this week
The developer of the dating app Tinder has reached an agreement with Google over billing rules for its app store
Red Elf Lightning erupts in the Himalayas Spectacular Spectacle: Experts Reveal What Exactly Is This?
The founder of the Internet Quick Hand Su Hua was taken away for investigation, and the fast hand responded: the news was not true
Or for Studio Display Pro, the release of Apple's 27-inch Mini LED-backlit Display has been delayed by October
One picture to understand! Blue Factory has issued 3 new machines in a row: self-developed chip blessing, the narrowest lower border
Huawei and the Chinese Academy of Sciences jointly developed the new 3D DRAM solution is expected to break through the key root technology of storage
Tencent established a smart technology company in Chengdu, and its business scope includes Internet data services
I once touched the ceiling of the mobile phone screen! Well-known brands announced that the new flagship is the first to carry the Snapdragon 8+
Or has it been spread insidiously in Communities in Europe and the United States: Should We Be Worried About Monkeypox? Experts demystify
Economist credit card monthly bill $11.4! Only paying for a purchase of Tencent Music, the account manager is busy "condolences"
The most popular news this week
Pinduoduo Q1 revenue of 23.8 billion increased by 7% Technology and agricultural strategy into a dual engine
Musk: Tesla peripheral products can be purchased with Dogecoin
Luo Dayou Sun Yanzi brushed the scenes behind the screen and Tencent began to grab traffic again
Pinduoduo revenue in the first quarter of 23.8 billion increased by 7% year -on -year
Chinese stocks closed mostly up on Friday, Pinduoduo rose more than 15% Kingsoft Cloud rose more than 7%
Expert: Concerns that emojis cause expression to feel less susceptible may be exaggerated
The Changwu B rocket arrives at the Wenchang launch site and will launch the Wentian Experimental Module of the Chinese space station in July
The DuckDuckGo browser was found to have quietly allowed Microsoft to track it
Pinduoduo released the first quarter report, with a revenue of 23.8 billion yuan, starting the technology flow
Can air disinfection stick kill 99.9%coronary virus? Experts: Several levels of concentration are different