Google's developer conference went ahead as planned, showing off the latest Android 13 operating system and the company's flagship phone, both due out this fall. Are you looking forward to it?

And the interesting thing is,Google simultaneously announced the new Pixel 7/7 Pro at the conference. The design of the Pixel 7/7 Pro continues the style of the previous generation, including the horizontal Bar rear Camera layout with perforated front Camera and Camera Bar. The plastic rear cover has been replaced, improving the quality of the whole device.

Google has confirmed that the New Pixel 7 will stick with the Tensor custom SoC, and it's rumored to be introducing something codenamed &LDquo Cloudripper” GS102 chip, and g5300B modem from Samsung. 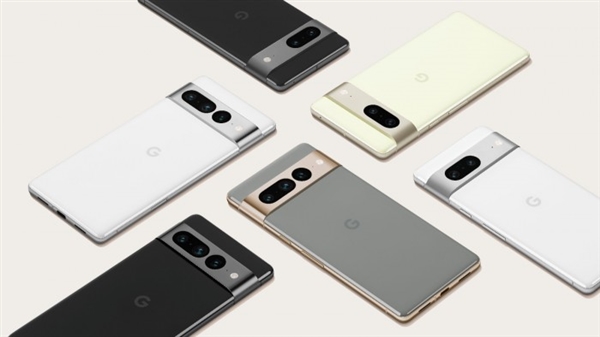 In Android 13, shown today, users will be able to customize the colors of your themes more.Once you select a color variant, you'll see it applied throughout the operating system, highlighting wallpaper and style, and extending the color theme of your app ICONS beyond Google Apps. 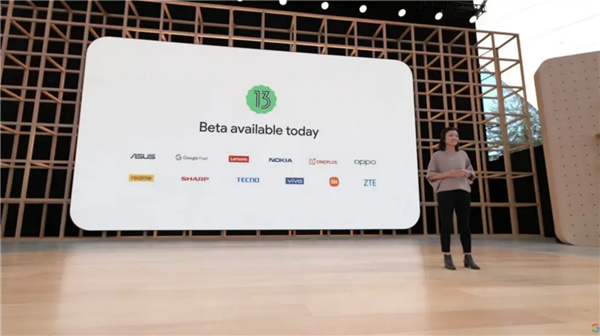 In addition, Google is bringing a new media control that can customize its appearance based on the music you're listening to, featuring artwork from an album.

Google is also bringing more and more updates to tablets and larger screens to give you a better overall experience on a tablet. That means tablets will also get better app support and zooming, with a tablet user dragging and dropping apps like Google Photos and Gmail into a split screen from a new all Apps entry point in the taskbar.

As for the rest of the features, Google already showed them off in Beta 1, so overall you're not too familiar with Android 13. 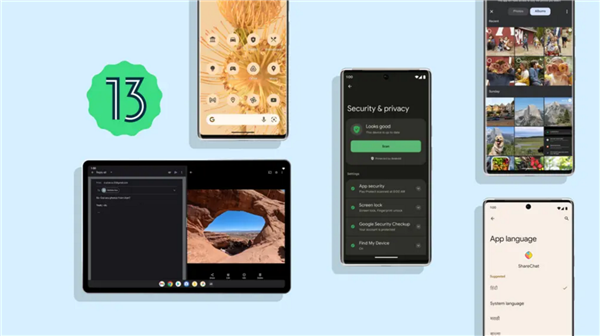 Related news
1MORE called apple sony! A real wireless headset is AirPods.
Not Android 13! It is revealed that the next version of Android is Android 12.1
Update Android 13: The first feeling is that it's smoother
Android 13 beta 1 public beta new features
These phones are available for the first time to experience Android 13
Hot news this week
The developer of the dating app Tinder has reached an agreement with Google over billing rules for its app store
Red Elf Lightning erupts in the Himalayas Spectacular Spectacle: Experts Reveal What Exactly Is This?
The founder of the Internet Quick Hand Su Hua was taken away for investigation, and the fast hand responded: the news was not true
Or for Studio Display Pro, the release of Apple's 27-inch Mini LED-backlit Display has been delayed by October
One picture to understand! Blue Factory has issued 3 new machines in a row: self-developed chip blessing, the narrowest lower border
Huawei and the Chinese Academy of Sciences jointly developed the new 3D DRAM solution is expected to break through the key root technology of storage
Tencent established a smart technology company in Chengdu, and its business scope includes Internet data services
I once touched the ceiling of the mobile phone screen! Well-known brands announced that the new flagship is the first to carry the Snapdragon 8+
Or has it been spread insidiously in Communities in Europe and the United States: Should We Be Worried About Monkeypox? Experts demystify
Economist credit card monthly bill $11.4! Only paying for a purchase of Tencent Music, the account manager is busy "condolences"
The most popular news this week
Pinduoduo revenue in the first quarter of 23.8 billion increased by 7% year -on -year
Chinese stocks closed mostly up on Friday, Pinduoduo rose more than 15% Kingsoft Cloud rose more than 7%
Expert: Concerns that emojis cause expression to feel less susceptible may be exaggerated
The Changwu B rocket arrives at the Wenchang launch site and will launch the Wentian Experimental Module of the Chinese space station in July
The DuckDuckGo browser was found to have quietly allowed Microsoft to track it
Pinduoduo released the first quarter report, with a revenue of 23.8 billion yuan, starting the technology flow
Can air disinfection stick kill 99.9%coronary virus? Experts: Several levels of concentration are different
Pinduoduo Q1 revenue of 23.8 billion increased 7%and a monthly survival of 750 million. Vice president said that the growth of growth is inevitable.
Liu Chiping resigned from Tencent Music Director, Zheng Runming took over, and the latter had financial management related background
Pinduoduo: As of 12 months of March 31, 2022, the number of active buyers was 881.9 billion, an increase of 7% year -on -year