In fact, there is no doubt that There are serious internal control omission in GUANGfa Bank. In recent years, senior executives of Guangfa Bank have been dismissed one after another, receiving tens of millions of fines and even being fined 722 million yuan for illegal guarantee cases, and being named by regulators for internal control management and staff management problems.

Behind the case, however, is the phenomenon of "flying bills" that once plagued the banking industry. Before this, huaxia Bank, Bank of Shanghai and other major banks "flying orders" case has exploded, Minsheng Bank 1.65 billion "fake financial case" is shaking the financial circle. 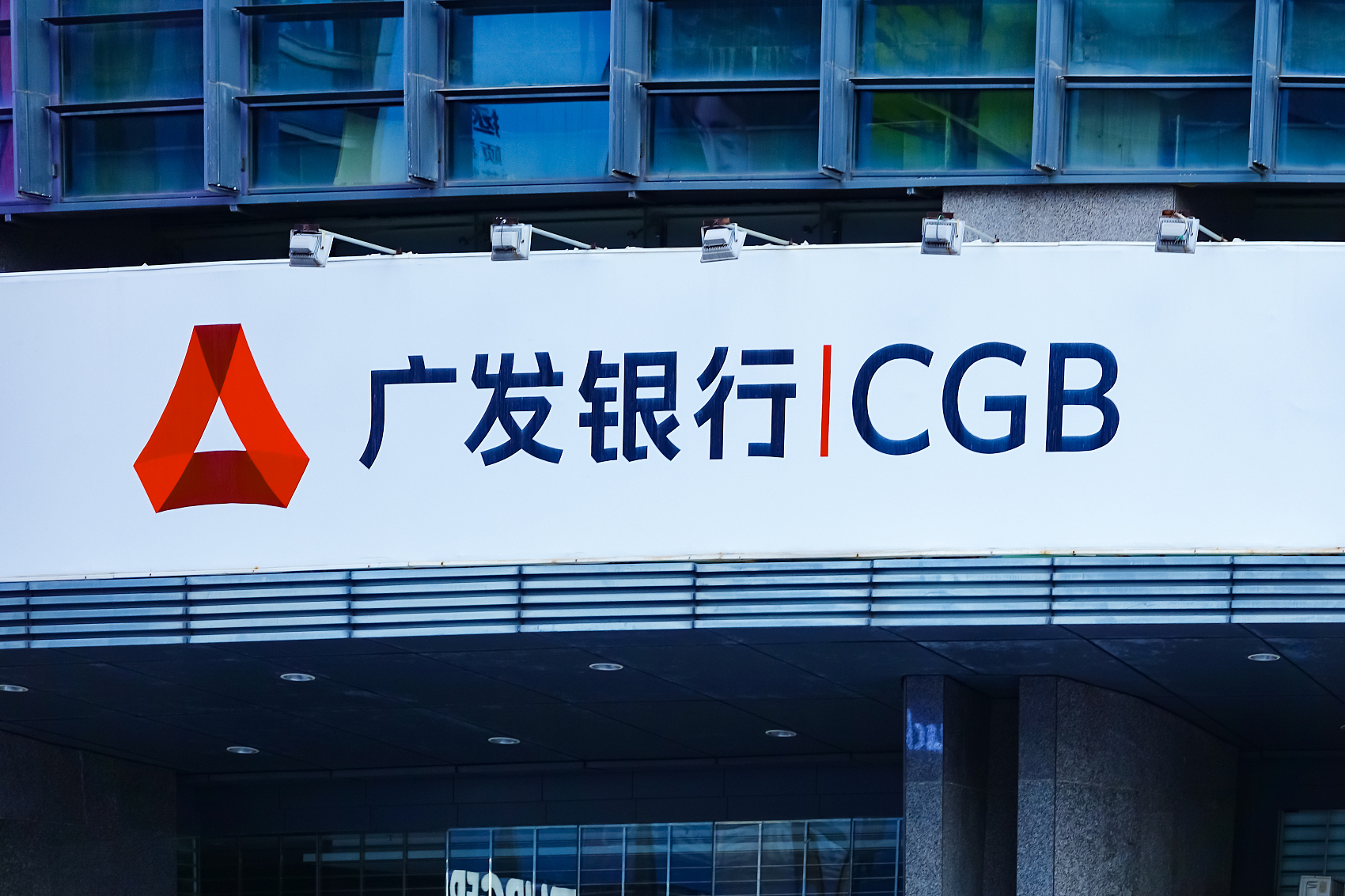 Specifically, in October 2012, When Ms. Jiao's deposit in Guangfa Bank Sungong Branch was due, the bank's financial manager Guo recommended a product to it, claiming to be "safe and safe". Under guo's strong recommendation, Ms. Jiao invested a total of 3.2 million yuan to buy related products. However, after the expiration of the project, the bank manager was unable to pay the funds, and the actual controller of the company involved in the product was arrested. Jiao also filed a lawsuit with the court.

After many years, the case ushered in the final judgment: Guo, the former financial manager of Guangfa Bank, illegally sold financial products to Jiao and other customers, which constituted a duty act, and the corresponding legal consequences were borne by Guangfa Bank, so the bank was judged to bear 50% responsibility for jiao's investment loss.

With the final verdict of the hammer, the case re-entered the public field of vision, the market attention again focused on the bank financial management "fly sheet".

The so-called "flying order" refers to the fact that bank staff sell financial products issued by non-affiliated banks or third-party institutions that have not reached a commission sale agreement with the bank to customers in private through the bank platform, and get high commission from them. According to insiders, in normal business hours, when bank managers introduce financial products to customers in the bank's business premises, customers will hardly doubt the authenticity of the products, which has hidden dangers for the occurrence of flightsheet phenomenon.

It is understood that the financial services provided by commercial banks for customers, such as personal finance, are highly technical, specialized and intelligent, which makes customers and banks have a high degree of trust. However, due to the lack of internal control management, the existence of moral hazard and other factors, "flyaway" has always been a stubborn disease in the sale of bank financial products.

In fact, in addition to Guangfa Bank, in recent years, Huaxia Bank, Minsheng Bank and many other banks "fly orders" cases also frequently burst thunder. Previously, in March this year, Ms. Cheng in The Changan branch of Huaxia Bank financial "flight" was cheated more than 200 in case of final judgment. The "flying orders" case involved a total of 181 investors worth more than 480 million yuan, causing investors to lose more than 190 million yuan.

In 2020, the final judgment of the 1.65 billion "fake financial management case" of CMBC Aerospace Bridge Branch shocked the financial circle. The branch president involved defrauded 147 victims of a total of 2.7 billion yuan and was sentenced to life imprisonment. In 2019, the "flying orders" case of Shanghai Bank's Pusan Road Branch exploded. Lu, the former financial manager, privately sold private funds to 27 depositors, with a total amount of more than 37 million yuan.

"However, the phenomenon of 'flying orders' has been relatively rare in the past two years," a bank manager told Caijing World, a weekly magazine. In recent years, the regulatory authorities have issued relevant regulations to prevent and control the market chaos such as misleading sales and private sales of' flying orders'. "At present, banks require 'double recording' (audio and video recording) when selling financial products. Meanwhile, the business is gradually going online. Investors can also buy financial products through mobile banking apps.

With the exposure of the "fly single" case, Guangfa Bank also once again stood in the public opinion on the cusp of the storm. In fact, despite much of the crackdown, the bank continues to be fined.

In February 2021, The State Administration of Foreign Exchange made public a number of foreign exchange violation cases of banks, which showed that from January 2015 to February 2016, Wenzhou Branch of GUANGfa Bank was fined 17.64 million yuan for failing to fulfill audit responsibilities and illegally handling loans under onshore guarantee.

The most shocking thing in the financial industry is that in December 2017, GUANGfa Bank was fined 722 million yuan for illegal guarantee cases. At that time, the regulator listed 12 major violations, including "serious violation of prudential operation rules by internal control management" and "failure to due diligence to examine the authenticity of the trade background of factoring business".

In addition to the frequent fines, executives at GUANGfa Bank and its subsidiaries have also been in turmoil, including the recent revelation that two senior executives were detained in a single day for investigation.

Lu Shengnan, a former member of the Party Committee and assistant to the general manager of guangfa Bank's credit card center, and Qiao Yuliang, director of the inspection office of guangfa Bank's Party Committee, are under investigation for suspected serious violations of discipline and law, according to two investigation notices released by guangzhou Tianhe District Supervision Commission on April 13.

And in September last year, guangfa Bank also had a branch president "fall". Zhao Yong, former party secretary and president of Guangfa Bank Tianjin Branch, was expelled from the COMMUNIST Party of China (CPC) on Sept. 7, 2021 for suspected serious violations of discipline and law, according to the ccDI website.

Related news
Disassembly report: iPhone 11 Pro smart battery case smart battery case (a2184)
Involving the "three crimes" such as the misappropriation of loan funds, the Shaoxing branch of Guangfa Bank was fined 1.1 million yuan
Guangfa Bank 3.2 million "flying orders" behind the case, tens of millions of fines, employees involved in frequent cases
WHERE TO BUY GRADE AA+ UNDETECTABLE COUNTERFEIT BANK NOTES,
Partner Needed For A Multi Million Business Venture.
Hot news this week
The developer of the dating app Tinder has reached an agreement with Google over billing rules for its app store
Red Elf Lightning erupts in the Himalayas Spectacular Spectacle: Experts Reveal What Exactly Is This?
The founder of the Internet Quick Hand Su Hua was taken away for investigation, and the fast hand responded: the news was not true
Or for Studio Display Pro, the release of Apple's 27-inch Mini LED-backlit Display has been delayed by October
One picture to understand! Blue Factory has issued 3 new machines in a row: self-developed chip blessing, the narrowest lower border
Huawei and the Chinese Academy of Sciences jointly developed the new 3D DRAM solution is expected to break through the key root technology of storage
Tencent established a smart technology company in Chengdu, and its business scope includes Internet data services
I once touched the ceiling of the mobile phone screen! Well-known brands announced that the new flagship is the first to carry the Snapdragon 8+
Or has it been spread insidiously in Communities in Europe and the United States: Should We Be Worried About Monkeypox? Experts demystify
Economist credit card monthly bill $11.4! Only paying for a purchase of Tencent Music, the account manager is busy "condolences"
The most popular news this week
Pinduoduo revenue in the first quarter of 23.8 billion increased by 7% year -on -year
Chinese stocks closed mostly up on Friday, Pinduoduo rose more than 15% Kingsoft Cloud rose more than 7%
Expert: Concerns that emojis cause expression to feel less susceptible may be exaggerated
The Changwu B rocket arrives at the Wenchang launch site and will launch the Wentian Experimental Module of the Chinese space station in July
The DuckDuckGo browser was found to have quietly allowed Microsoft to track it
Pinduoduo released the first quarter report, with a revenue of 23.8 billion yuan, starting the technology flow
Can air disinfection stick kill 99.9%coronary virus? Experts: Several levels of concentration are different
Pinduoduo Q1 revenue of 23.8 billion increased 7%and a monthly survival of 750 million. Vice president said that the growth of growth is inevitable.
Liu Chiping resigned from Tencent Music Director, Zheng Runming took over, and the latter had financial management related background
Pinduoduo: As of 12 months of March 31, 2022, the number of active buyers was 881.9 billion, an increase of 7% year -on -year