Exposure C-port iPhone has begun to test the End of Lightning Interface 10 years of history?

Original title: The new EU law is a masterpiece: exposed that Apple is testing the USB-C interface iPhone, and the 10-year history of Lightning will usher in the curtain

IT House May 14 news, Apple in 2012 in the United States San Francisco Yerba Buena Convention Center released the iPhone 5 with the new Lightning Dock interface and the same generation of iPod.

It's an interface that users love and hate, and it uses an 8-pin front, pluggable on both sides and a size similar to Micro USB, replacing apple's long-used 30-pin connector. In addition, Apple also provides an adapter for the convenience of users after switching interfaces.

On Wednesday, Apple analyst Ming-Chi Kuo tweeted his guess that Apple would consider moving the iPhone 15 series from the Lightning port to the USB-C interface in 2023. Now, Bloomberg's Mark Gurman confirmed the move, citing "people familiar with the situation" that Apple is already testing the new machine.

Some media believe that Apple is testing the Type-C interface of the iPhone may be because it is currently facing EU legislation to force the use of USB-C interface, but the scientific iPhone will not be replaced by 2023.

Previously, analyst Guo Mingxi believed that switching to the USB-C interface can improve the transmission and charging speed of the iPhone, but the specific specifications depend on how iOS supports it. 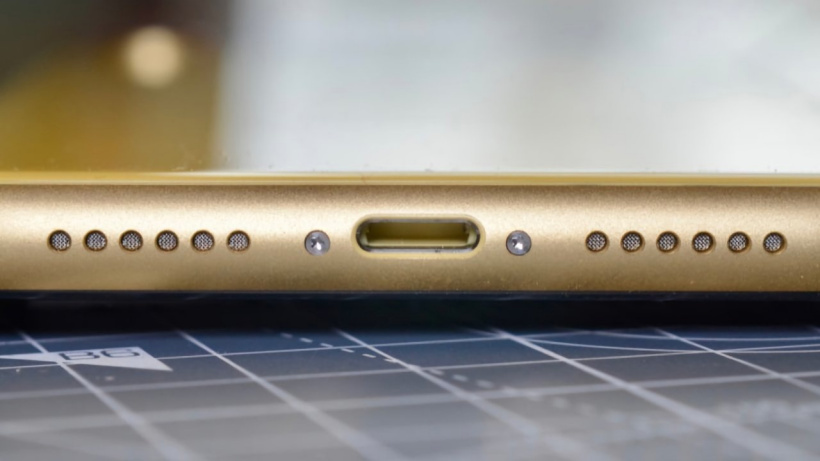 In addition to being tested with USB-C models in recent months, Apple is also working on a new adapter that will allow future iPhones to use accessories designed for existing Lightning interfaces, people familiar with the matter said. Because the matter was confidential, the source declined to be named.

If Apple continues on this road, it will not be until 2023 at the earliest (before the usb-C interface of the iPhone can be launched). Apple plans to keep the Lightning interface on this year's new model (the iPhone 14 series).

The USB-C connector is slightly larger than the Lightning connector, but can provide faster charging speeds and data transfer rates... But most Apple accessories — including AirPods, Apple TV remotes, MagSafe batteries and MagSafe Duo chargers — will still use Lightning. So Apple is still developing a USB-C adapter to alleviate this problem, but it's unclear whether Apple will attach it to the box or make users pay for it extra.

There are also many third-party accessories, such as chargers, car adapters, and external microphones that use the existing Lightning interface, and as the USB-C interface transitions, Apple will force third-party vendors to redesign their products.

As for why you're asking Why Apple suddenly figured it out, a key reason is that the European Union decided to force phone and other device makers to adopt USB-C ports. In April of this year, legislation on this requirement was passed... It's unclear whether Apple will abandon the USB-C interface if the new European bill fails to materialize.

In any case, Apple has now begun to test the new USB-C interface of the iPhone, and it is expected that Apple's iPhone without an interface will also appear one day in the future.

In fact, Apple provided feedback to the European Commission as early as 2018 on the issue of USB-C:

Apple stands for innovation and will drive consistency across all smartphones with built-in connectors, a behavior that denies innovation rather than encourages it. Such a proposal is detrimental to the environment and causes unnecessary disruption to customers.

More than 1 billion Apple devices already use Lightning connectors, and we have a complete ecosystem of accessory and device manufacturers who use Lightning to serve our mutual customers.

We want to make sure that any new legislation doesn't result in every device coming with any unnecessary cables or external adapters, or making devices and accessories used by millions of European users and hundreds of millions of Apple users worldwide "obsolete." This will lead to an unprecedented amount of e-waste, cause great inconvenience to users, and disrupt this huge market, the consequences of which will go far beyond the set goals of the European Commission.

It is worth mentioning that in order to protect the environment, Apple has cut off the accessories of Apple's mobile phone on this basis when launching the iPhone 12 series in 2020, leaving only a mobile phone and a data cable in the entire package.

Related news
iPhone 12 original line surprise? C to Lightning Fast-Filled Fabric Line Evaluation
Exposure C-port iPhone has begun to test the End of Lightning Interface 10 years of history?
Hot news this week
Tencent Music rose more than 3%, and its average monthly revenue of more than 10,000 musicians in 2021 doubled, and NFT will generate revenue for musicians
China Telecom and Huawei jointly released "Super Time Frequency Fold" 5G Determine Network wireless key technology
CNKI is a wholly foreign-owned enterprise? A-share listed company Tongfang shares responded in this way...
Apple has increased incentives in China to up to 15,000 yuan after cutting the trade-in price in the US
Washing your nose with salt Water may Prevent COVID-19, experts warn
"Tmall responds to over 300 minus 50" to the hot search, netizens: Don't engage in Olympiad, less routine more sincerity
Gree Electric has nothing to do with Gree Real Estate! Dong Mingzhu reiterated that he did not do finance and real estate
Xiang responded to Tesla's lawsuit by saying he was dissatisfied with tesla's arrogant attitude but not defamatory
Microsoft has launched an adaptive mouse for people with disabilities that can be assembled as many parts as they want
After the release of the 2999 yuan new machine, it instantly became the hottest model in the headlines: dominating the list all night
The most popular news this week
The domestic screens are rolled to the 2K screen. Why don't Apple follow the roll?
Experts remind: Do not put disinfection pieces to the sewer, it is useless and harmful to disinfection outdoor outdoor disinfection
Flying Pig's new "Yunyou Museum" can watch the live broadcast of nearly 20 museums in China
DEEPMIND training more than 600 tasks such as chatting, playing games, and accumulating wood
4K display uses 240Hz for the first time! Samsung's new flagship display is coming
Accidentally found a new track! AMD Rayon 7 6800U batch arrived
Better iPhone signal! Apple has released a new official version of iOS
iPhone security big overturn, built-in chip low-power operation, after shutdown can still be tracked location
Hong Kong stocks popular technology stocks rose sharply: JD.com rose more than 9% Ali rose more than 8%
Yu Minhong: Strive to open source while reducing costs quickly, or New Oriental will die