IT House News on May 13. Previously, there have been rumors that Apple will launch iPhone models that only support ESIM, that is, mobile phones have no physical SIM card slot. However, a few years before the ESIM technology, Apple founder Steve Jobs had hoped that the original iPhone had no SIM card slot and did not use physical SIM cards. 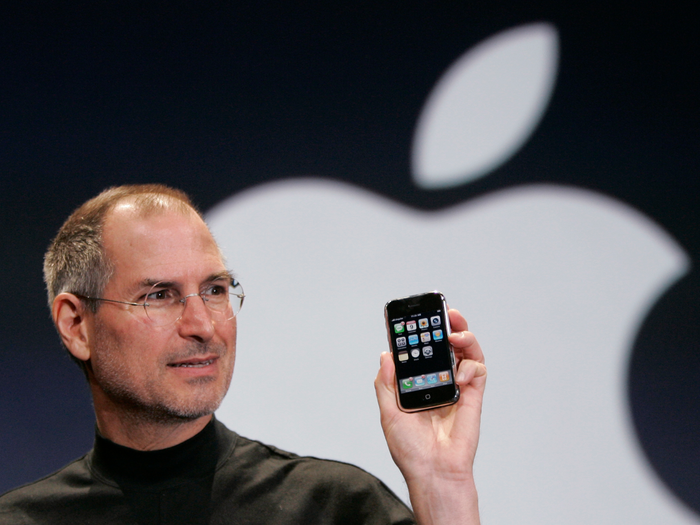 This information was revealed by Tony Fadell, the former iPod president of Apple, and told the story in an interview with reporter Joanna Stern in the special event of the Computer History Museum.

According to Fadell, in the early development of the iPhone, due to Steve Jobs' design preference, he opposed the idea of designing the SIM card slot in the device. In the words of the "iPod", Jobs told the engineer and designer who was developing the iPhone, "We don't want to open another hole on it."

At that time, the co -founder of Apple took the operator Verizon as an example, claiming that the iPhone without the SIM card slot could be realized because the operator focused on the CDMA network at the time, and the CDMA mobile phone did not need the SIM card, which was directly related to the operator’s by the operator. The network is connected.

Fadell then mentioned that he had to use market data to persuade Jobs. He said that it was impossible to use CDMA instead of GSM networks on the iPhone, because the former's adoption rate was very low.

Fadell said, "When you work with a person with a very good opinion, and when you have to refute him, you have to speak with data, and you need to convince him the entire team." A person will not work. "

Fadell once again tells the story of the development of iPod. This time he mentioned the importance of the idea of opening Apple retail stores for Apple's business model. Fadell explained that in Apple, they believe that the best candidate for sales products is to create it. At the same time, the company needs a space to tell product stories to show people why they need to buy these products. "This is why Apple retail stores are so powerful."

IT House learned that in his new book "BUILD", Fadell shared some stories about his work in Apple, including how Jobs opposed to compatibility of iPod and Windows PC.

Related news
Jobs once hoped that the first generation of Apple iPhone did not use physical SIM cards to be discouraged after giving up
Hot news this week
Tencent Music rose more than 3%, and its average monthly revenue of more than 10,000 musicians in 2021 doubled, and NFT will generate revenue for musicians
China Telecom and Huawei jointly released "Super Time Frequency Fold" 5G Determine Network wireless key technology
CNKI is a wholly foreign-owned enterprise? A-share listed company Tongfang shares responded in this way...
Apple has increased incentives in China to up to 15,000 yuan after cutting the trade-in price in the US
Washing your nose with salt Water may Prevent COVID-19, experts warn
"Tmall responds to over 300 minus 50" to the hot search, netizens: Don't engage in Olympiad, less routine more sincerity
Gree Electric has nothing to do with Gree Real Estate! Dong Mingzhu reiterated that he did not do finance and real estate
Xiang responded to Tesla's lawsuit by saying he was dissatisfied with tesla's arrogant attitude but not defamatory
Microsoft has launched an adaptive mouse for people with disabilities that can be assembled as many parts as they want
After the release of the 2999 yuan new machine, it instantly became the hottest model in the headlines: dominating the list all night
The most popular news this week
The domestic screens are rolled to the 2K screen. Why don't Apple follow the roll?
Experts remind: Do not put disinfection pieces to the sewer, it is useless and harmful to disinfection outdoor outdoor disinfection
Flying Pig's new "Yunyou Museum" can watch the live broadcast of nearly 20 museums in China
DEEPMIND training more than 600 tasks such as chatting, playing games, and accumulating wood
4K display uses 240Hz for the first time! Samsung's new flagship display is coming
Accidentally found a new track! AMD Rayon 7 6800U batch arrived
Better iPhone signal! Apple has released a new official version of iOS
iPhone security big overturn, built-in chip low-power operation, after shutdown can still be tracked location
Hong Kong stocks popular technology stocks rose sharply: JD.com rose more than 9% Ali rose more than 8%
Yu Minhong: Strive to open source while reducing costs quickly, or New Oriental will die