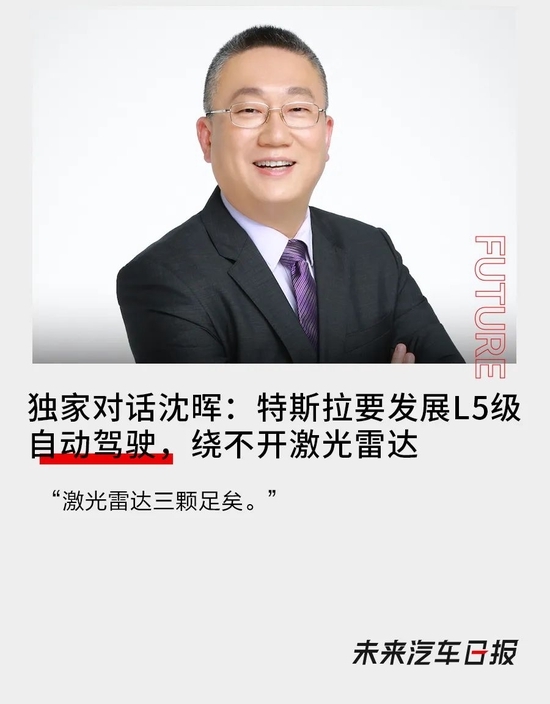 On May 9th, the first live program created by the future car daily joint number was launched. In the first issue, we invited Shen Hui, the founder, chairman and CEO of Weimar Automobile as a guest live room. Following the topic, "When will the car company re -production and re -production, when can we return to blood?" It started a wonderful discussion.

The new round of epidemic is counterattack. What is the progress of the re -production of car companies? Can it quickly restore production capacity in a short time? Can the owner's car pick up the car without being affected? The following is a wonderful content of this live broadcast (excerpted by the future car daily).

Q: Recently, new energy vehicles are generally increased in prices, and car companies have reduced some user rights and interests. What factors are related to?

Shen Hui:Lithium batteries have a greater impact, because nickel cobalt manganese and electrolyte are all rising.

In fact, the overall production capacity of the battery is gradually growing. Under the guidance of the National Development and Reform Commission, the battery capacity will be basically in place next year. By then, the battery price will be stabilized.

Q: After the battery supply is sufficient next year, will the supply and price of new energy vehicles change?

Shen Hui:It's hard to say now. If the price of accessories increases and the finished product is not rising, the company's operation is not good, then it will not provide users with the best experience. Car companies have to make a century -old brand, unlike electrical companies. Car sales involve online and offline maintenance services, so we must find ways to improve our efficiency to ensure controlling costs and try to satisfy users.

(Whether the price of the model will fall next year) It is necessary to wait for the entire supply chain to stabilize before judging. There are several factors, one is the problem of production capacity, and the other is raw materials. It is not easy to judge.

Q: There are as many as 12 levels of automobile suppliers, and each level of suppliers may be affected. What measures to deal with the possible emergencies of suppliers?

Second, it is conducive to quality control. It is hoped that Wima will raise this theory after a head -headed enterprise. The theory of manufacturing companies in the next generation of real economy in the future will not come from Japan, and it may come from China.

Q: All kinds of uncertain factors are added together to make the industry's motivation to make some adjustments. If you look at the problem dialectically, what are the favorable things to the Wama and the automotive industry in the process of confrontation?

Shen Hui:Any crisis is an opportunity, the raw materials are short, and they hope to make the product well. We are not simply increased the price, but we have added a lot of functions, and the experience is different from the original.

Therefore, this is actually an opportunity to force us to think and act, how can we do better.

Q: This year can be said to be the first year of laser radar on the car. What is the meaning of lidar for driverless technology? What is the application scenario of lidar?

Shen Hui:The two most leading laser radar companies were in the United States, both in Silicon Valley and two places close to Tesla. However, Tesla insists on not using laser radar, and believes that the pure visual solution of intelligent use of cycling can be solved. A maximum of two low -cost cameras can be used.

However, we believe that with two low -cost cameras in China, it still cannot solve many extreme scenes through integration software, such as bad weather, waiting at night. Still depend on lidar.

Of course, there are many problems with laser radar. Recently, everyone is discussing how laser radar should be placed. The stability of the second lidar itself has to be improved, and it may not be able to play stable in extreme weather and at night, so different factions of lidar are generated. Third, the cost of laser radar is also the most controversial issue. I think Tesla has always insisted that the most important thing is because of the cost because they can't see the dawn in the United States.

At present, a group of excellent laser radar companies emerging from China. After continuous testing, we can truly achieve advanced technology, stable quality, and low cost in the next year or two. So the new car we delivered this year is already equipped with lidar.

Regarding the quantity dispute, I think the three are very reasonable. The three can already meet the hardware demand of L3 -level autonomous driving and achieve a certain redundant. One on top of the head and two beside it can cover a 360 -degree perspective. In addition, such a placement scheme also avoids the laser radar during driving to the greatest extent. Such an expensive parts, if it is stubborn, the maintenance cost is very high.

I personally think that if Tesla wants to develop L5 -level autonomous driving in China, it will not be able to avoid using lidar. Most of the good laser radar suppliers will come from China in the future. Now it depends on we are the heroes, and they are close to the level of mass production. This is a bit like China's battery industry. Around 2014 and 2015, when the battery industry began, there was no one that could be comparable to Japanese companies at that time. However, at this stage, I think that many battery companies in China have surpassed Japanese suppliers and also left Korean companies behind them.

Q: After there is a lidar blessing, will there be a significant difference in autonomous driving technical experience?

Shen Hui:Can be used to describe it. Doing driverless cars is like being a robot. For example, perception algorithms are like eyes, decision -making is the brain, the control algorithm is nerve, and usually cooperates with third parties, because it is very energetic, time and money. It is unrealistic to do it by yourself. Adding a laser radar is like one more eye, looking more clearly.

Q: On the basis of everyone's laser radar, if you want to highlight the technical advantages of autonomous driving, what aspects should I break through?

Shen Hui:I think it is still these aspects. One is scene planning, technology leading, and quality stability, and cost and experience are also critical. Let's take a look at the most common scenes of Chinese users. For example, Tesla's high -speed pilot system can change ramps at high speeds, and everyone feels very powerful. Because this is a high -frequency usage scenario in the United States. But in the Chinese market, the parking scenario is higher. Therefore, scene planning is very important. I think it is not suitable to learn Tesla because their driving habits are different from us.

Second, technical stability is very important. We are not simply modified vehicles, but to achieve mass production. There is also an OTA to give users richer usage scenarios.

Q: If you enter the new energy industry now, what dividends are there?

Related news
NVIDIA Announces 12 Core CPU/7 multiple performance of DRIVE AGX Orin:L5 Class autopilot
NVIDIA nuclear Orin uses Samsung 8nm technology, L5 level self driving needs 750W power consumption
Tesla L5's autopilot is in a hurry, musk. You're blowing a little wild this time
In the next five years, We will cultivate 5 million AI talents
Weimar Automobile CEO Shen Hui: Tesla wants to develop L5 -level autonomous driving cannot turn around lidar
Hot news this week
The developer of the dating app Tinder has reached an agreement with Google over billing rules for its app store
Red Elf Lightning erupts in the Himalayas Spectacular Spectacle: Experts Reveal What Exactly Is This?
The founder of the Internet Quick Hand Su Hua was taken away for investigation, and the fast hand responded: the news was not true
Or for Studio Display Pro, the release of Apple's 27-inch Mini LED-backlit Display has been delayed by October
One picture to understand! Blue Factory has issued 3 new machines in a row: self-developed chip blessing, the narrowest lower border
Huawei and the Chinese Academy of Sciences jointly developed the new 3D DRAM solution is expected to break through the key root technology of storage
Tencent established a smart technology company in Chengdu, and its business scope includes Internet data services
I once touched the ceiling of the mobile phone screen! Well-known brands announced that the new flagship is the first to carry the Snapdragon 8+
Or has it been spread insidiously in Communities in Europe and the United States: Should We Be Worried About Monkeypox? Experts demystify
Economist credit card monthly bill $11.4! Only paying for a purchase of Tencent Music, the account manager is busy "condolences"
The most popular news this week
Pinduoduo Q1 revenue of 23.8 billion increased by 7% Technology and agricultural strategy into a dual engine
Musk: Tesla peripheral products can be purchased with Dogecoin
Luo Dayou Sun Yanzi brushed the scenes behind the screen and Tencent began to grab traffic again
Pinduoduo revenue in the first quarter of 23.8 billion increased by 7% year -on -year
Chinese stocks closed mostly up on Friday, Pinduoduo rose more than 15% Kingsoft Cloud rose more than 7%
Expert: Concerns that emojis cause expression to feel less susceptible may be exaggerated
The Changwu B rocket arrives at the Wenchang launch site and will launch the Wentian Experimental Module of the Chinese space station in July
The DuckDuckGo browser was found to have quietly allowed Microsoft to track it
Pinduoduo released the first quarter report, with a revenue of 23.8 billion yuan, starting the technology flow
Can air disinfection stick kill 99.9%coronary virus? Experts: Several levels of concentration are different