The new cool products are free to play for the first time, and there are many high-quality talents to share unique life experiences, come to Sina crowd testing, experience the most cutting-edge, most interesting and most interesting products in various fields~! Download the client and get exclusive benefits!

May 15 news that Netflix may enter the live broadcast space, according to Deadline, Netflix is currently developing a live broadcast function for stand-up comedy specials and other content. 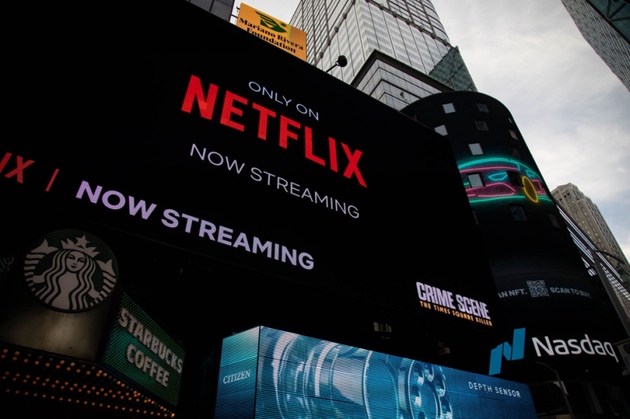 Support for live streaming could offer Netflix the possibility of broadcasting live reunions, such as a recent reunion hosted by the real estate reality show Sales Sunset and the launch of live voting for contest shows.

Netflix can also take advantage of this feature to stream live comedy specials. This year, Netflix hosted its first-ever offline comedy festival called Netflix Is a Joke Fest. The Los Angeles-based event lasted for several days and featured more than 130 popular comedians. Netflix will start streaming some of the shows it recorded at the event later this month and in June, but the live streaming feature lets users watch the comedy festival in real time from home.

One of Netflix's biggest competitors, Disney Plus, has dabbled in live streaming, and in February this year, Disney Plus aired a live broadcast of the Oscars, which is the first time for Disney Plus, and the star dance competition series "Dance with the Stars" will also debut as a live show on the platform later this year.

In Netflix's most recent earnings report, the streaming service experienced its first user churn in more than a decade, while Disney Plus added 7.9 million new subscribers in the first quarter of 2022. In response to the decline in revenue and users, Netflix hinted that it might crack down on password sharing, as well as launching a low-cost subscription model with ads

Related news
Facebook is about to launch the Facebook news project to provide users with selected news
News Break！ Shen Xiangyang invests and serves as the chairman of "today's headlines" of the US Edition
Apple News
Google announces news showcase in Australia
Hot news this week
Tencent Music rose more than 3%, and its average monthly revenue of more than 10,000 musicians in 2021 doubled, and NFT will generate revenue for musicians
China Telecom and Huawei jointly released "Super Time Frequency Fold" 5G Determine Network wireless key technology
CNKI is a wholly foreign-owned enterprise? A-share listed company Tongfang shares responded in this way...
Apple has increased incentives in China to up to 15,000 yuan after cutting the trade-in price in the US
Washing your nose with salt Water may Prevent COVID-19, experts warn
"Tmall responds to over 300 minus 50" to the hot search, netizens: Don't engage in Olympiad, less routine more sincerity
Gree Electric has nothing to do with Gree Real Estate! Dong Mingzhu reiterated that he did not do finance and real estate
Xiang responded to Tesla's lawsuit by saying he was dissatisfied with tesla's arrogant attitude but not defamatory
Microsoft has launched an adaptive mouse for people with disabilities that can be assembled as many parts as they want
After the release of the 2999 yuan new machine, it instantly became the hottest model in the headlines: dominating the list all night
The most popular news this week
The domestic screens are rolled to the 2K screen. Why don't Apple follow the roll?
Experts remind: Do not put disinfection pieces to the sewer, it is useless and harmful to disinfection outdoor outdoor disinfection
Flying Pig's new "Yunyou Museum" can watch the live broadcast of nearly 20 museums in China
DEEPMIND training more than 600 tasks such as chatting, playing games, and accumulating wood
4K display uses 240Hz for the first time! Samsung's new flagship display is coming
Accidentally found a new track! AMD Rayon 7 6800U batch arrived
Better iPhone signal! Apple has released a new official version of iOS
iPhone security big overturn, built-in chip low-power operation, after shutdown can still be tracked location
Hong Kong stocks popular technology stocks rose sharply: JD.com rose more than 9% Ali rose more than 8%
Yu Minhong: Strive to open source while reducing costs quickly, or New Oriental will die