In December 2021, after the Xiaomi 12 new product launch, Lei Jun's threat of "officially benchmarking Apple and winning the first share of the domestic high-end mobile phone market within 3 years" still has residual temperature. Half a year later, on May 19, Xiaomi Group (1810. HK) released its first quarter 2022 financial report, handing over the first answer sheet for the new fiscal quarter. 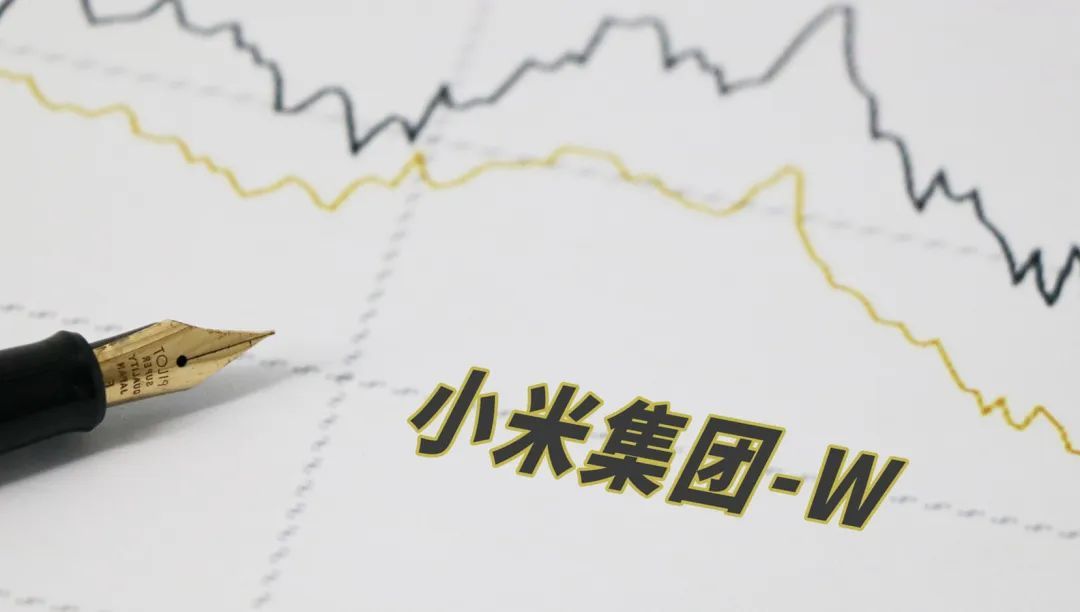 At 19:30 on May 19, the Times Weekly reporter accessed the xiaomi group's investor conference call, and a group of senior executives of the xiaomi group attended and reviewed the first quarter financial report.

"In the first quarter of 2022, the industry as a whole faced multiple challenges, with continued shortages of core components, repeated COVID-19 pandemics and global macroeconomic impacts, which were impacting our business like a tidal wave, as well as our financial and operational indicators." Wang Xiang, partner president of Xiaomi Group, revealed that the biggest challenge is a large shortage of entry-level mobile phone chips, with a gap of more than 10 million, which greatly affected the revenue in the first quarter.

Entering the "high-end" mobile phone track is the only way for Xiaomi, but during the reporting period, Chinese mainland priced at 3,000 yuan or more, and high-end smartphones priced at 300 euros or more overseas, global shipments reached nearly 4 million units, and this indicator exceeded 4 million units in the same period last year.

In this regard, Hu Qimu, chief researcher of the China Steel Economic Research Institute, told reporters including The Times Weekly that in general, the price is more than 3,000 yuan to be considered a high-end model, and the average price of xiaomi mobile phones is about 1,000 yuan, so xiaomi is still the main cost-effective thousand yuan machine.

Looking at the global smartphone market, in March this year, market analysis agency Counterpoint released the list of the world's top 10 best-selling smartphones in 2021, namely iPhone 12, iPhone 12ProMax, iPhone13, iPhone 13Pro, iPhone 111, Samsung Galaxy A12, Redmi 9A, iPhone SE 2020, iPhone 13Pro Max and Redmi 9. Apple, Samsung and Xiaomi are the only brands to enter the top 10, with Apple occupying 7 positions on the list, the highest ever. The models on Xiaomi's list are mainly low-end machines.

Despite this, Xiaomi's determination to hit the high-end is very strong, and it has made certain results. According to Lin Shiwei, vice president and chief financial officer of Xiaomi Group, at the conference call, in the Chinese mainland market, Xiaomi's smartphone market share in the price segment of 4000-6000 yuan ranks first in Android smartphones.

According to the analysis of Snowball Big V "Grain Chief Researcher Will", the positive factors of Millet in the first half of 2021 were reversed in the second half of the year and continued to Q1 2022.

"Since Glory returned to the Chinese market in the second half of 2021, its performance has continued to exceed expectations, and its market share has basically stabilized in the range of 15%-20%, and the combat effectiveness of the team and shareholders cannot be taken lightly." Although I am optimistic about Xiaomi's competitive advantage over Glory in the long run, I can expect to face the tenacious rise of Glory in the short term. Will, a grain chief researcher, wrote.

Hu Qimu pointed out that Xiaomi is still in transformation, but the average price of its sales model is about 1,000 yuan, and there is still a big gap from the target of more than 3,000 yuan.

A more critical signal is that according to the latest data from the China Academy of Information and Communications Technology, in March 2022, the overall shipment of the domestic mobile phone market was 21.5 million units, down 40.5% year-on-year.

Counterpoint Research's research report pointedly pointed out that head brands cannot prevent and avoid the overall contraction of the market. In addition to Honor, the sales of Major Smartphone Brands in China have declined to varying degrees year-on-year. Xiaomi once surpassed the sales volume of the previous year due to the launch of the Redmi K40s and Redmi K50 series, but this rebound did not last long.

"The global smartphone market is in decline, and Xiaomi is facing a declining market." Wang Xiang sighed. But he also said, "The good thing is that 50% of our high-end mobile phones are sold through offline stores, which proves that our offline stores provide a channel for new users, which is a more positive thing." ”

Xiaomi mobile phones have been criticized for lack of core technology, and after continuous investment in research and development, the situation has been different. According to Wang Xiang, Xiaomi is currently spending a lot of energy in the field of communications, especially in mobile phone cameras, and has begun to try to use large optical sensors plus AI algorithms. "We have a project called the Night Owl Algorithm, which still works well in low light and has won international awards."

Looking forward to the future, Wang Xiang said that this year will further improve the operational efficiency of offline stores, strengthen cooperation with operators, strengthen coverage, optimize the sales structure of offline stores, and improve the sales rate of IoT products. "I believe that the epidemic will pass, and Xiaomi will continue to invest in key areas to reduce costs and increase efficiency, and improve the efficiency of the entire group's operations." Wang Xiang said.

Since Huawei's withdrawal, Xiaomi Group has been highly regarded as an important candidate to undertake vacancies in the Huawei market. However, "if you want to wear the crown, you must bear its weight", under the multiple influencing factors such as the epidemic, logistics, and the global situation, the high-end of Xiaomi mobile phones can achieve what degree and what kind of breakthroughs it presents, it still needs to be seen while walking.

Related news
Xiaomi: Yang Qian became the spokesperson of Xiaomi Civi
Xiaomi will hold a special general meeting of shareholders to approve theXiaomi EV Talent Incentive Program
Hot news this week
China has found 35 known cases of the new zoonotic virus Langya
Losses in a single quarter of $ 23.4 billion a record, SoftBank did not carry the plunge of technology stocks and the devaluation of the yen
The prevention and control of the American Monkey epidemic has failed. What should I pay attention to?
Kuaishou launched a self-developed cloud intelligent video processing chip: The chip has been streamed successfully
The new product of Xiaomi MIX is coming: both internal and external dual -screen has been upgraded to make up for the previous generation.
Ministry of Public Security: Single telecommunications network fraud continues to cause 40 % of all electrical fraud cases
A new zoonotic virus, Langya, found in China has not yet been confirmed to be transmitted from person to person
A tech company in Shanghai has been fined 220,000 yuan for swiping orders to improve its ranking on Yelp
Special price "kill ripe"? Bike-sharing platforms have different prices for the same package for different users
Alibaba: Shareholders SoftBank will settle in advance for advanced payment in advance involving a maximum of about 242 million ADR
The most popular news this week
Apple's new iPad does not support 3.5mm headphone hole, Baidu map big update, anchor adopted two protected plants were checked, Rui Dragon 7000 series price stolen, these are the o...
A proposed ban on Internet addiction in California has failed
Industrial star attraction strategy to cope with the American semiconductor strangulation strategy
"Mother of the Chip" suffers! The United States blocked EDA to China: not so simple
8K Super Clear screen records Lingyue of China Space Station! Only 0.72 seconds
Sell to Tencent less than a year Sogou by the big purge: three major businesses are gone
After being suppressed by the United States, why did Ren Zhengfei thank you?
The fightback is coming! After ditching 34 Chinese suppliers, Apple was decisively rebuffed by two Chinese companies
Too sudden! The United States is clamping down again
Why is brain labor tired? Scientist: The brain can make poison