As we all know, there is a big plan for domestic chips, that is, 70%of the self -sufficiency rate in 2025, thereby getting rid of dependence on foreign countries and achieving a certain degree of self -sufficiency.

So is this goal easy to achieve? Recently, a world -renowned institution has issued a data, which tells us that it is impossible. By 2026, we can only achieve a self -sufficiency rate of 21.2%. 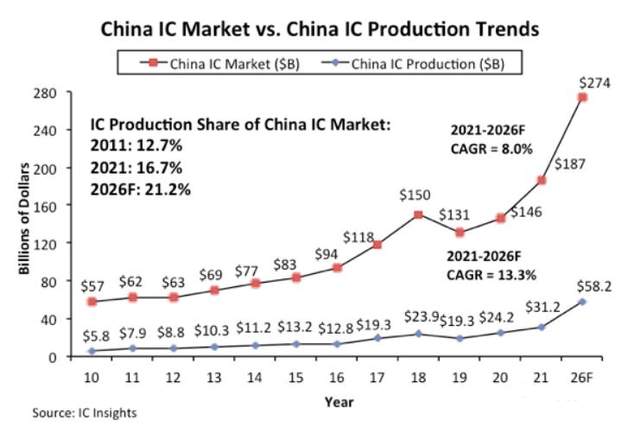 As shown in the figure above, this is the size of Mainland China chip market from 2010-2026, and the chip value trend chart produced by mainland China.

It can be seen from this picture that in 2021, the domestic chip market size was about 186.5 billion US dollars, while the chips produced in mainland China were only $ 31.2 billion, which was about 16.7%of the self -sufficient rate.

It is predicted that in 2026, the size of the chip market in mainland China will reach US $ 274 billion, but the chip value produced by mainland China is only 58.2 billion US dollars, accounting for about 21.2%, which is also the self -sufficiency rate of chip. 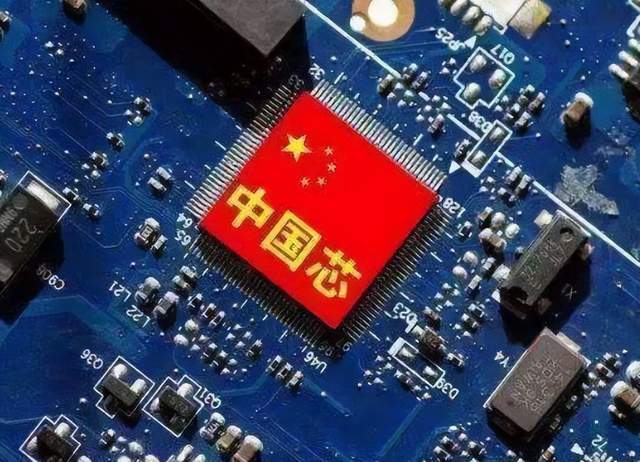 What is even more surprising is that IC Insights also issued another data, that is, among the $ 31.2 billion chips produced in mainland China in 2021, only 39.4%of the mainland enterprises manufactured, and the total value is about about about 39.4%. $ 12.3 billion, accounting for only 6.6%of the domestic chip market.

Other overseas companies in mainland China, such as Intel, UMC, TSMC and other companies, have produced 60.6%, worth $ 18.9 billion, accounting for 10.1%of the total domestic chip output value of 187 billion. 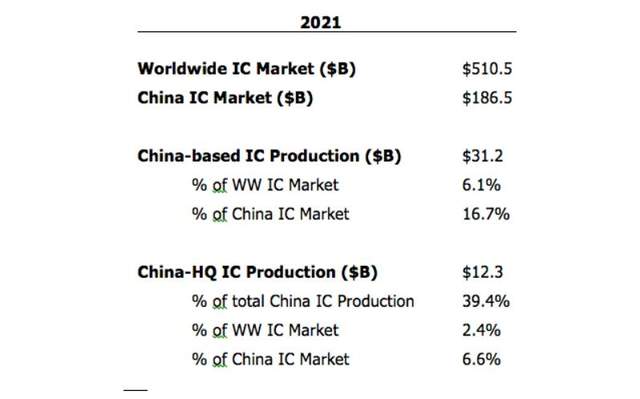 Of course, when these data areas, everyone may think that it is found that we have imported more than 440 billion U.S. dollars in 2021. How can the Chinese market chip size is only 186.5 billion US dollars?

In fact, this is because so many chips imported in itself are not consumed by the Chinese market. For example, the A15 chip in Apple's iPhone is imported, but in the end Apple's iPhone is sold in China. 80%of them only turned around in the Foxconn Factory, and finally exported it again. This is not a chip that really consumed in the Chinese market. 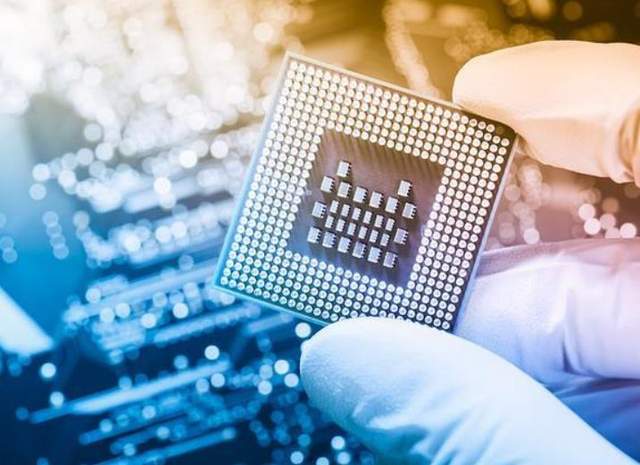 Of course, there is another problem in it, that is, the chip of the domestic manufacturer of domestic IC factories to find foreign manufacturers, is it considered in the self -sufficiency rate? For example, some domestic chips for finding the core and TSMC foundry are not produced in the mainland, but it is also a domestic core.

But it is undeniable that although the data of IC Insights is a bit exaggerated, it can still spill me a little cold water and let us soberly, that is, the Chinese core still has to work hard. The current results are worse than the goal. Far.

Related news
Developers say: after Baba is you became popular, how to play new games calmly?
Pichay delivered a "You Will Prevail" graduation speech to 2020 graduates at the YouTube
JOIN TODAY TO ILLUMINATI AND ACHIEVE YOUR GOALS IN LIFE, JOI
@@+2349022657119.. I WANT TO JOIN OCCULT FOR MONEY RITUAL IN
In 2025 we have to achieve 70%chip self -sufficiency rate! Foreign media: You can't, 21.2% in 2026
Hot news this week
Young people can't change their mobile phones one brother pressure in the channel inventory up to 50 million
Chinese mysterious female rich 560 million buy European luxury homes: the full amount of cash is paid at a time
Criminal gang candid courier list takes the money 8 people to be arrested
Do you make feed after Yi Lord? Zhenghong Technology M & A has mystery
Internal personnel have caused players to contradict? Netease "Yin Yang Shi": Impossible!
The first pop -up shop in the United States opened, Bubble Mart opened the North American expansion plan
The goose factory is finally making a move on the metasverse?
Big news! The police report henan village banks can not withdraw cash case, has captured a number of suspects
With this charging treasure that can legal "stealing electricity", I don’t worry about the mobile phone out of power
Tesla has lost nearly $600 million after the richest Chinese lost 89% of his net worth in the bitcoin crash
The most popular news this week
The iOS 16 upgrade is no longer supported on the iPhone 6s
Apple M2 version of MacBook AIR July Sale: Magsafe Return
Activision Blizzard CEO Bobby Kotick kept his seat on the board
Apple's best-selling product is getting an update! New AirPods Pro Exposure: Heart rate monitoring, USB-C support
Huawei's new generation of "small table" Watch Fit 2 on the shelves: Support Bluetooth call
Provide abortion travel benefits! Giant companies "resist" US Supreme Court
The Google Pixel 7 Pro will have a Samsung display: brighter than the Pixel 6 Pro
Nokia Style+5G new machine Pass FCC certification: 5000mAh battery+20W fast charge
Behind the collapse of the Mijia app, the lack of PLANB of smart homes
It is said that the Fuji XT5 camera will use 40 million pixel CMOS