It is reported that the ZTE AX3000 Skytop Edition is equipped with ZTE's self-developed dual-core chip. The chip area is reduced by 50%, the power consumption is reduced by 18.5%, the performance increases by 25%, and the stability is higher. The official claims that it can achieve 40 million hours of stable operation, which can meet 100- to meet 100- 120 square meters of units.

In addition, ZTE AX3000 Sky Version supports MESH networking. This is a multi -node interconnection grid network. You don't need to switch manually. When you walk around the house, the Internet device will automatically connect the strongest signal, seamlessly switch.

In terms of ease of use, ZTE AX3000 Skytop Version supports EasyMesh one -click merger network for 30 seconds and supports NetEase UU accelerator. 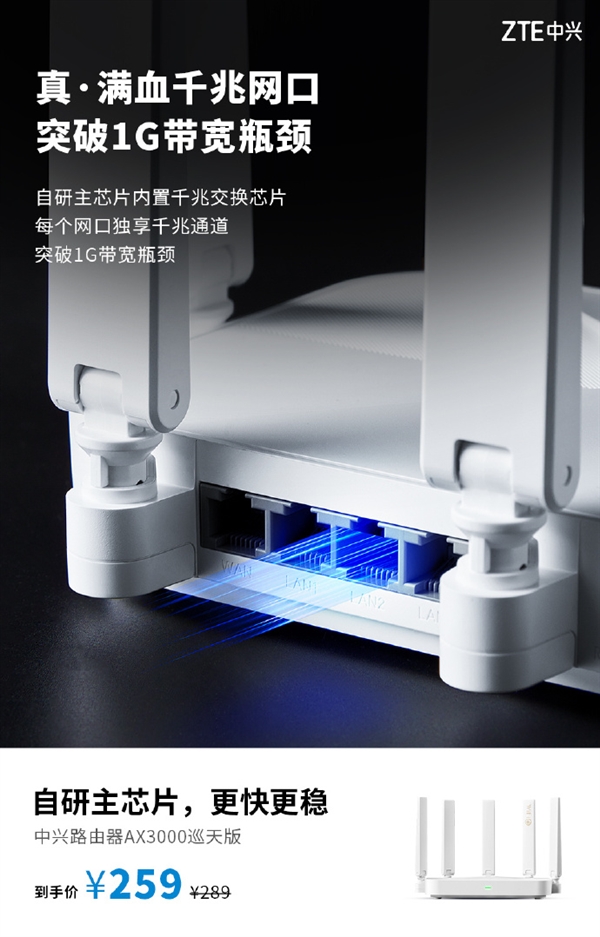