Environment variables is an important tool for simplifying the command line in Windows. However, IT has never been very convenient, requiring users to open multiple Settings and then set them in a retro window. 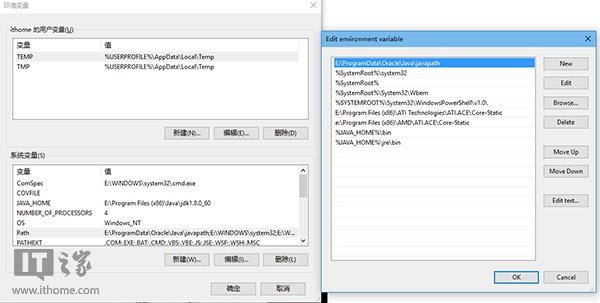 On PowerToys' GitHub page, Microsoft has admitted that the environment variables page is "very unreadable" and that beginners have a hard time understanding things like paths or designated folders. 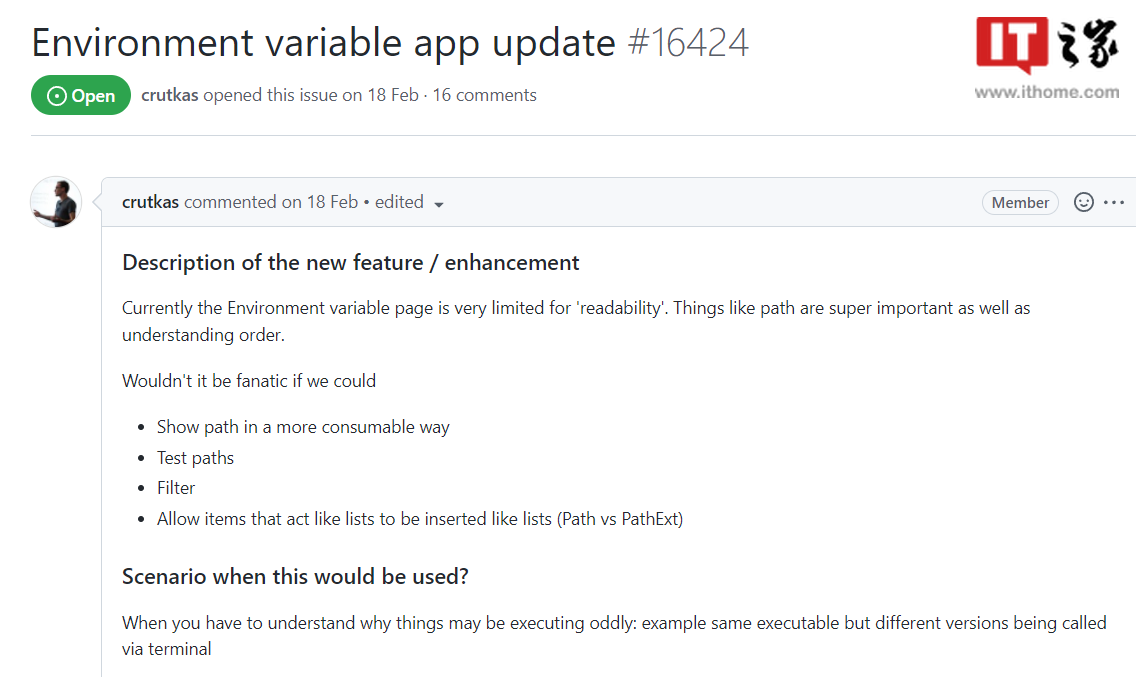 So Microsoft is adding a tool called Environment Manager to PowerToys to make it easier to manage environment variables.

As you can see from the figure, the tool allows users to insert environment variables as if they were managing lists and helps them define paths to run executables. Users can directly click the "Add variable" button under "User variable" and "system variable", looks very convenient.

IT Home learned that the tool's environment variable editing rules are the same as the original, and that if multiple values need to be added, they are separated by semicolons.

Microsoft's free system utilities suite, called PowerToys, was resurrected from the Windows XP era and introduced to Windows 10 in May 2019. Can be used for advanced users to adjust and simplify Windows operations to improve efficiency. It works with the Windows 10/Windows 11 shell and allows users to customize individual workflows.

The tool is still under development, and we can expect to see it in future releases of PowerToys.

Related news
Is win11 faster and stronger than win10? Win11 performance data exposure
Comparison between win10 and win11: win11 has higher hardware occupancy rate
Experts successfully installed and run win11 system in folk raspberry Pie: smoother than win10
Not compliant with win11 hardware standard? How to upgrade win11
How to return win10 after upgrading win11? You have to know about it
New generation game artifact talk about win11 game features
Win11 new features at a glance! Taken on a new look
Win11 refused to Win11 three reasons a trick teach you perfect retention Win10
Microsoft Win11 released for half a year: still catching up with Win10 no real improvements
Microsoft Win11, Win10 finally to simplify the "environment variable" Settings
Hot news this week
Young people can't change their mobile phones one brother pressure in the channel inventory up to 50 million
Chinese mysterious female rich 560 million buy European luxury homes: the full amount of cash is paid at a time
Criminal gang candid courier list takes the money 8 people to be arrested
Do you make feed after Yi Lord? Zhenghong Technology M & A has mystery
Internal personnel have caused players to contradict? Netease "Yin Yang Shi": Impossible!
The first pop -up shop in the United States opened, Bubble Mart opened the North American expansion plan
The goose factory is finally making a move on the metasverse?
Big news! The police report henan village banks can not withdraw cash case, has captured a number of suspects
With this charging treasure that can legal "stealing electricity", I don’t worry about the mobile phone out of power
Tesla has lost nearly $600 million after the richest Chinese lost 89% of his net worth in the bitcoin crash
The most popular news this week
Apple M2 version of MacBook AIR July Sale: Magsafe Return
Activision Blizzard CEO Bobby Kotick kept his seat on the board
Apple's best-selling product is getting an update! New AirPods Pro Exposure: Heart rate monitoring, USB-C support
Huawei's new generation of "small table" Watch Fit 2 on the shelves: Support Bluetooth call
Provide abortion travel benefits! Giant companies "resist" US Supreme Court
The Google Pixel 7 Pro will have a Samsung display: brighter than the Pixel 6 Pro
Nokia Style+5G new machine Pass FCC certification: 5000mAh battery+20W fast charge
Behind the collapse of the Mijia app, the lack of PLANB of smart homes
It is said that the Fuji XT5 camera will use 40 million pixel CMOS
The Internet Information Office launched the network security review of Zhiwang. Jack Ma appeared in Spain. The paid video of station B made the UP owner over 10,000. LeTV Video an...