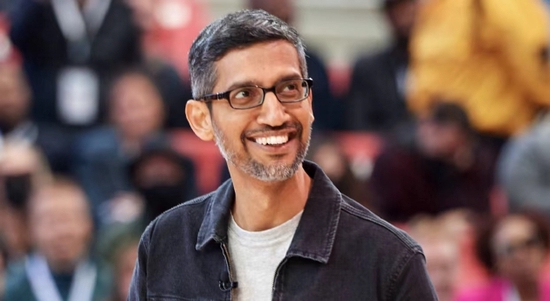 Sina Technology News On the morning of May 26, Beijing time, it was reported that Google CEO Sundar Pichai said in an interview with the media on Tuesday local time that as recession concerns intensified, macroeconomic factors "will affect the technology industry"

He also said the company will speed up its response to increasingly stringent Internet regulations around the world. This suggests that the tech giants are at an important turning point.

Pichai made the remarks at google's I/O developer conference. Google and other U.S. tech companies are still growing during the COVID-19 pandemic. But this year, supply chain disruptions have cast a shadow over their business, and their stock prices have plummeted.

Shares of Google's parent company Alphabet have fallen more than 20 percent this year. The NASDAQ Composite Index, dominated by technology stocks, has fallen nearly 30 percent this year, reflecting the malaise of the entire tech industry.

Pichai also pointed out that the Conflict between Russia and Ukraine and the tightening of monetary policy around the world have also raised concerns. "The economy is cyclical, and the cyclical fluctuations in the technology industry are more intense." He noted that political and economic instability can have an impact on the tech industry. As the business environment deteriorated, Netflix announced layoffs, and Facebook's parent company Meta also disclosed plans to cut investment.

But Pichai said technology creates "real value" for the economy, while stressing that the long-term role of technology remains unchanged. In April, Google announced that it would hire 12,000 employees in the U.S. this year, an increase of about 20 percent from last year. He said the company would continue to hire and invest "with a long-term view."

Even as the economic environment deteriorates, regulators around the world have stepped up scrutiny of tech giants, including the European Union's Digital Markets Act. Pichai said that as the internet matures, "all countries are thinking about the right way to digitally regulate, and they want to protect their citizens while ensuring that the rules are enforced." "Google is considering adapting some of its products to new regulations, including new regulations for smartphone app stores.

"We all see benefits in the free, open, interoperable Internet." "The way to balance the factors is that we can't make the internet too complicated [because of regulation]." He added that he would speak out when necessary.

Google opposes a U.S. law under consideration, the Competition and Transparency in Digital Advertising Act, which would force large online advertising companies to divest assets.

Another concern is the accelerated fragmentation of the Internet. "Countries must think about how best to protect the rights and interests of their citizens." "But just as importantly, integration into the global economy [through the Internet] also benefits countries a lot," he said. ”

He also referred to the agreement between the U.S. and the European Union on the transfer of personal data in March this year: "I hope to have more robust bilateral and multilateral talks on these aspects." As a company, we are in a much more complex ecosystem. But we hope to be able to adopt a constructive and participatory approach. ”

Related news
Google CEO: Growing recession fears the tech industry will be hit by macro factors
Hot news this week
Young people can't change their mobile phones one brother pressure in the channel inventory up to 50 million
Chinese mysterious female rich 560 million buy European luxury homes: the full amount of cash is paid at a time
Criminal gang candid courier list takes the money 8 people to be arrested
Do you make feed after Yi Lord? Zhenghong Technology M & A has mystery
Internal personnel have caused players to contradict? Netease "Yin Yang Shi": Impossible!
The first pop -up shop in the United States opened, Bubble Mart opened the North American expansion plan
The goose factory is finally making a move on the metasverse?
Big news! The police report henan village banks can not withdraw cash case, has captured a number of suspects
With this charging treasure that can legal "stealing electricity", I don’t worry about the mobile phone out of power
Tesla has lost nearly $600 million after the richest Chinese lost 89% of his net worth in the bitcoin crash
The most popular news this week
Apple's best-selling product is getting an update! New AirPods Pro Exposure: Heart rate monitoring, USB-C support
Huawei's new generation of "small table" Watch Fit 2 on the shelves: Support Bluetooth call
Provide abortion travel benefits! Giant companies "resist" US Supreme Court
The Google Pixel 7 Pro will have a Samsung display: brighter than the Pixel 6 Pro
Nokia Style+5G new machine Pass FCC certification: 5000mAh battery+20W fast charge
Behind the collapse of the Mijia app, the lack of PLANB of smart homes
It is said that the Fuji XT5 camera will use 40 million pixel CMOS
The Internet Information Office launched the network security review of Zhiwang. Jack Ma appeared in Spain. The paid video of station B made the UP owner over 10,000. LeTV Video an...
Build a nuclear power plant on the moon? NASA selected three American companies to develop and develop
Gree Electric: Jinghai Interconnection today passes 1.86%of the shares through the large transaction company