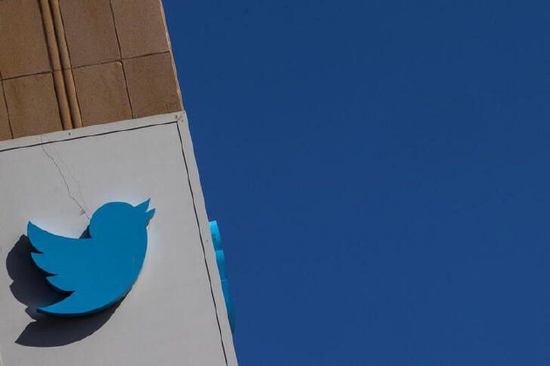 Sina Technology News On the morning of May 26, Beijing time, it was reported that court documents released on Wednesday local time showed that Twitter agreed to pay $150 million to settle the allegations of abusing user privacy information to publish targeted advertising.

Twitter's settlement covers the company's misinterpretation of "security and privacy" of user data between May 2013 and September 2019: The company told users during this period that it would use their information for security reasons, but used it to serve ads.

The settlement was jointly announced by the U.S. Department of Justice and the Federal Trade Commission (FTC). In addition to the settlement payment, Twitter must also improve its compliance behavior.

The lawsuit alleges that Twitter's misinterpretation violated the FTC Act and a settlement with the agency in 2011.

"Specifically, while Twitter told users that they collected their phone numbers and email addresses to keep their accounts secure, they didn't fully disclose them, and they also used user contact information to help advertisers reach their preferred audiences," the indictment reads. ”

At this time, Twitter has not commented on this.

The Twitter service itself is free, but it generates revenue through advertising. The U.S. government noted that about $3 billion of Twitter's $3.4 billion in revenue in 2019 came from advertising.

"Twitter obtains user data under the pretext of security purposes, but then uses the data to publish targeted ads outside of that purpose." FTC President Lina Khan said in a statement, "This behavior has affected more than 140 million Twitter users and boosted Twitter's main source of revenue." ”

Related news
Trump said U.S. companies could continue to supply Huawei Huawei official push: U-turn?
Mozilla, reddit and twitter are calling for legislation to protect the privacy of Internet browsing
IBM's high profile announcement to give up face recognition twitter netizen: it's too late
U. S. cellular starts 5g millimeter wave deployment with Nokia and Ericsson
Twitter will pay $810 million to settle a shareholder fraud class action lawsuit
Twitter appointed three executives to the consumer division
Twitter spent $150 million to settle privacy and security lawsuits with the U.S. government
Hot news this week
Young people can't change their mobile phones one brother pressure in the channel inventory up to 50 million
Chinese mysterious female rich 560 million buy European luxury homes: the full amount of cash is paid at a time
Criminal gang candid courier list takes the money 8 people to be arrested
Do you make feed after Yi Lord? Zhenghong Technology M & A has mystery
Internal personnel have caused players to contradict? Netease "Yin Yang Shi": Impossible!
The first pop -up shop in the United States opened, Bubble Mart opened the North American expansion plan
The goose factory is finally making a move on the metasverse?
Big news! The police report henan village banks can not withdraw cash case, has captured a number of suspects
With this charging treasure that can legal "stealing electricity", I don’t worry about the mobile phone out of power
Tesla has lost nearly $600 million after the richest Chinese lost 89% of his net worth in the bitcoin crash
The most popular news this week
The iOS 16 upgrade is no longer supported on the iPhone 6s
Apple M2 version of MacBook AIR July Sale: Magsafe Return
Activision Blizzard CEO Bobby Kotick kept his seat on the board
Apple's best-selling product is getting an update! New AirPods Pro Exposure: Heart rate monitoring, USB-C support
Huawei's new generation of "small table" Watch Fit 2 on the shelves: Support Bluetooth call
Provide abortion travel benefits! Giant companies "resist" US Supreme Court
The Google Pixel 7 Pro will have a Samsung display: brighter than the Pixel 6 Pro
Nokia Style+5G new machine Pass FCC certification: 5000mAh battery+20W fast charge
Behind the collapse of the Mijia app, the lack of PLANB of smart homes
It is said that the Fuji XT5 camera will use 40 million pixel CMOS