Audi advertising poster photos only sell for 8 yuan? Photographers question the unreasonable use of the photo purchase

The copywriting has just been authorized for free, and the Audi Xiaoman advertisement has caused controversy again, this time it is a print poster.

On May 25, a user named "Big And Little Pat Pat" posted on social media questioning the alleged improper use of a photographic work he had sold on Visual China by the poster of the Audi Xiaoman advertisement. 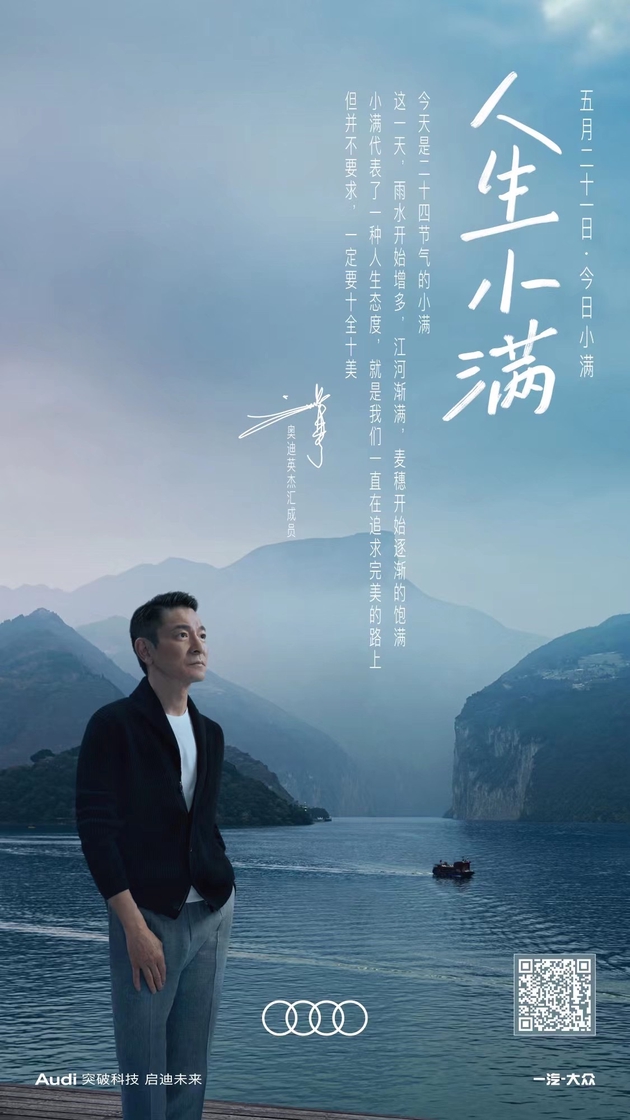 Subsequently, the surging news got in touch with the "big and small pat", he said that the landscape photos in the Advertising Poster of Xiaoman are extremely similar to his works.

He showed the original picture of the work to The Paper, and said that the photo was taken in Fengjie Gate in 2020, and then uploaded the photo to Visual China and Tu Worm Network for authorized sales, the picture has no sales record on Tu Worm Network, and was only purchased on Visual China on February 25 this year.

"Big and little pat" said that after the "Audi Xiaoman advertising infringement" incident, he accidentally found that the floor plan of the advertisement propaganda poster was highly similar to his own work, only the composition of the ship was adjusted and color grading, and the water ripples and mountain levels were consistent with its pictures. ” 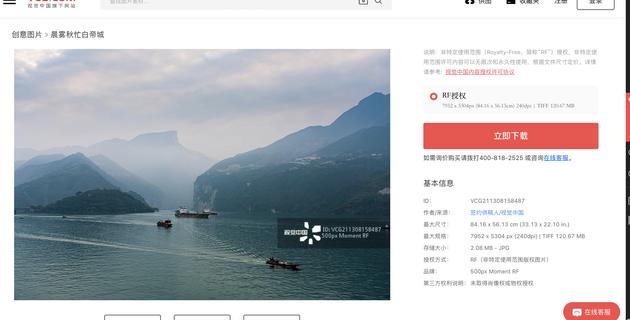 What makes "big and little pat" questionable is the use of its pictures.

In the sales record sent to him by Visual China, it is written that the purpose is "new media editing information with pictures".

The Paper found through the query of visual China website that its picture use is divided into "editorial purposes" and "commercial uses", of which "editorial uses" refers to non-commercial promotional purposes, such as newspapers, magazines, information websites, publishing houses, television stations, information APP and other reported articles with pictures; "commercial use" refers to the use of pictures for the marketing promotion of corporate brands and products, including the company's own internal and external marketing promotion, external advertising material production in various channels. As well as product packaging design and other scenarios of use. In addition, non-news movies, television, variety shows, and book covers are also classified for commercial purposes because of their large commercial attributes.

According to the above definition, Audi Xiaoman advertising posters are undoubtedly for commercial use.

In addition, the sales record shows that the "selling price" of the picture is 8 yuan, while the "actual writing fee" item shows that the income of "big and small pats" is 2 yuan.

Visual China customer service told the surging news that the commercial use of the picture "the price range is about a few hundred yuan to a few thousand yuan." "Big and Little Pat" believes that this also confirms that his pictures are not sold for commercial purposes. He said he would communicate with Visual China and that if the image was indeed used improperly, he would defend his rights. 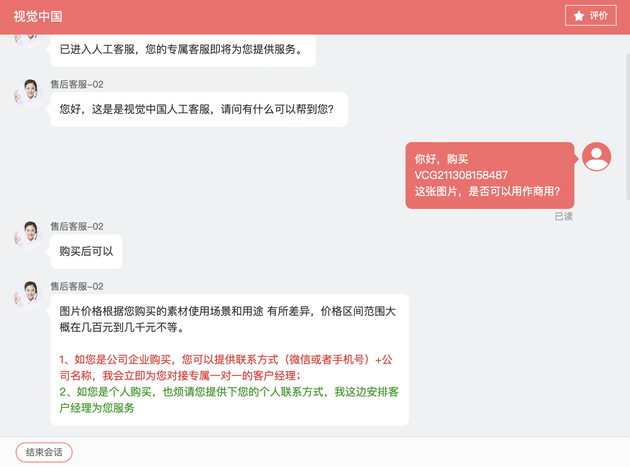 On May 21, on the day of the traditional solar term "Xiaoman", FAW Audi's official channels released a video advertisement starring Andy Lau "Life Xiaoman", which attracted a lot of attention and forwarding.

That night, a user with the account "Peking University Mango" said that Audi's advertising video was suspected of plagiarizing a video copy of his May 21, 2021.

Overnight, Audi issued an apology and removed the ad video on May 22. A few hours later, the advertising creative agency Fang Shangsi Advertising issued a statement indicating that the video copywriting was indeed plagiarized the content of the video Chinese case of "Peking University Man Ge" about "Xiao Man" and apologized to the original author. Andy Lau also posted on the official support committee APP Huazai Tiandi to express deep regret for this matter. 5

In the early morning of The 25th of July, Peking University Mange issued a statement through social media saying that the three parties have reached an agreement. "I licensed the copy of my xiaoman's work last year for free." Peking University Mange said in the statement that the heads of the two companies also made a face-to-face apology, and he was willing to accept this apology.

According to the data, in 2021, Audi's sales in China were 727,000 units, down 3.6% year-on-year, accounting for about 43% of global sales. China is Audi's largest single market in the world, but in recent years, sales have repeatedly lagged behind BMW and Mercedes-Benz, and in 2021, BMW delivered 846,000 units in China and Mercedes-Benz 759,000 units, and Audi once again ranked bottom.

Related news
Windows 10 Photos Application Update: Introducing a New Picture Layout (Figure)
China Cracks Down on Cosmetic Medicine Advertising
Hot news this week
Young people can't change their mobile phones one brother pressure in the channel inventory up to 50 million
Chinese mysterious female rich 560 million buy European luxury homes: the full amount of cash is paid at a time
Criminal gang candid courier list takes the money 8 people to be arrested
Do you make feed after Yi Lord? Zhenghong Technology M & A has mystery
Internal personnel have caused players to contradict? Netease "Yin Yang Shi": Impossible!
The first pop -up shop in the United States opened, Bubble Mart opened the North American expansion plan
The goose factory is finally making a move on the metasverse?
Big news! The police report henan village banks can not withdraw cash case, has captured a number of suspects
With this charging treasure that can legal "stealing electricity", I don’t worry about the mobile phone out of power
Tesla has lost nearly $600 million after the richest Chinese lost 89% of his net worth in the bitcoin crash
The most popular news this week
The iOS 16 upgrade is no longer supported on the iPhone 6s
Apple M2 version of MacBook AIR July Sale: Magsafe Return
Activision Blizzard CEO Bobby Kotick kept his seat on the board
Apple's best-selling product is getting an update! New AirPods Pro Exposure: Heart rate monitoring, USB-C support
Huawei's new generation of "small table" Watch Fit 2 on the shelves: Support Bluetooth call
Provide abortion travel benefits! Giant companies "resist" US Supreme Court
The Google Pixel 7 Pro will have a Samsung display: brighter than the Pixel 6 Pro
Nokia Style+5G new machine Pass FCC certification: 5000mAh battery+20W fast charge
Behind the collapse of the Mijia app, the lack of PLANB of smart homes
It is said that the Fuji XT5 camera will use 40 million pixel CMOS