Nearly 2.5 billion huge cash-outs! Lei Jun's subordinate Shun for capital to let go, tens of billions of "sweeping mao" and then usher in a large reduction 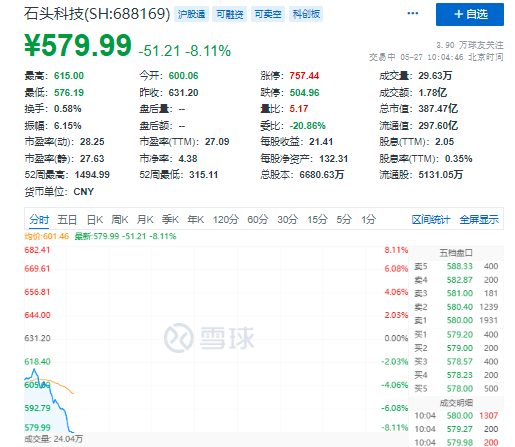 Stone Technology said that the reduction plan is a reduction by the company's shareholders according to their own needs and will not have a significant impact on the company's governance structure and continuing operations.

According to public information, the Shunwei Capital team is composed of senior figures in the investment industry and the Internet industry, and Lei Jun is the founding partner / chairman of the company.

In February 2022, Stone Technology once again disclosed its shareholder reduction plan. Among them, Tianjinmi Investment plans to reduce its holdings by no more than 1.336 million shares again, accounting for no more than 2% of the total share capital of the company.