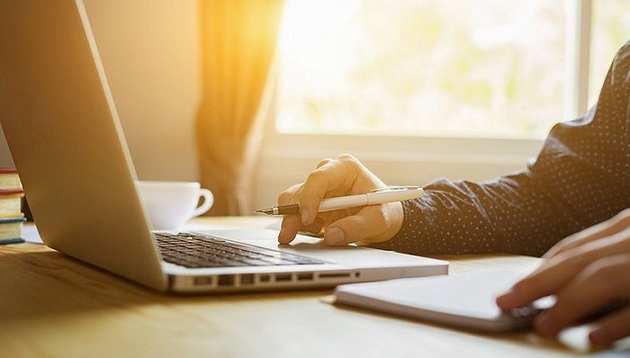 On May 26, the Copyright Society of China (CRCA) held a press conference on the copyright Protection and Development of Online Literature in China 2021 (hereinafter referred to as the report). Among them, the discussion on the tort issue triggered a hot discussion.

According to the report, China's online literature industry reached 35.8 billion yuan in 2021, up 24.1 percent year on year, with 502 million users, accounting for 48.6 percent of all Internet users, up 9.1 percent year on year. The IP copyright operation of online literature has driven a market of 303.7 billion yuan in games, movies, animation, music and audio. 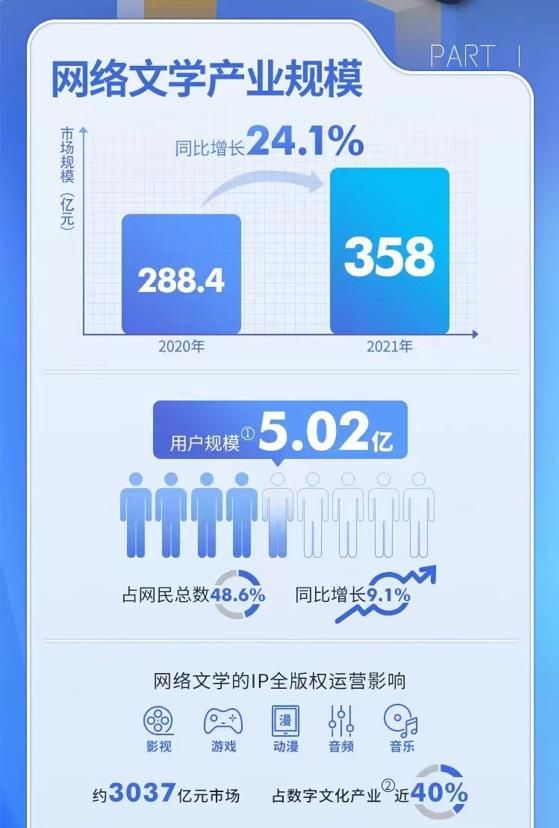 Image source: Report on Copyright Protection and Development of Online Literature in China 2021

However, with the rapid development of Online literature in China, the online literature industry suffered a loss of 6.2 billion yuan in piracy in 2021, up 2.8% year-on-year, and it is conservatively estimated that it has occupied 17.3% of the market share of the industry. As of December 2021, the total monthly active users of piracy platforms was 43.71 million, accounting for 14.1% of online reading users. More than 80 per cent of works on most online literature platforms are pirated every year; 82.6 percent of online writers were deeply affected by piracy, and more than 40 percent of them frequently experienced piracy.

The report also pointed out that piracy platforms, search engines and application markets have become the main channels for piracy and infringement of online literature. 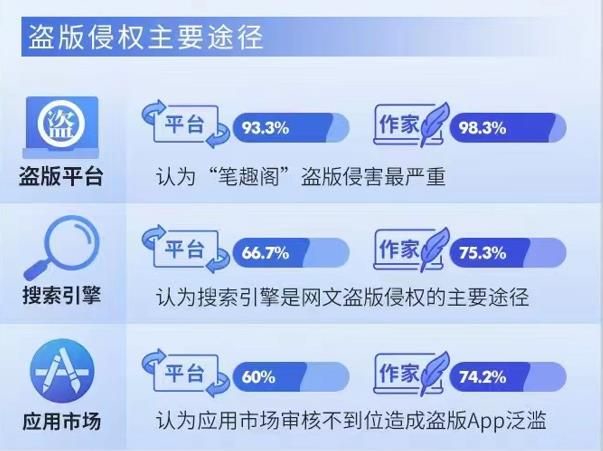 Image source: Report on Copyright Protection and Development of Online Literature in China 2021

The piracy platform led by "Biquge" is also the target of the "report" and "proposal". "Biquge" was one of the earliest pirated novel reading platforms in China. It attracted a large number of users and traffic by offering free reading of works, and was later shut down according to law. However, "Biquge" still has many sites, and many sites through foreign servers to avoid supervision and piracy crackdown, so it still brings a very bad influence to these creative platforms and creators.

As the entrance of the Internet, search engine has gradually developed into the primary platform for readers to obtain pirated content. Nearly 70 percent of online literature platforms and nearly 80 percent of writers believe that search engines are the main channel for the spread of pirated online literature content. Among them, the search engine bidding ranking, aggregation links and transcoding reading three functions aggravated the dissemination of pirated content. Take the bidding ranking as an example, many pirated platforms even have more weight than legitimate platforms, and appear in the top of search results and highlight the advertising space, which has a misleading effect on readers.

There are also many loopholes in the management of reading apps in the App market. Most App markets do not strictly review App shelves, lack traceability and review of App uploaders' business attributes, license qualifications, work authorization and other aspects, and have weak control over App infringement. Take "Biquge" as an example. It has several apps with the same name or similar names in various application markets, and the phenomenon of "piracy is also pirated" has emerged.

"Low illegal cost, high cost of rights protection" is the core reason for the rampant piracy and infringement of online literature. The fight against piracy requires joint efforts of all parties, but the report points out that the responsibilities of search engines and application market subjects are not clear, which increases the difficulty of rights protection for copyright holders. Therefore, they issued the "Proposal" at this press conference, calling on search engines and application markets to strengthen copyright awareness, should promptly clean up piracy sites and apps with infringement and piracy, and open the right to direct complaints.

In such a difficult environment for rights protection, writers and online writing platforms have not given up, and they have worked closely to develop their own rights protection positions. In April this year, the industry's first piracy report public platform "national Anti-piracy alliance" officially launched. The alliance was jointly initiated by a number of well-known writers, and the web platform provides technical support to provide writers with a position of "discovering, uploading and publicizing rights at any time", so that writers and readers can report the key infringement channels centrally and promote the rectification of infringement channels through the supervision of the whole people. Since its launch, the league has received information from more than 100 writers and exposed more than 2,000 clues on piracy.