AMD announced some specifications for the Zen4 architecture Ryzen™ 7000 series processor and 600 series motherboard chipset during the Taipei Computer Show, but it will take a while to be officially released and listed.

According to the latest exposure,The Ryzen™ 7000 will go live around August, with more precise dates unknown or yet determined.

Motherboard, High-end X670E, X670 one step ahead, the major motherboard manufacturers have begun a variety of warm-up, the mainstream B650 will be slightly later, is expected to be in the fourth quarter, but also there will be a B650E, equivalent to the enhanced version of B650.

allegedly Both X670E and B650E support Dual PCIe 5.0, that is, direct processor PCIe x16 graphics card, M2 solid-state drive can go PCIe 5.0, X670E, B650 will not be mandatory, by the motherboard manufacturers to decide, most will support at least one M.2 PCIe 5.0.

In the first half of next year, there will also be a new entry-level board A620In addition to the specifications continue to be streamlined, overclocking is not supported, and there is a high probability that there will be no PCIe 5.0.

In addition, Robert Hallock, AMD's director of technical marketing, clarified a speculation that has always been made in an interview:The Ryzen™ 7000 series processors do not have 24 cores and 48 threads, and at most they are still 16 cores and 32 threads.

He also revealed thatAm4 processors will continue to push new, Ryzen™ 7 5800X3D is not the end, but what exactly it is will not be said.As for the life of the AM5 interface, how many years will be used and how many generations of processors will be supported, AMD itself has not yet thought it out. 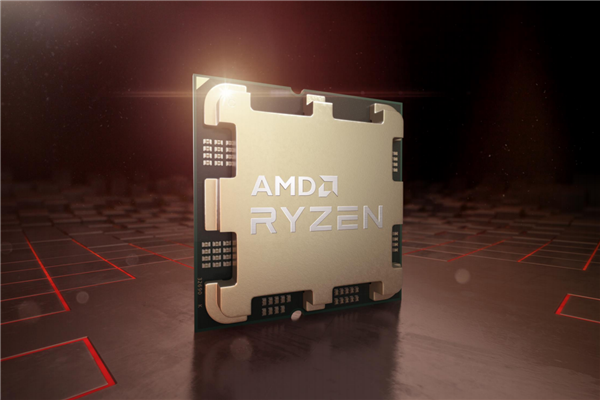 Related news
Amd zen4 see you at the end of 2022: two years waiting for Intel
Easy 32 cores! The AMD Zen4 Ryzen™ 7000 has changed completely
AMD 3D Stack Cache is not out of print! Zen4 will also be on
At least 64 cores! AMD Zen4/Zen5 has a new interface again
The biggest upgrade in 5 years AMD confirms that the 5nm Zen4 Ryzen™ 7000 processor will be available next week
AMD Zen4 accelerates up to 5.4GHz! All cores are 5.0GHz
Finally super 5GHz! AMD Zen4 Ryzen™ Details Official Announcement: Single-Core Leap 15%
AMD Zen4 arrived! Ryzen™ 7000 time-to-market exposure: 24 cores flew
5nm Zen4 performance! AMD official website steals a number of Ryzen 7000 processors
AMD Zen4's performance is fierce! Single core surpassing i9-12900K 22 %
Hot news this week
China has found 35 known cases of the new zoonotic virus Langya
Losses in a single quarter of $ 23.4 billion a record, SoftBank did not carry the plunge of technology stocks and the devaluation of the yen
The prevention and control of the American Monkey epidemic has failed. What should I pay attention to?
Kuaishou launched a self-developed cloud intelligent video processing chip: The chip has been streamed successfully
The new product of Xiaomi MIX is coming: both internal and external dual -screen has been upgraded to make up for the previous generation.
Ministry of Public Security: Single telecommunications network fraud continues to cause 40 % of all electrical fraud cases
A new zoonotic virus, Langya, found in China has not yet been confirmed to be transmitted from person to person
A tech company in Shanghai has been fined 220,000 yuan for swiping orders to improve its ranking on Yelp
Special price "kill ripe"? Bike-sharing platforms have different prices for the same package for different users
Alibaba: Shareholders SoftBank will settle in advance for advanced payment in advance involving a maximum of about 242 million ADR
The most popular news this week
Google Fiber's home has been silent for many years and continues to expand after many years
Gurman: Apple is going to expand advertising into the new iPhone/iPad area
Studies have shown that the attacks by the game company have doubled in the past year
Apple's new iPad does not support 3.5mm headphone hole, Baidu map big update, anchor adopted two protected plants were checked, Rui Dragon 7000 series price stolen, these are the o...
A proposed ban on Internet addiction in California has failed
Industrial star attraction strategy to cope with the American semiconductor strangulation strategy
"Mother of the Chip" suffers! The United States blocked EDA to China: not so simple
8K Super Clear screen records Lingyue of China Space Station! Only 0.72 seconds
Sell to Tencent less than a year Sogou by the big purge: three major businesses are gone
After being suppressed by the United States, why did Ren Zhengfei thank you?