The principle of disinfection of air with sustained -release gaseous disinfection factor has proven to be feasible, but the problem is that a sterilized rod can disinfect the space very limited. While considering the effect of chlorine dioxide on virus killing, it is necessary to consider the harm to human health.

A few days ago, the First Financial Reporter saw on some e -commerce platforms that there was a kind of air disinfection rod product that claims to kill the coronary virus as high as 99.9%. This is a fine -shaped long tube similar to a pen.

According to the manufacturer, this product reaches the medical level, which can be worn directly on the body or placed in the indoor space that needs to be disinfected. The anti -virus effect can be maintained for about two weeks.

The first financial reporter carefully consulted the working principle of the air disinfection rod. In the fine pipe, the sodium chloride liquid and solid acid directly reflected to generate the oxide gases. Because the chlorine dioxide can produce a strong oxidation effect after contacting the pathogen and can destroy the ingredients of the pathogen, the chlorine dioxide gas can be continuously released through the slow release agent and the slow -release membrane, which can play an air disinfection effect. 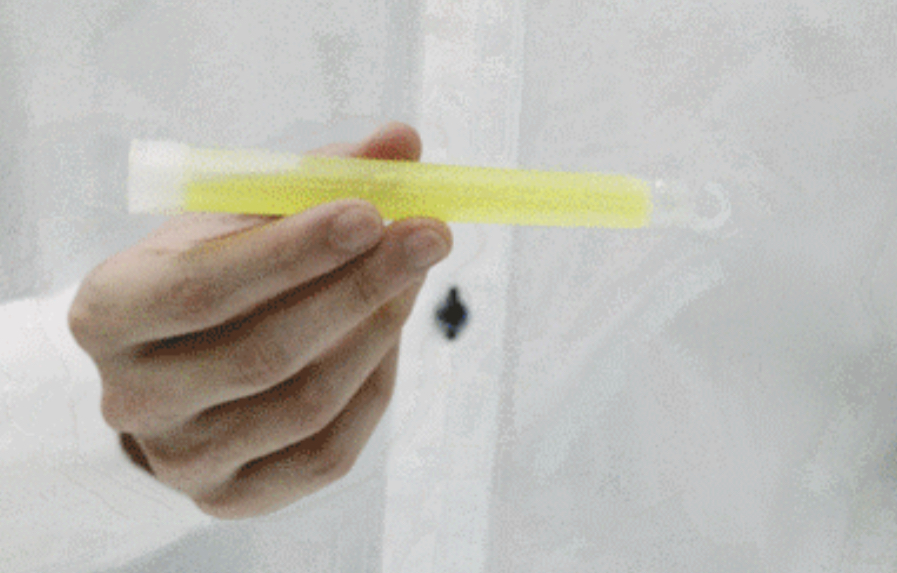 At least 1,000 times different from the concentration of the elimination and disinfecting

Previously, people used chlorine dioxide as a disinfectant for liquid disinfection. The special thing about this product is that it uses gaseous disinfection methods to greatly save costs. And in theory, compared to liquid disinfection, when the gas reaches a certain concentration in the air, it can cover any surface of the entire space without leaving a dead end, and it can also eliminate viruses that exist in the form of gas solution.

Based on the above principles, the most critical problem is that how many concentrations of chlorine dioxide gas in the air can kill the virus? In the early days of the epidemic, some research teams in Taiwan hoped to develop a smart, robust -type chlorine gas release system, and evaluated the impact of chlorine dioxide emissions on the indoor environment. To this end, they carried out some cases of chlorine dioxide in some hospitals.

Based on a number of studies from 2006 to 2016, high concentrations of chlorine dioxide have effective disinfection effects on the closed space. For example, in a study in 2007, researchers used the sterilization effect of indoor air in laboratories, hospitals, and conference rooms using 200-1000 ppm (millions of ratio). When it reaches 625ppm, the disinfection effect within 30 minutes reaches 90%.

This also means that while considering the effect of chlorine dioxide on the virus, it is necessary to consider the harm to human health.

First Financial reporter noticed that this air disinfection stick product was produced by a Shanghai company. Public sales records found that the company originally sold a product called "sterilization and disinfection stick", which can be used for deodorization and sterilization, such as placing in the refrigerator for deodorization. At the end of October last year, the company made a change in business scope, adding a new "production for disinfection products for infectious disease prevention and control", and "upgraded" the product into a new anti -coronary virus disinfection agent.

According to the company's person in charge, the product has a report on the anti -killing effect of coronary virus, and it is also qualified in terms of safety. However, the first financial reporter inquired that the current public test reports were also used to use the sterilization effect of bacteria with raw fluids. The company did not issue detailed validity data for killing the new crown virus.

In this regard, Shen Hanming, a professor at the University of Macau, proposed: "Since the manufacturer claims that the product is effective in killing the new crown virus, it is necessary to disclose detailed validity data before being allowed to be listed and sold. The laboratory parameters are listed. This is a product involving the public interest. It cannot be misleading the public. The relevant regulatory authorities must also bear the responsibility of market supervision. "

A industry insider told the First Financial Reporter: "The primary chlorine dioxide as the gaseous style is a new generation of safe disinfection agent identified by the WHO (WHO). It is a product that is both cheap and safe and efficient. The principle of disinfection factor for disinfection has been proven by many authoritative experiments at home and abroad, but the problem is that a sterilized rod can disinfect the space very limited. This depends on whether you placed it in a closed wardrobe disinfection, or It should be used for disinfection of larger public space. "

He also said that there are very few products that have such slow -release disinfection effects in the market, and related standards have not been established. It still requires the industry to work together to further formulate disinfection standards.

An expert from the Atmospheric Institute of the Chinese Academy of Sciences told the First Financial Reporter: "It is also difficult to accurately detect the chlorine dioxide content in the air. To determine whether a product has a disinfection effect, we must see that the complete scientific evaluation report issued by the testing institution can only be seen. get conclusion."

Related news
How to disinfect your mobile phone?
China's first-line experts :1.4 billion people in China ca n' t do group immunization
How can i get rid of Herpes outbreaks and symptoms (+2348163
Levels.fyi Released 2020 annual programmer revenue report, byte jumps into the only Chinese company on the list
HOW I GOT CURED TOTALLY FROM HERPES VIRUS
Can air disinfection stick kill 99.9%coronary virus? Experts: Several levels of concentration are different
Hot news this week
Young people can't change their mobile phones one brother pressure in the channel inventory up to 50 million
Chinese mysterious female rich 560 million buy European luxury homes: the full amount of cash is paid at a time
Criminal gang candid courier list takes the money 8 people to be arrested
Do you make feed after Yi Lord? Zhenghong Technology M & A has mystery
Internal personnel have caused players to contradict? Netease "Yin Yang Shi": Impossible!
The first pop -up shop in the United States opened, Bubble Mart opened the North American expansion plan
The goose factory is finally making a move on the metasverse?
Big news! The police report henan village banks can not withdraw cash case, has captured a number of suspects
With this charging treasure that can legal "stealing electricity", I don’t worry about the mobile phone out of power
Tesla has lost nearly $600 million after the richest Chinese lost 89% of his net worth in the bitcoin crash
The most popular news this week
Apple's best-selling product is getting an update! New AirPods Pro Exposure: Heart rate monitoring, USB-C support
Huawei's new generation of "small table" Watch Fit 2 on the shelves: Support Bluetooth call
Provide abortion travel benefits! Giant companies "resist" US Supreme Court
The Google Pixel 7 Pro will have a Samsung display: brighter than the Pixel 6 Pro
Nokia Style+5G new machine Pass FCC certification: 5000mAh battery+20W fast charge
Behind the collapse of the Mijia app, the lack of PLANB of smart homes
It is said that the Fuji XT5 camera will use 40 million pixel CMOS
The Internet Information Office launched the network security review of Zhiwang. Jack Ma appeared in Spain. The paid video of station B made the UP owner over 10,000. LeTV Video an...
Build a nuclear power plant on the moon? NASA selected three American companies to develop and develop
Gree Electric: Jinghai Interconnection today passes 1.86%of the shares through the large transaction company