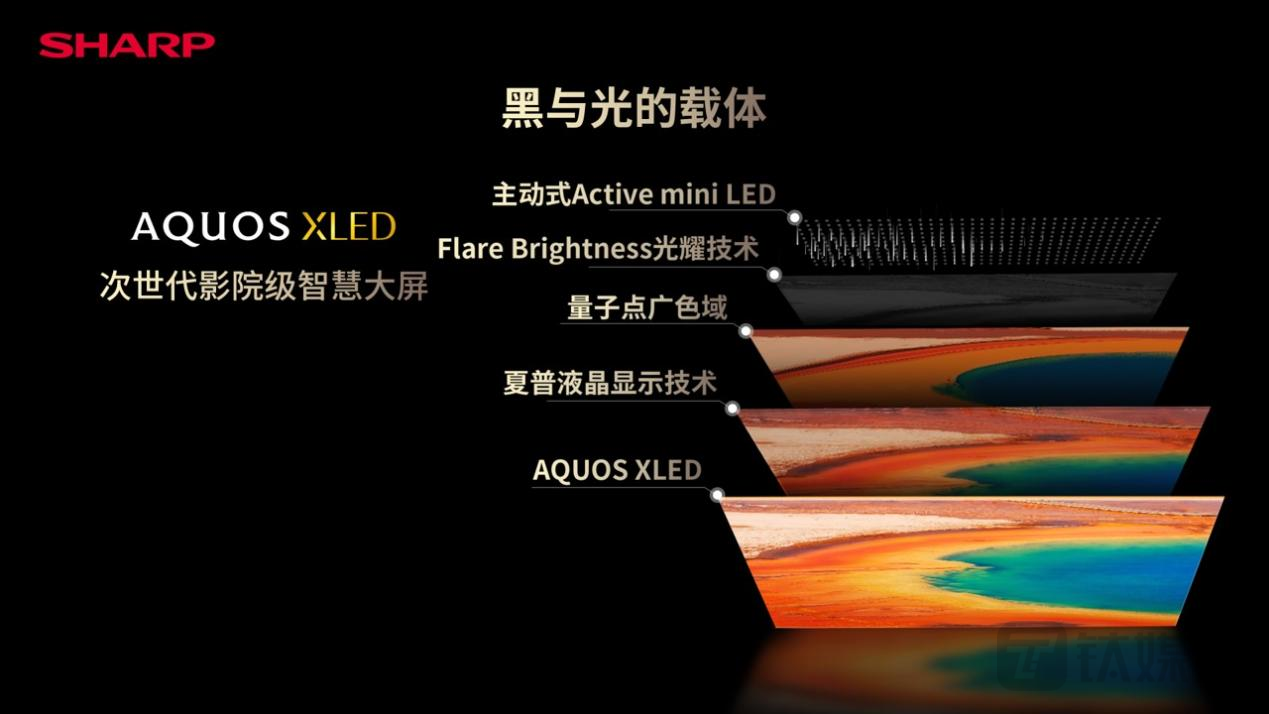 In the display panel, the Active Mini LED, quantum dot display, Flare Brightness technology and Sharp's own LCD technology are integrated. Together, these technologies make up the highest specification of Sharp TV AQUOS XLED technology. 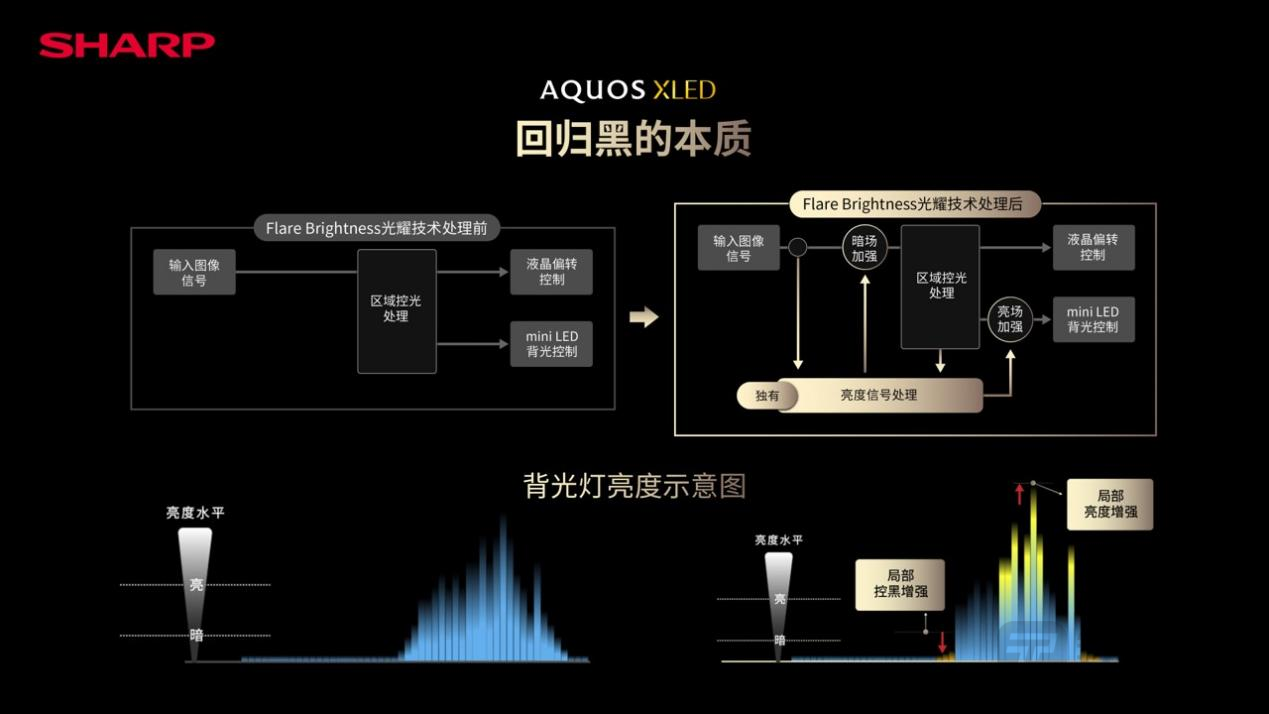 In addition to Brightness and color, Sharp has also introduced a new Flare Brightness technology. It can resolve the Brightness of adjacent areas, make the junction between dark and bright field more clear, and also make the black in the picture more pure, to avoid white and Brightness imbalance.

On the top surface, Sharp's AQUOS XLED has n-Black low-reflective panels that enhance the look of the image by reducing light refraction. In terms of image quality processing, the product is equipped with a new generation of Meidari S2X chip. Through Object Profiling (OP) technology, real-time analysis of image and brightness signal can automatically restore image texture and restore more realistic pictures for viewers. 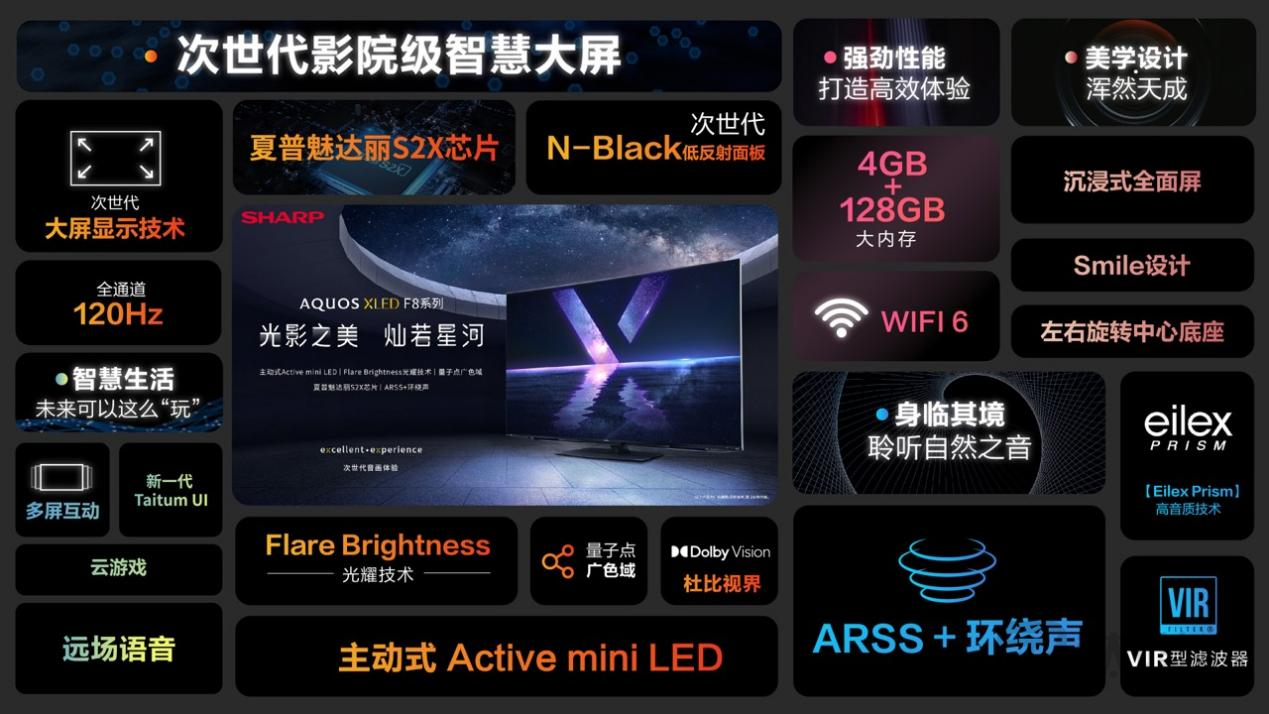 In terms of sound processing, Eilex Prism technology is used to provide high pitch quality close to the original sound, while striving to present the breadth, three-dimensional sense and clarity close to natural sound. In terms of performance, Sharp AQUOS XLED comes standard with 4GB+128GB storage and WIFI6 network support.

The latest Taitum system also provides access to a variety of content platforms according to the needs of domestic users. At the same time, the START cloud game platform is also built into the system. There are also some details that are different from other products, such as the smile design with a slight upward tilt on both sides of the TV. The base is more square and can be achieved in the horizontal direction. Rotation. 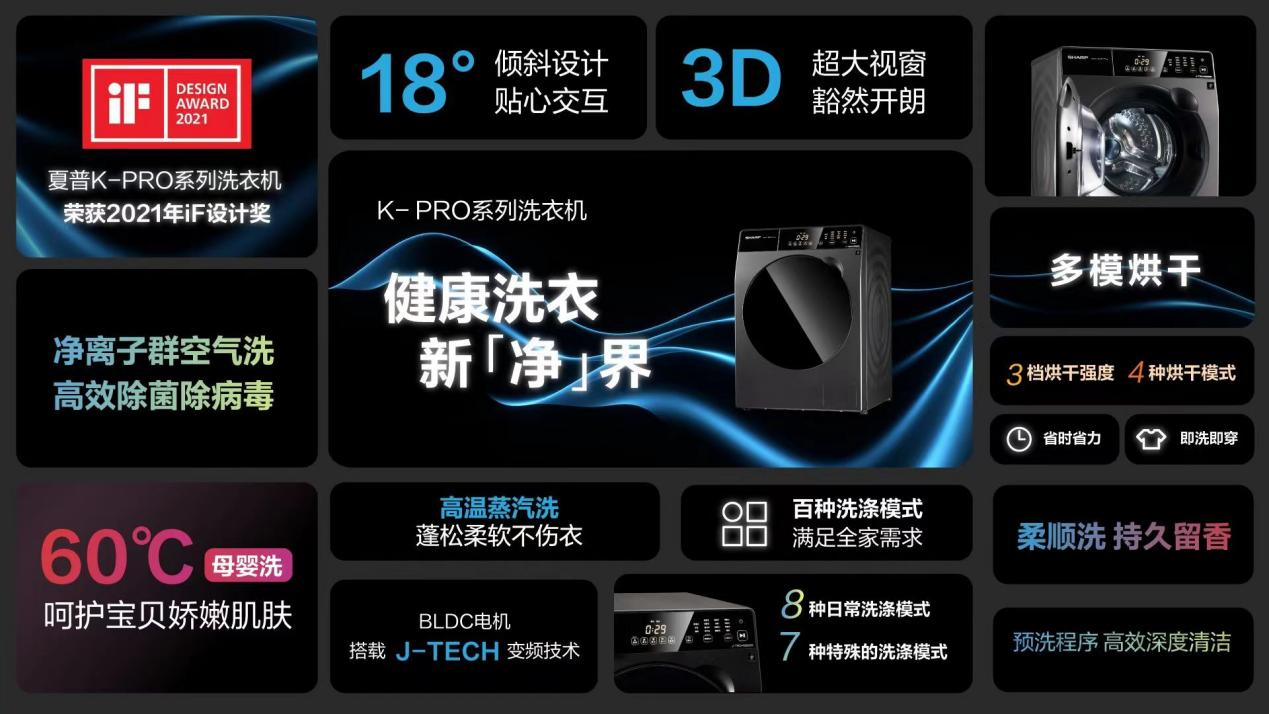