The US FDA warned that a new crown vaccine deposited high risk of heart disease: its stock price plummeted by more than 20%

The United States Food and Drug Administration (FDA) reported on Friday local time that there was a risk of heart inflammation after the new crown vaccine of Novavax. Although the company's data shows that its vaccine can improve people's ability to resist the new crown virus.

FDA warned,The risk of inoculation of Norwavax's new crown vaccine is higher than other vaccines. On Friday, Novawax was sold by investors, and its stock price fell more than 20%.

Novawax's stock price fell 86%compared with the record in February 2021, and its performance was far inferior to other vaccine manufacturers. Moderna fell about 26%at the same time because the new crown vaccine market was fiercely competitive and market demand was declining.

From December 27, 2020 to September 27, 2021, Novawax tested nearly 30,000 participants. Studies have found that the effectiveness of its new crown vaccine to adults is 90.4%.However, within more than 20 days after vaccination, 5 patients with myocarditis and pericarditis were reported.

These data were released before the FDA meeting on June 7th. The meeting will decide whether to approve Novawax's new crown vaccine for emergency use authorization.

FDA said that Norwavacis has been required to mark myocarditis and pericarditis as the "important recognition risk" of its new crown vaccine. But Novawax has not agreed to such a practice.

Novawax issued a statement saying that in part of the study, the cases of myocarditis found were within the expected range, and we believe that there is no sufficient evidence to establish causality.

FDA researchers wrote: "The existing data of short -term follow -up shows that the symptoms of most people have been resolved, and there is no information about the potential long -term sequelae." FDA pointed out that a patient in the placebo group was during the study period. There are also myocarditis.

FDA added: "According to the efficacy of the clinical trial of the vaccine,Due to the spread of Omikon, this vaccine is more likely to provide some meaningful protection for new crown infections, especially for more serious diseases. "

Novawax's vaccine does not use MRNA technology. It is based on recombinant protein, just like creating influenza vaccines. Therefore, it is easier to transport and manage to help increase the vaccination rate. 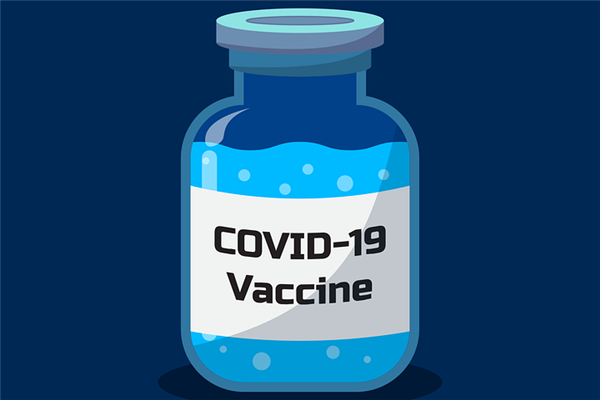 Related news
U.S. kit mess: FDA allows unapproved products to be marketed
FDA approved redcivir for all hospitalized patients with new crown in the United States
Pfizer submitted an application for authorization of emergency use of new crown vaccine to FDA
Pfizer covid-19 vaccine will face the review of FDA panel. What will happen next?
FDA explains why Pfizer biotech's covid-19 vaccine is authorized
FDA: changing the dose of new crown vaccine is immature or has adverse effects on health
Covid-19 FDA officials will see a new improvement in the US June epidemic.
The US FDA warned that a new crown vaccine deposited high risk of heart disease: its stock price plummeted by more than 20%
The American Monkey Permiated Cases approached the 9,000 FDA "Magic" increased by 5 times the vaccine
Hot news this week
Kuaishou launched a self-developed cloud intelligent video processing chip: The chip has been streamed successfully
Ministry of Public Security: Single telecommunications network fraud continues to cause 40 % of all electrical fraud cases
Special price "kill ripe"? Bike-sharing platforms have different prices for the same package for different users
A tech company in Shanghai has been fined 220,000 yuan for swiping orders to improve its ranking on Yelp
Text message color, picture quality compression! Google calls out Apple for improving cross-device messaging
Alibaba: Shareholders SoftBank will settle in advance for advanced payment in advance involving a maximum of about 242 million ADR
It is also the collapse of the mine card: NVIDIA graphics card plummeted, AMD graphics card increases against the trend
Gaming phones also have optical shake protection: a 50-megapixel large-background master camera on the Rescuer Y70
Musk's eyes! Lei Jun released a full -size humanoid robot Xiaomi self -developed strength explosion table
Biden signed a chip and scientific bill, a video call of WeChat iOS internal test suspension window, the advanced CPU caused Win11 to be difficult to use, Huawei new machines enter...
The most popular news this week
Economic Daily: US Chip Act will not stop China Chip!
Because of violating consumer law, Google was fined about 288 million yuan
Global e-commerce revenues may shrink for the first time
Apple's M2 processor is coming down: The iPad Pro 2022 is scheduled to ship in October
Are the suitcases hot? Meteorologist alert, the climate crisis is here!
Has been taken 4 pins, the new crown vaccine, the American Pfizer CEO is positive: taking special effects medicine
A fire broke out in Nintendo Japan headquarters, and the news said that it was caused by the charging electronic device
YouTube has been revealed as early as this fall to launch an online store to support streaming platform subscriptions
Video game company Unity rejected AppLovin's $17.5 billion takeover offer
Huawei Mate 50 series first emergency mode: can make phone calls and scan when the battery is exhausted