Get your wallet ready: Steam's biggest sale of the first half of the year is coming up

Recently, whistleblower Theemork posted a message on social media,It's time to get your wallet ready for Steam's biggest sale of the first half of the year: the Summer Sale, which is likely to kick off around June 23.

It is reported,The campaign will kick off on June 23 and last for two weeks until July 7, as usual.

First of all, similar to the summer promotion and winter promotion in recent years, this summer Promotion is likely to adopt the way of mini-game guidance to attract users to participate in the promotion through interactive games.

And in the game lineup, most of the second and third tier manufacturers will not give up the opportunity to promote their games, players who like niche games can expect their attention to the game discount.

For the larger triple-A games,European and American manufacturers will basically come up with a record low price in the summer, some old games may also appear a new record low price.

Japanese manufacturers, Capcom, SONY and so on should also give a substantial discount; However, such "traditional" manufacturers as SE and Glory,There are discounts during the promotion period, but most of them are just for show, there will not be too much incentive. 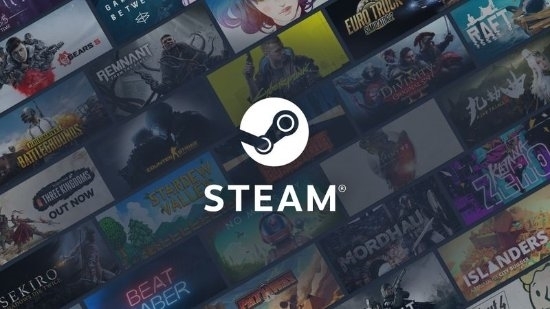 Related news
Taptap can't be a Chinese mobile game version of steam
Get your wallet ready: Steam's biggest sale of the first half of the year is coming up
Hot news this week
Kuaishou launched a self-developed cloud intelligent video processing chip: The chip has been streamed successfully
Ministry of Public Security: Single telecommunications network fraud continues to cause 40 % of all electrical fraud cases
Special price "kill ripe"? Bike-sharing platforms have different prices for the same package for different users
A tech company in Shanghai has been fined 220,000 yuan for swiping orders to improve its ranking on Yelp
Text message color, picture quality compression! Google calls out Apple for improving cross-device messaging
Alibaba: Shareholders SoftBank will settle in advance for advanced payment in advance involving a maximum of about 242 million ADR
It is also the collapse of the mine card: NVIDIA graphics card plummeted, AMD graphics card increases against the trend
Gaming phones also have optical shake protection: a 50-megapixel large-background master camera on the Rescuer Y70
Musk's eyes! Lei Jun released a full -size humanoid robot Xiaomi self -developed strength explosion table
Biden signed a chip and scientific bill, a video call of WeChat iOS internal test suspension window, the advanced CPU caused Win11 to be difficult to use, Huawei new machines enter...
The most popular news this week
Economic Daily: US Chip Act will not stop China Chip!
Because of violating consumer law, Google was fined about 288 million yuan
Global e-commerce revenues may shrink for the first time
Apple's M2 processor is coming down: The iPad Pro 2022 is scheduled to ship in October
Are the suitcases hot? Meteorologist alert, the climate crisis is here!
Has been taken 4 pins, the new crown vaccine, the American Pfizer CEO is positive: taking special effects medicine
A fire broke out in Nintendo Japan headquarters, and the news said that it was caused by the charging electronic device
YouTube has been revealed as early as this fall to launch an online store to support streaming platform subscriptions
Video game company Unity rejected AppLovin's $17.5 billion takeover offer
Huawei Mate 50 series first emergency mode: can make phone calls and scan when the battery is exhausted