Xunyou Technology is caught in the "internal fighting" storm? The board of directors removal of Yuan Xu President's position

Xunyou Technology (300467, SZ; the closing price of 11.70 yuan) announced on the evening of June 2 that the company's board of directors reviewed and approved the voting results of "5 votes consent, 2 votes against, and 1 voting abstain". Proposal of Mr. Xu's President of the Company ". Judging from the voting results, Chen Jun, the chairman of Xunyou Technology, voted for the vote, and Yuan Xu himself voted against the vote. Chen Jun agreed to dismiss the position of the company's president, which means that the only "friendly" relationship in the "Iron Triangle" of the company's founder "Iron Triangle" has also dissipated.

In 2011, there was no relative relationship, but Yuan Xu, Chen Jun, and Zhang Jianwei, who were based on the "common concept of enterprise development", signed the "Consensus Act Agreement" of Xunyou Technology. When Xunyou Technology was listed, the three became the company's controlling shareholder and actual controller. In 2020, the unanimous action relationship between the three was lifted, and Yuan Xu and Chen Jun later "united" to dismiss Zhang Jianwei as chairman of Xunyou Technology. After Zhang Jianwei was out of the situation, Yuan Xu now became the protagonist of the dismissal, which could not help but lament the mall like the battlefield. 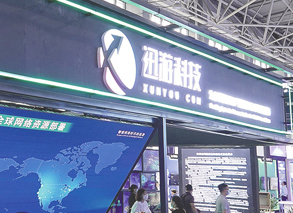 The president was dismissed by the board of directors

According to the announcement of Xunyou Technology, the company's board of directors has reviewed three proposals this time. In addition to removal of Yuan Xu's president's position, there are also "Proposal about the appointment of Mr. Wu Anmin as the president of the company" and "Sichuan Suobao Network Technology Co., Ltd. A proposal to convene a temporary shareholders' meeting. The voting results of the three proposals are consistent.

Yuan Xu, who voted against the vote, said that he was the CEO of Xunyou Technology, Executive Director of Sudao Technology, and the founders of the two companies. Loyalty and diligent. As a result, it resolutely opposed the various bills of the board of directors.

Zhang Yunfan, an independent director of Xunyou Technology, voted for the objections: the existing information cannot support the motion.

As of the time limit of the voting voting of the meeting, the listed company did not receive the director Yao Lei's decision vote and other signature materials, which was deemed to be abstained from the above three proposals.

Prior to the post of removal president, Yuan Xu and Chen Jun seemed to have different differences.

At the Xunyou Science and Technology Board held on February 10, Yuan Xu and Zhang Yunfan voted for the "Proposal on Adjusting the Third Board of Directors' Special Committee". The two said at the time that, in view of the company's third board of directors expired on December 23, 2021, in order to improve the company's governance structure, it is recommended to accelerate the completion of the re -election of the 4th board of directors, and then adjust the special committee members.

At the board of directors held on March 9th, Yuan Xu and Zhang Yunfan voted against the "Proposal on Amendment". Yuan Xu said that before the rectification of the company's fourth board of directors, any changes in seal management methods will bring huge potential risks to corporate governance and internal control, so they oppose the motion. Zhang Yunfan believes that the company's move is not conducive to optimizing company governance.

From the perspective of the equity structure, Yuan Xu currently holds 10.75%of Xunyou Technology, and Chen Jun holds more than 6%of the equity of the company. Both have entrusted the voting right to Guiyang Big Data Industry Group; the actual control of the listed company's actual controller is for the person. Guiyang SASAC.

"Daily Economic News" reporter noticed that Xunyou Technology has continued to be in a state of fighting in recent years.

In September 2019, Yuan Xu and Chen Jun jointly proposed to the board of directors of Xunyou Technology to exempt Zhang Jianwei ’s chairman. The reason for the two at the time was“ Zhang Jianwei was not competent. ” At the same time, the two proposed to recommend Yuan Xu as the chairman of the company. The two proposals of Yuan Xu and Chen Jun won the "4 votes consent and 3 votes against". Zhang Jianwei proposed to dismiss the position of Xunyou Technology president of Xunyou Technology on the grounds of "Yuan Xu suspected of intentionally infringing the interests of the company and violating loyalty obligations", and proposed that he was also the president of the company. However, its proposal was rejected by the board of directors with "1 vote consent and 6 votes against".

However, before the shareholders' meeting was held, Xunyou Technology disclosed in late October 2019: "Zhang Jianwei, Yuan Xu, and Chen Jun, the actual controller," Perform full communication and reached full understanding. "At the same time, Yuan Xu and Chen Jun announced the withdrawal of the removal of the dismissal. At this point, this internal drama seems to be announced.

However, by the end of March 2021, the board of directors of Xunyou Technology suddenly reviewed and approved the "Proposal on the Directors of Mr. Zhang Jianwei Company". In the voting, eight directors such as Yuan Xu and Chen Jun voted for the bill, and only then the then chairman Zhang Jianwei opposed it. At the company's shareholders meeting held in April of the same year, the proposal of the chairman Zhang Jianwei was obtained. Subsequently, Chen Jun was elected by the board of directors as chairman of the company.

At that time, Yuan Xu told the reporter of "Daily Economic News" at the company's shareholders conference that the company did have a lot of negative information before, and then it could only prove it with action that the company deserves everyone's attention and investment. At the time, it stated that Xunyou Technology would start from the fundamental aspect and focus on all the energy and energy on business development. "I am at the age of gold, and I will use Xunyou Technology to a new height in the next 10 years." Yuan Xu said at the time.

From the perspective of performance, Xunyou Technology lost 174 million yuan in net profit in 2021; in the first quarter of this year, the company's net profit loss was 19.111 million yuan.

Related news
Brushing and shaking hands on the 43-inch vertical TV experience? Samsung launches The Sero TV (picture)
Samsung The SERIF TV release: 11999 yuan for built-in "environmental screen" model
The linely group's best mobile processor of the year: God u Kirin 810 wins the title
Gu Geyun's purchase price of cornerstone technology is unknown
Google cloud has acquired cornerstone technology and the price has not been disclosed
"Infighting" again? The president of Xunyou Technology was removed
Xunyou Technology is caught in the "internal fighting" storm? The board of directors removal of Yuan Xu President's position
Hot news this week
Chinese mysterious female rich 560 million buy European luxury homes: the full amount of cash is paid at a time
Do you make feed after Yi Lord? Zhenghong Technology M & A has mystery
The 560m Chinese woman who bought luxury homes has also been involved in JD.com's investments in Tuniu, Vipshop and Fafa Qi
Son's bet that ARM's listing will boost SoftBank's stock price?
China's first "smart factory" for offshore oil and gas equipment manufacturing has been put into operation
The first metasurverse international standard alliance was established, Huawei, Ali, Apple, Google absent
The largest professional wholesale market was granted an Internet payment license, and 449 million yuan became the actual controller of Fastlink
'We're all going to die' if South Korean government doesn't fix Semiconductor industry, former Samsung executive says
More than 200W fast charge! Exposure of the IQOO 10 series should be on the self -developed small chip
Jingdong Technology announced the launch of the "Help micro double" campaign, which plans to triple the number of small, medium and micro services in the next three years
The most popular news this week
Huawei band 7 firmware update added wechat pay
NASA Men's Lunar Lunar Monthly Plan starts the first small spacecraft to explore the road
The cost of LG Energy in the U.S. Factory increases by 300 million US dollars: will re -evaluate the plan
Foreign media: Private equity giant KKR withdraws from Toshiba's potential bidding
Youku sued "Paradise Movie" App for copyright infringement involving "Wolf Warrior 2" and "July and Life"
Black Sesame Intelligent CEO Single Standard: A large computing chip from testing to mass production, at least two years
Facebook explores Voice chat: Testing Discord audio channels in groups
Giant Network: a subsidiary of an equity subsidiary sold its 25.73% stake in the company for about $2.2 billion
Tacks responded that more than 10 people will be charged for basic edition: false news
British media: NASA prevents the auction of Yueyang and the dead cockroaches of the edible monthly sun