Musk "assist"? The attorney general of The state of Texas has opened an investigation into fake Twitter users 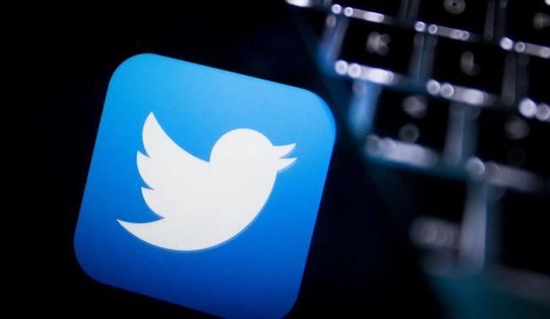 "Attorney General Paxton issued a civil subpoena to investigate whether Twitter's reporting of its real and fake users violated the 'false, misleading and deceptive' provisions of the Texas Fraudulent Trade Practices Act," the Texas Attorney General's office said in a statement.

Paxton asked for detailed information on 23 issues, including comprehensive data on Twitter's daily active users, monthly active users and commercialized active users. He also asked for adequate documentation on the number of fake Twitter accounts for each month so far in 2017, broken down by categories of fake accounts (fake accounts, spam accounts, and bot accounts).

Mr Paxton, who was backed by former President Donald Trump, himself faced securities fraud charges seven years ago but has yet to stand trial.

The same day he announced the Twitter probe, Elon Musk, Tesla's chief executive, threatened through his lawyers that he might withdraw from his $44 billion acquisition deal over concerns about fake accounts.

In an email to Twitter that day, Musk's lawyer said musk had access to Twitter's data to help determine the number of bot accounts on the platform. The letter said Twitter was in "clear and material breach" of the terms of the acquisition agreement by "denying and obstructing" Mr Musk's access to the information.

Marc Fagel, a former regional director of the San Francisco office of the Securities and Exchange Commission and an expert on securities law, said Mr Paxton's statement was unusual because such issues are typically handled by the FEDERAL government.

"States are not necessarily equipped to handle this kind of complex investigation." 'If you're dealing with a local company, that's fine, but if it's a national public company from another state, that's the S.E.C.' s job, 'Mr. Fagre said.

Musk moved Tesla's headquarters from Palo Alto, Calif., to Austin, Texas, last year and opened a large factory in Austin this year. He himself moved to Texas in 2020.

Musk's rocket company SpaceX also has a large manufacturing and launch facility in Brownsville, Texas, and hopes to continue expanding its operations there after receiving approval from the FEDERAL Aviation Commission.

In addition to moving operations to Texas, Mr. Musk has recently become a defender of many conservatives for his criticism of Twitter. Twitter has previously blocked many conservatives, including Mr. Trump. Musk also said last month that he would vote for the Republican party in the upcoming election.

Mr Musk has 96.8 million followers on Twitter, where he regularly criticises Joe Biden, the current US President, and Democrats.

While Musk clearly regrets buying Twitter, some Twitter shareholders don't want him to walk away from the deal. They filed a lawsuit against Mr Musk in California to ensure he could close the deal at $54.20 a share.

Twitter shares fell 1.49 percent to close at $39.56 in regular trading Monday on the Nasdaq Stock Market.

Related news
Samsung The SERIF TV release: 11999 yuan for built-in "environmental screen" model
Musk "assist"? The attorney general of The state of Texas has opened an investigation into fake Twitter users
Hot news this week
Kuaishou launched a self-developed cloud intelligent video processing chip: The chip has been streamed successfully
Ministry of Public Security: Single telecommunications network fraud continues to cause 40 % of all electrical fraud cases
Special price "kill ripe"? Bike-sharing platforms have different prices for the same package for different users
A tech company in Shanghai has been fined 220,000 yuan for swiping orders to improve its ranking on Yelp
Alibaba: Shareholders SoftBank will settle in advance for advanced payment in advance involving a maximum of about 242 million ADR
Text message color, picture quality compression! Google calls out Apple for improving cross-device messaging
It is also the collapse of the mine card: NVIDIA graphics card plummeted, AMD graphics card increases against the trend
Gaming phones also have optical shake protection: a 50-megapixel large-background master camera on the Rescuer Y70
Biden signed a chip and scientific bill, a video call of WeChat iOS internal test suspension window, the advanced CPU caused Win11 to be difficult to use, Huawei new machines enter...
Musk's eyes! Lei Jun released a full -size humanoid robot Xiaomi self -developed strength explosion table
The most popular news this week
Apple's M2 processor is coming down: The iPad Pro 2022 is scheduled to ship in October
Are the suitcases hot? Meteorologist alert, the climate crisis is here!
Has been taken 4 pins, the new crown vaccine, the American Pfizer CEO is positive: taking special effects medicine
A fire broke out in Nintendo Japan headquarters, and the news said that it was caused by the charging electronic device
YouTube has been revealed as early as this fall to launch an online store to support streaming platform subscriptions
Video game company Unity rejected AppLovin's $17.5 billion takeover offer
Huawei Mate 50 series first emergency mode: can make phone calls and scan when the battery is exhausted
iPad 10 will be absent from iPhone 14 conference: October appeared on Apple's last non -comprehensive tablet tablet!
Graduates have a chance to get a million dollars? Sequoia China has set up YUE, a start-up accelerator
Samsung adjustment strategic layout will gradually eliminate DDR3 memory chips