The real game behind the virtual anchor 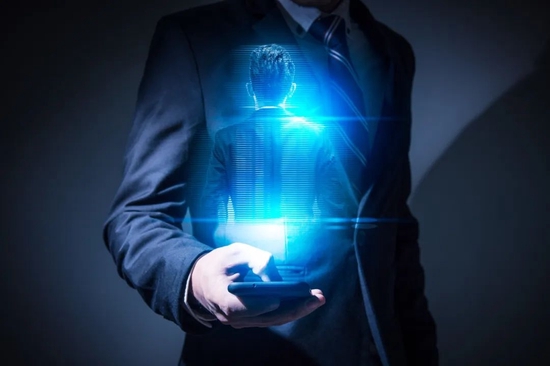 If one day, AI completely replaces "Zhongren", will fans buy it? Or will people miss the living ICONS of the past who were at risk of rolling over?

The author | & have spent Then she

Over the past two years, virtual idols have moved from the margins to center stage on an Internet that is increasingly unable to tell new stories. But a recent incident has shed light on the real game behind the virtual idols.

On May 21, a virtual anchor named "Bo Rin Porin" posted that she had disappeared for half a year because she was trafficked and later rescued by police. On May 31st the sensational story was quashed. B permanently banned the account and said it would launch a nationwide investigation into the fake content of MCN organizations.

Abduction is false, fraudulent flow is real. Although this is just a little-known small anchor, but reflects a truth: where there are people is rivers and lakes, where there are interests, there are surges of humanity and the game of all parties.

People who don't care too much about the second world may wonder that the virtual anchor is not fake, how can it be abducted and sold?

So let's do a little generalization here. At present, virtual idols are mainly divided into two categories. One is pure technology, such as Hatsune Miku, which is a set of sound library software and personified image. There is also a kind of technology + artificial, external display is made with technology of the two-dimensional image, but behind is played by real people, through optical motion capture technology, radio, etc., real people's actions and voice can be transformed into virtual image performance. We're going to talk about the latter.

Before that, there were negative incidents of virtual idols. A-soul, A virtual idol group owned by Bytedance, announced on its official website B on May 10 that member Jia Le will go into "live-streaming hibernation" due to physical and academic reasons. After digging deeper, fans found problems such as unequal pay and treatment, workplace bullying and poor living conditions among the girls behind their idols.

The popularity of virtual idols stems from the common appeal of fans and capital to idols -- don't "collapse the house". The spate of idol car accidents shows that no matter how perfect the image on the screen, the idol has real life after all, and the real side is difficult to control. So simply go to the two yuan, show in front of the fans is a cartoon image, will never smoke, drink, fall in love and have a scandal, naturally no car to turn over.

However, the deep demand of fans and capital for virtual idols is inconsistent, which is mainly reflected in the attitude of "zhong Ren".

From the point of view of capital, the existence of "zhong Zhi ren" is the product of imperfect technological development. The technology is not yet ready to develop an ai-powered virtual idol with a personality that can tell the real thing from the real thing, so a "Chinese person" is needed to fill in the gaps and serve as a transition. In the eyes of capital, "zhong ren" refers to voice actors and action doubles, which should not enjoy the treatment of traditional idols. After all, if the physical appearance and other conditions are good enough, can directly become a star, will not be "zhong Man".

For fans, they are emotionally attached to their virtual idols as they grow up with them after their debut. Even if fans never know what the person behind the holster looks like or whose last name is, they know it's a real person, and their empathic object will still be the person, not the two-dimensional character on screen. So when fans learn that the real treatment of "Zhongzhong" is not satisfactory, they will be angry to condemn the capital.

Why do fans empathize with people they never knew? Mainly out of the psychological injury. "Even an ordinary person can become the person they want to be in the virtual world." Capital, platforms, traffic, technology -- they're unsympathetic because they're cold. Only frail human beings like us can soothe us, even if they hide behind a holster.

But fans bypass the "holster" and directly project their emotions onto the "middle person", which makes the capital feel uneconomical and risks getting out of control. After the popularity of virtual idols, if the "zhongzhidren" took their fans to self-respect, and really put themselves as a star, then the hard development of technology, operation and maintenance, what is the plan?

The ultimate intention of Capital is to eventually replace the "middle man" with AI through iteration. When that happens, fans won't be able to tell whether it's an AI or a real person behind the leather case, and a virtual idol will be born. And such virtual idols are always obedient and never turn over the printing press.

The core driving force behind the growth of the Internet has been to make the unreplicable replicable. The development of digital wave to virtual idol this step can be said to touch the bottom code of human nature. Now, technology is starting to replicate us.

However, if one day, AI completely replace "Zhong Ren", will fans buy it? Or will people miss the living ICONS of the past who were at risk of rolling over?

But the controversy over virtual idols reflects how, no matter how the virtual world evolves, the rules of the game we know in the real world emerge when it comes to sharing profits.

Related news
I NEED MY EX BACK WITH THE HELP OF A REAL SPELL CASTER 2021
Hot news this week
Chinese mysterious female rich 560 million buy European luxury homes: the full amount of cash is paid at a time
Do you make feed after Yi Lord? Zhenghong Technology M & A has mystery
The 560m Chinese woman who bought luxury homes has also been involved in JD.com's investments in Tuniu, Vipshop and Fafa Qi
Son's bet that ARM's listing will boost SoftBank's stock price?
China's first "smart factory" for offshore oil and gas equipment manufacturing has been put into operation
The first metasurverse international standard alliance was established, Huawei, Ali, Apple, Google absent
The largest professional wholesale market was granted an Internet payment license, and 449 million yuan became the actual controller of Fastlink
'We're all going to die' if South Korean government doesn't fix Semiconductor industry, former Samsung executive says
More than 200W fast charge! Exposure of the IQOO 10 series should be on the self -developed small chip
Jingdong Technology announced the launch of the "Help micro double" campaign, which plans to triple the number of small, medium and micro services in the next three years
The most popular news this week
Huawei band 7 firmware update added wechat pay
NASA Men's Lunar Lunar Monthly Plan starts the first small spacecraft to explore the road
The cost of LG Energy in the U.S. Factory increases by 300 million US dollars: will re -evaluate the plan
Foreign media: Private equity giant KKR withdraws from Toshiba's potential bidding
Youku sued "Paradise Movie" App for copyright infringement involving "Wolf Warrior 2" and "July and Life"
Black Sesame Intelligent CEO Single Standard: A large computing chip from testing to mass production, at least two years
Facebook explores Voice chat: Testing Discord audio channels in groups
Giant Network: a subsidiary of an equity subsidiary sold its 25.73% stake in the company for about $2.2 billion
Tacks responded that more than 10 people will be charged for basic edition: false news
British media: NASA prevents the auction of Yueyang and the dead cockroaches of the edible monthly sun