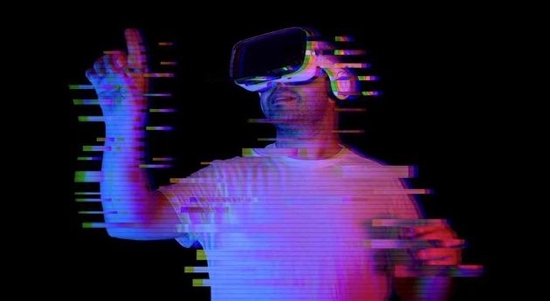 Sina science and technology news Beijing time on June 10 morning news, it is reported that where is the meta-universe? Anyone watching apple's annual Developer conference keynote this week expecting a more immersive 3D digital world will be sorely disappointed.

Contrary to widespread expectations, there was no mention of Either Apple's much-anticipated augmented reality headset or ARKit, a software platform that helps developers create related apps.

The meta-universe was also surprisingly absent from the Google and Microsoft developer conferences over the past month. Whatever plans these companies have to develop what could be the most important computing breakthrough since the smartphone, they are not ready to make a public pitch.

Annual developer conferences are important occasions for leading tech companies to try to push software developers around the world to create apps and attract billions of people to their platforms. Yet despite the high expectations, these companies are still cautious about the metasverse, and it's worth noting.

Such a low profile inevitably gives the impression that the companies still believe it is too early to bring metasverse technology to the mass market. Or, at least, they haven't figured out how to integrate meta-cosmic technology into their business. Only Meta has been pushing the concept of a meta-universe to find a future beyond social networking businesses like Facebook.

Their recent caution shows that the industry is still grappling with two aspects of the problem that have bedeviled the future of the metasverse. For one thing, it's still hard to design a headset that many people want to wear for long periods of time.

But where the future lies remains unclear: a clunky, fully immersive VR headset, glasses that are easy to put on and take off, or something in between? Like the smartphone world before the iPhone, the tech industry is still waiting for a killer product to point the way to future "visual-first computing."

The second reason most tech companies are wary of the metasexes is that they are still poorly defined. It is easy for the outside world to understand what the full virtual reality world is, but not so easy to understand how virtual and real can be fused together in a less immersive way. Does this involve pasting digital information onto a real-world picture, as in the cockpit of a fighter jet? Or is it like digital entertainment on an IMAX screen? Or interacting with virtual characters that look very real?

Pushing developers to premature targets can backfire, as Google did when it launched Glass in 2012. Google's open invitation to developers to build apps actually resulted in a lot of waste, while taking no further steps toward revealing the future of augmented reality.

Meta is pushing for fully immersive virtual reality, but the average user may find Meta's arguments unconvincing. As the company demonstrated three years ago, conducting business meetings through legless virtual people in virtual reality is as unglamorous as it is embarrassing.

Metaverse may have more explicit applications when it comes to specific enterprise scenarios. Microsoft, for example, has been pushing hard to build "digital twin" systems in office buildings or production lines so companies can better understand how some changes will affect their business.

But for most people, it's still not clear which apps are important enough to merit a special headset. That has led the big tech companies to take a very cautious approach so far.

At this year's developer conference, Google's only mention of augmented reality was a presentation of a translation app. People wearing smart glasses can watch other people talking in various languages while reading subtitles. That's in stark contrast to the gimmicky Google Glass launched 10 years ago.

For now, it makes sense to sit tight. Apple is reportedly pushing ahead with demo projects to fully showcase its AUGMENTED reality headsets. Apple could still launch the device later this year.

Most big tech companies are making quiet forays into the metasverse. But it's important to note that when the starting gun is finally fired, competition around the next generation of mass-market computing platforms will be fierce.