Microsoft has revealed all the new games it will be able to play in the coming year, with esports and mobile games added to its subscription service

On the morning of June 13, Microsoft's game division held its most important game lineup launch of the year, featuring a number of games, including Forza Motorsport 7, Starry Night, Diablo 4, Starry Night and Empty Knight: Song of Silk.

During the 95-minute event, Microsoft focused on meeting expectations for its gaming business by showing players what new games can be played over the next 12 months. This is also the first large-scale game release event held by Microsoft after the acquisition of Bethesda and Activision Blizzard. The content has also been strongly supported by the latter two companies, showing the phased results of the integration of Microsoft's internal game development capacity. 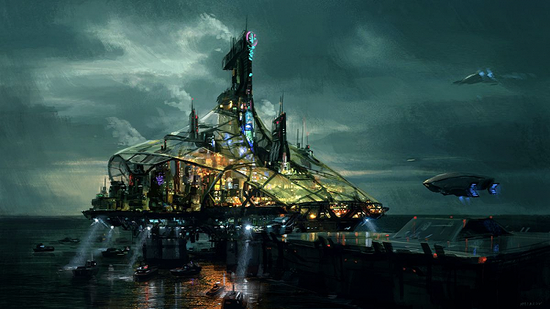 Two titles from Microsoft's gaming division, Bethesda, were given the opening and closing treatment, including vampire shooter Redfall and open-world role-playing game Starry Night: Red Falls, developed by veteran studio Arkane, features a co-op survival shooter. Starry Night, led by veteran game producer Todd Howard, is one of the most anticipated games of all time. Based on his own "NASA-Punk" style, the game features free-form exploration, ship base building and narrative experiences with a sci-fi space theme. Bethesda also claims starry Night is massive, with more than 1,000 planets to explore.

Activision blizzard has released its two IP "watchman pioneer" and "diablo" the latest news: "the watchman pioneer" in the second half of this year to launch a new version of the "watchman pioneer: return will be converted to free game, and" diablo "new diablo 4 announced the open world model, and in 2023 officially launched.

As you can see, after years of acquisitions and business building, Microsoft's games division has grown enough capacity to support its subscription services. In addition to the above games, Microsoft is currently operating a number of service games are updated content, including Sea of Thieves, Microsoft SIMS Flight, The Elder Scrolls Online, Fallout 76, and so on, further strengthening the appeal of Microsoft's game business. 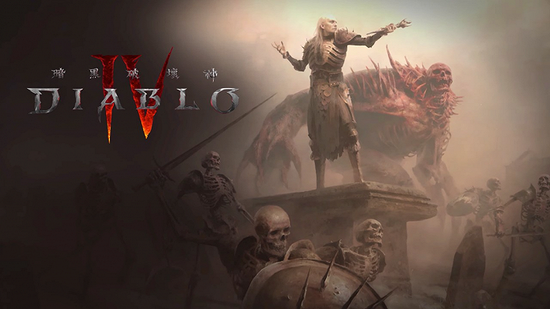 Microsoft has also stepped up its partnerships with Asian Game developers, with two domestic games, Guns and The Dead, coming to Game Pass, and the Japanese Game series, Kagoshima, making its debut on Xbox. Hideo Kojima, a well-known game producer, announced at the event that he would be handing over his next game to Microsoft, saying that he had always wanted to create a game that players could experience "like never before," and that it was now possible thanks to Microsoft's cloud technology. 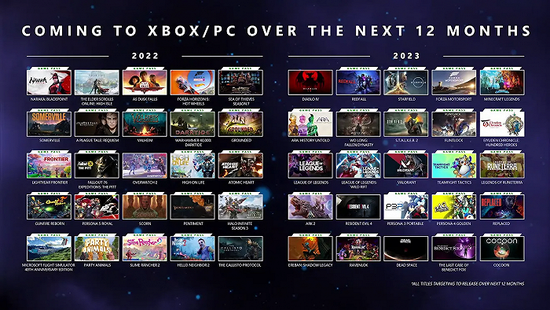 According to Microsoft, the vast majority of the event will be played by Game Pass subscribers, and the constant mention of the "Day one" pitch reinforces the perception of Game Pass subscriptions. The gaming services of rivals SONY and Nintendo are lackluster by comparison, and so far are no match for Microsoft.

Gaming subscriptions also drive sales of Microsoft's Xbox, making gaming one of the company's fastest-growing businesses. Markets expect, at present the Microsoft Xbox Series has more than 12 million X | S console sales. Microsoft's Game Pass service has more than 25 million subscriptions, according to its latest financial results. But Microsoft has also been hit by the supply of semiconductor components that have depressed demand for consoles.

In the game industry competition, in addition to large-scale mergers and acquisitions, major players are also adjusting their operations. Previously, & have spent SONY has told investors that half of all new games will be for mobile devices such as smartphones and PCS by 2025. While its PlayStation line of consoles is selling well, the company adjusts the proportion of developers to adapt to the environment in which games are used. SONY will also change its game content to focus more on service games. In addition to its traditional game business, Nintendo is also increasing investment in IP such as movies and amusement parks.

Related news
Epic Games accused Google of monopolizing the latter, which may have a better chance than apple
Analyst: Epic Games vs. Apple makes it harder for developers to win against Google
Netflix announced 65 million euros to acquire Finnish game developers next Games
Netflix announced the acquisition of Finnish game developer Next Games for a total share capital of €65 million
What is the logic behind the proposed €65 million acquisition of Next Games Netflix?
Sony, Lego parent company invested heavily in Epic Games, how did the game engine business grow?
Hot news this week
Young people can't change their mobile phones one brother pressure in the channel inventory up to 50 million
Chinese mysterious female rich 560 million buy European luxury homes: the full amount of cash is paid at a time
Criminal gang candid courier list takes the money 8 people to be arrested
Do you make feed after Yi Lord? Zhenghong Technology M & A has mystery
The 560m Chinese woman who bought luxury homes has also been involved in JD.com's investments in Tuniu, Vipshop and Fafa Qi
The goose factory is finally making a move on the metasverse?
With this charging treasure that can legal "stealing electricity", I don’t worry about the mobile phone out of power
Son's bet that ARM's listing will boost SoftBank's stock price?
Huawei Hongmeng has become! Many mobile phone manufacturers will follow up with Hongmeng OS technology
China's first "smart factory" for offshore oil and gas equipment manufacturing has been put into operation
The most popular news this week
AMD's new generation mobile processor broke the news: 16 -core CPU RTX 3060 level core display
China's first "smart factory" for offshore oil and gas equipment manufacturing goes into operation
More than 2.3 billion wealth management products exploded, and the big game factory suspected to step on the Thunder Wutu Mine Trust
From Toshiba to Sony Japan Semiconductor Corporation, generally facing serious talents in talent shortage
Because of these "two sins", Baoding Bank was fined 750,000! Just fined 800,000 three months ago
Byte buying gear for the metasverse again?
Xiaomi 12T core parameter exposure: Snapdragon 8+, 120Hz AMOLED screen
Large -scale number robbing learning is related to it! Tencent has responded
Produced by Tencent! "Peerless Double Pride" is fixed for the first animation of the ancient dragon work
The fourth major operator appears! China Radio and Television 5G network service startup