IT House News on June 18, Microsoft's classic browser Internet Explorer (IE) stopped supported on June 15, 2022. According to Reuters, for Korean software engineer Jung Ki-Young, Microsoft decided to retire IE IE The browser marks the end of the 25 -year -old love and hate relationship with the technology, so he decides to set up a monument for him.

In order to commemorate the demise of IE, Jung Ki-Young spent a month and 430,000 won (about 2236 yuan) designed and ordered a "E" logo with an Explorer and a tombstone with English epitaph: "It is downloading other other downloads other Good tool for browser. "

According to reports, after the monument was exhibited in a cafe in Qingzhou, a southern South Korea, the tombstone photo was circulated among Korean netizens. Jung Ki-Young said that this monument represents his complex feelings for old software, and these software played an important role in his work and life. 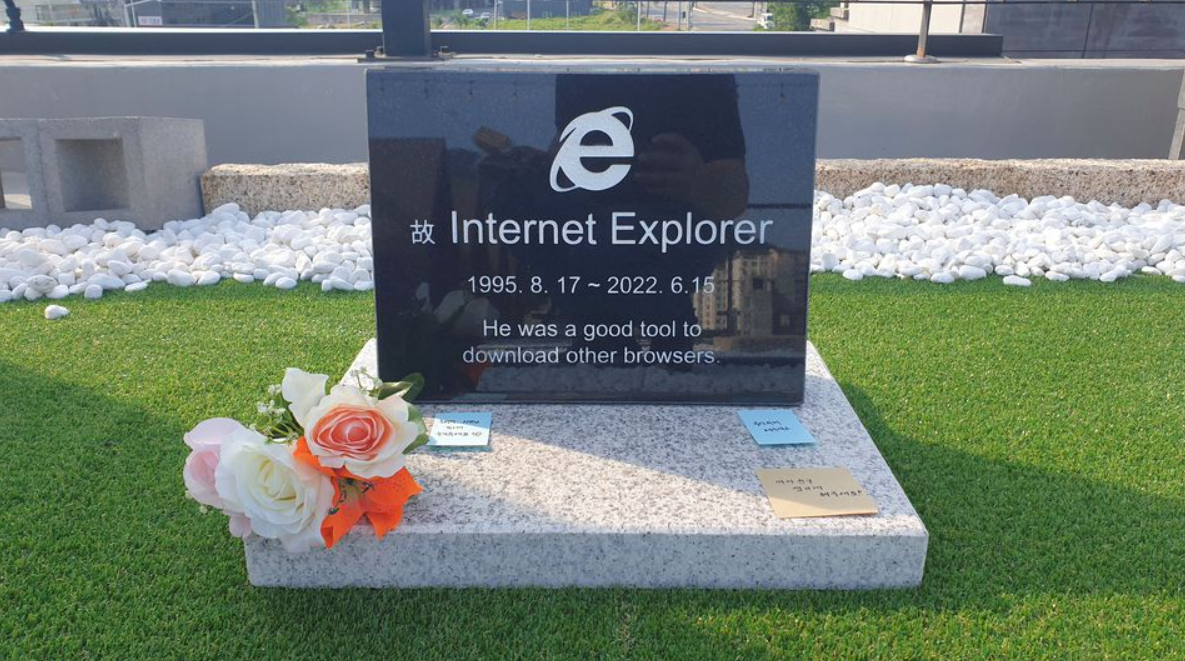 JUNG KI-YOUNG told Reuters: "I think this is a relationship of love and hate, because IE itself has dominated an era. Compared with other browsers, my website and online application and IE are used in conjunction with IE. Longer. "

In addition, his client has always asked him to ensure that the website runs well in the IE browser. Over the years, IE browser has been the default browser of the Korean government office and many banks, which sounds similar to domestic. 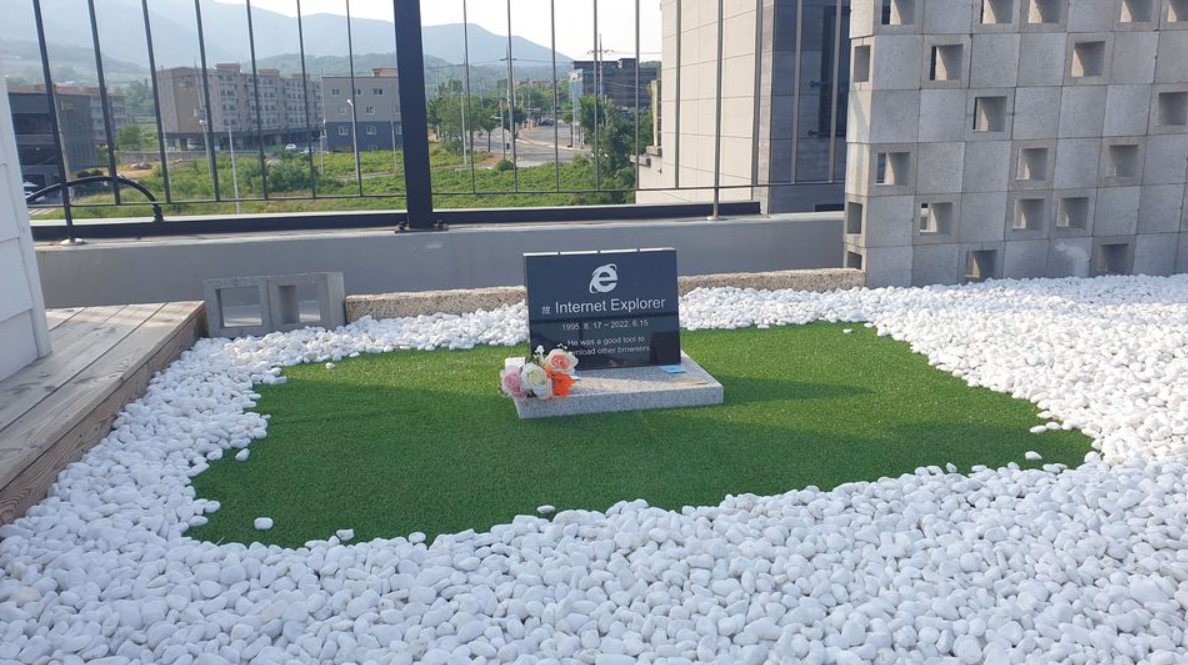 IT House learned that IE browser was launched in 1995. As a pre -installed software for Windows operating systems, it has been the world's leading browser for more than ten years. However, over time, the IE browser gradually couldn't keep up with competitors in terms of performance and appearance. Netizens ridiculed as "browser download tools", and even a widely spread pictures on the Internet. 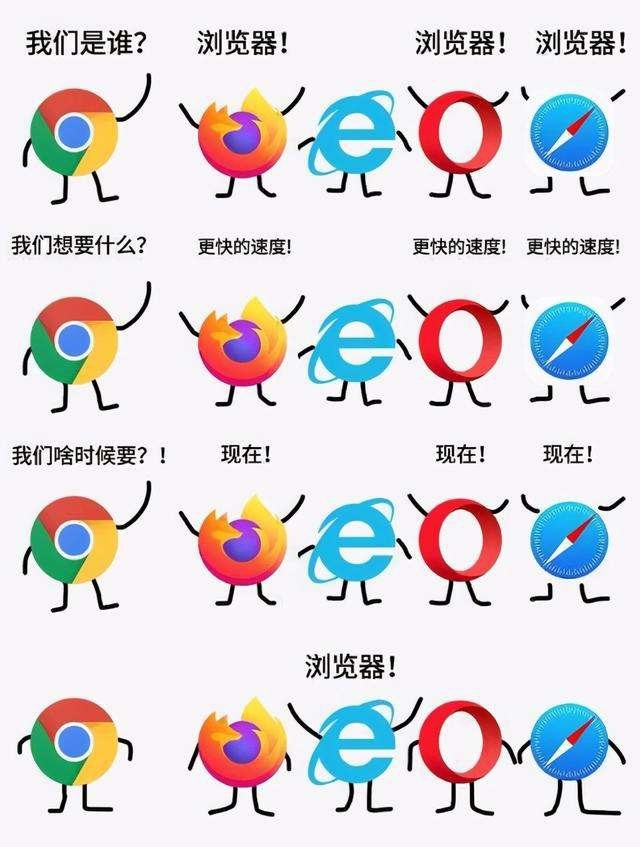 Related news
Will Chrome kill IE in 10 years turn it into another IE?
@#I WANT A LOAN NOW 27788523569 USA,UK LONDON,SOUTH AFRICA
Microsoft announces ie enters death countdown! Looking back on the legendary life of IE
After all, it was Microsoft that beat Internet Explorer
Microsoft IE browser tombstone claims "it is a good tool for downloading other browsers" in South Korea
South Korean engineers set up monuments for the IE browser, and the epitaph said "it is a good tool for downloading other browsers"
South Korean engineer to IE browser standing monument picture crazy spread: tombstone teasing global netizens and authors responding
Hot news this week
Young people can't change their mobile phones one brother pressure in the channel inventory up to 50 million
Chinese mysterious female rich 560 million buy European luxury homes: the full amount of cash is paid at a time
Criminal gang candid courier list takes the money 8 people to be arrested
Do you make feed after Yi Lord? Zhenghong Technology M & A has mystery
The 560m Chinese woman who bought luxury homes has also been involved in JD.com's investments in Tuniu, Vipshop and Fafa Qi
The goose factory is finally making a move on the metasverse?
With this charging treasure that can legal "stealing electricity", I don’t worry about the mobile phone out of power
Son's bet that ARM's listing will boost SoftBank's stock price?
Huawei Hongmeng has become! Many mobile phone manufacturers will follow up with Hongmeng OS technology
China's first "smart factory" for offshore oil and gas equipment manufacturing has been put into operation
The most popular news this week
AMD's new generation mobile processor broke the news: 16 -core CPU RTX 3060 level core display
China's first "smart factory" for offshore oil and gas equipment manufacturing goes into operation
More than 2.3 billion wealth management products exploded, and the big game factory suspected to step on the Thunder Wutu Mine Trust
From Toshiba to Sony Japan Semiconductor Corporation, generally facing serious talents in talent shortage
Because of these "two sins", Baoding Bank was fined 750,000! Just fined 800,000 three months ago
Byte buying gear for the metasverse again?
Xiaomi 12T core parameter exposure: Snapdragon 8+, 120Hz AMOLED screen
Large -scale number robbing learning is related to it! Tencent has responded
Produced by Tencent! "Peerless Double Pride" is fixed for the first animation of the ancient dragon work
The fourth major operator appears! China Radio and Television 5G network service startup