Who is the 100 million anchor Xu Guohao? Once a "Momo brother", the singer anchor debut

According to news on June 16, the State Administration of Taxation's website, recently, the Taxation Bureau of Fuzhou City, Jiangxi Province, found that the online anchor Xu Guohao was suspected of evasion of taxes through taxes. With the cooperation of relevant tax authorities, it carried out tax inspections on it according to law.

After investigation, Xu Guohao obtained live reward revenue from 2019 to 2020. He did not apply for tax declaration tax in accordance with the law for less than 17.5557 million yuan in personal income tax. Pay other taxes and fees of 2.1896 million yuan.

Compared to Wei Ya, Emperor and others who have been punished before, Xu Guohao's popularity is not high. After the punishment was exposed, many netizens asked on social media: "Who is Xu Guohao?"

Surging news reporters sorted out public information and found that Xu Guohao was the anchor of Momo. Momo Number: Xu Ze, once known as "Momo Brother", has millions of fans, and has no relevant information on Momo.

According to public reports, Xu Guohao debuted as a "singer anchor". He once sang the classic song "Lugang Town" with Luo Dayou, and also sang "Mona Lisa's Tears" with Lin Zhixuan. & nbsp; In an interview with the third -party e -commerce operation platform, "Today's Internet Red", Xu Guohao described in 2013 graduating from the Dance Department of Xi'an University of Architecture and Technology. I started my live broadcast career, and I earned more than 10,000 yuan in the first month. 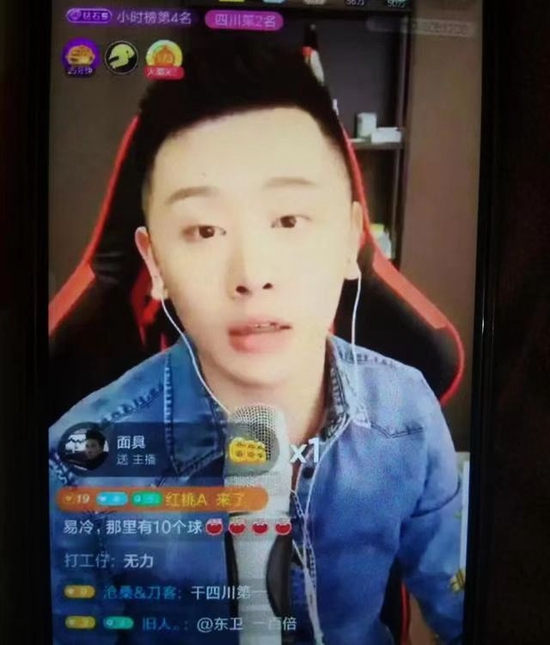 How much is Xu Guohao's live reward income? According to statistics from third -party platform agencies, from 19th to 25th in August 2019, Xu Guohao became the entire platform revenue champion at a revenue of 3.72 million yuan. In November, the monthly revenue was more than 11 million, becoming a monthly champion. Although there are deviations in third -party data, it can also be seen that its gold absorption ability is not ordinary.

It is worth noting that although it is a legal representative, Xu Guohao is not a shareholder of Zemu, Jiangxi. According to the information, Lin Qingxing, a major shareholder, holds 99%of the shares and is an actual controller. Wang Nana holds 1%of the shares. & nbsp; 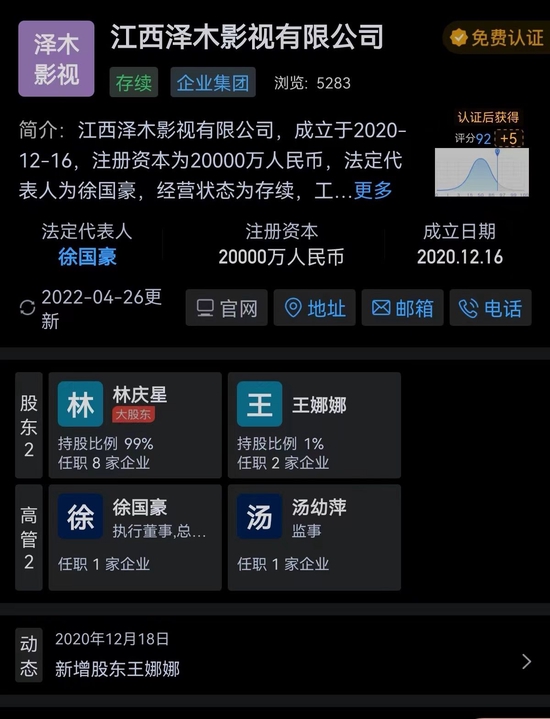 Lin Qingxing's identity is more confusing than Xu Guohao. Public reports show that it is the actual controller of Fouzhou Genesis Technology Co., Ltd., and is closely related to Xiao Yi, the "mining" secretary involved in the dismissal last year.

On November 13 last year, the website of the State Supervision Commission of the Central Commission for Discipline Inspection released news that Xiao Yi, a member of the former party group and vice chairman of the Jiangxi Provincial Political Consultative Conference, was severely disconnected from the party and the public office. The report pointed out that after investigation, Xiao Yi abandoned his original mission, destroyed the "two maintenance" political principles, implemented serious deviations in the major decision -making and deployment of the Party Central Committee, violated the new development concept, abused power introduction and supported enterprises to engage in the requirements of national industrial policy requirements. The "mining" activity of virtual currencies caused a bad impact. & nbsp;

"China News Weekly" reported in November last year that in the same month Xiao Yi was investigated, Lin Qingxing, a 32 -year -old boss of Putian, Fujian and the actual controller of Fuzhou Genesis, was also kept and has not returned.

In January of this year, the prosecutor accused him that during his tenure as the secretary of the Fuzhou Municipal Party Committee, he knew that companies such as Fouzhou Clear Century Technology Co., Ltd. were mainly engaged in the production business of virtual currency computing. In violation of national regulations, illegal regulations such as fiscal subsidies, case trials, funding support, and power guarantee have been helped, resulting in major losses of public property, causing bad social impact, and the circumstances should be particularly serious. responsibility.

The live broadcast business of Momo Mother Company has grown weak: 18% of the live video revenue in the first quarter

It is worth noting that the platform of Xu Guohao's "Momo" has been weak in live broadcast business in recent years and is trying to seek transformation.

This is the second online anchor suspected of tax evasion in June. On June 9, the Second Inspection Bureau of the Beijing Taxation Bureau reported that the online anchor Sun Zizhen (net name: Emperor) was suspected of evading taxes, in accordance with relevant laws and regulations, recovered taxes on Sun Ziyi A total of 11.7145 million yuan.

On May 7 this year, the four departments of the Central Civilization Office, the Ministry of Culture and Tourism, the State Radio and Television Administration, and the National Internet Information Office jointly issued the "Opinions on Regulating the Live Broadcasting and Strengthening the Protection of the Minor" (hereinafter referred to as the "Opinions" To.

The "Opinions" proposes that minors are prohibited from participating in live broadcast rewards; strict control of minors engage in anchors. The website platform shall strengthen the registration and management of anchor account accounts. It shall not provide network anchor services for minors under 16 years of age and provide network anchor services for minors aged 16 to 18, shall obtain the consent of the guardian.

Related news
WHO classifies game addiction as a disease
Infected new crown pneumonia to take medicine for life? WHO think China's new crown outbreak of the second outbreak?
Britain Israel epidemic rebounds due to delta mutation who warns: don't take off the mask even after vaccination
DR. Murugu IS THE BEST SPELL CASTER ONLINE WHO RESTORED MY B
WHO says single dose of HPV vaccine can prevent cervical cancer
Who is the 100 million anchor Xu Guohao? Once a "Momo brother", the singer anchor debut
Hot news this week
Young people can't change their mobile phones one brother pressure in the channel inventory up to 50 million
Chinese mysterious female rich 560 million buy European luxury homes: the full amount of cash is paid at a time
Criminal gang candid courier list takes the money 8 people to be arrested
Do you make feed after Yi Lord? Zhenghong Technology M & A has mystery
The 560m Chinese woman who bought luxury homes has also been involved in JD.com's investments in Tuniu, Vipshop and Fafa Qi
The goose factory is finally making a move on the metasverse?
With this charging treasure that can legal "stealing electricity", I don’t worry about the mobile phone out of power
Son's bet that ARM's listing will boost SoftBank's stock price?
Huawei Hongmeng has become! Many mobile phone manufacturers will follow up with Hongmeng OS technology
China's first "smart factory" for offshore oil and gas equipment manufacturing has been put into operation
The most popular news this week
Xiaomi invests in the establishment of semiconductor technology companies. Is the pine cones surging chip live?
WeChat Youth Model Upgrade: Introducing the payment limit function
Tencent QQ appeared large-scale theft of the real reason revealed: Internet cafe login WeGame in action
AMD's new generation mobile processor broke the news: 16 -core CPU RTX 3060 level core display
China's first "smart factory" for offshore oil and gas equipment manufacturing goes into operation
More than 2.3 billion wealth management products exploded, and the big game factory suspected to step on the Thunder Wutu Mine Trust
From Toshiba to Sony Japan Semiconductor Corporation, generally facing serious talents in talent shortage
Because of these "two sins", Baoding Bank was fined 750,000! Just fined 800,000 three months ago
Byte buying gear for the metasverse again?
Xiaomi 12T core parameter exposure: Snapdragon 8+, 120Hz AMOLED screen