The world's first supercomputer, capable of 10 trillion floating-point calculations per second (peaflops), has topped the list of the world's TOP500 supercomputers for the first half of this year.

The first post-10 billion computer will be the European Union's Jupiter supercomputer, which represents a combined commitment to innovative and transformative exascale research. Europe hopes this will put it on the same track as China and the US. 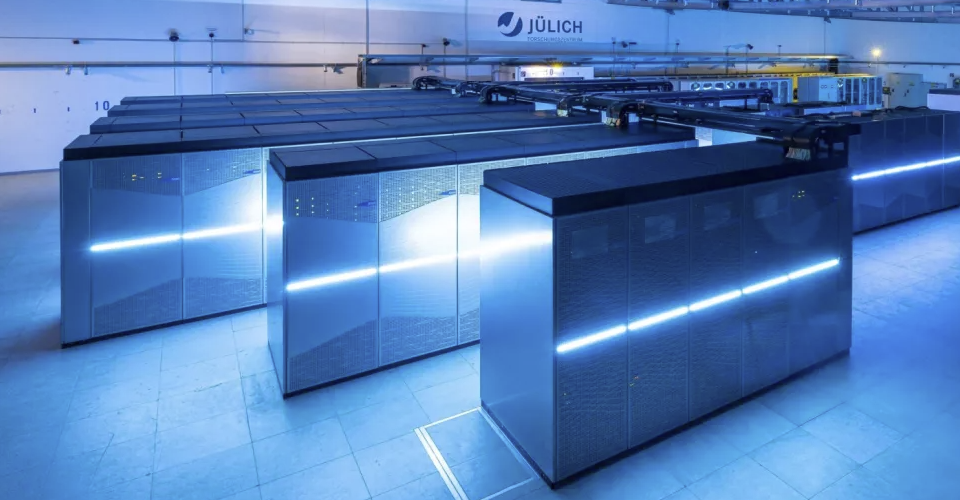 Jupiter will be "a pioneer in the joint venture of innovative and transformative exascale research". The system will open in Forschungszentrum next year. The lich Research Center was launched in a specially designed building built by J& UUML; The LICH Supercomputing Centre (JSC) operates alongside the existing Juwels and Jureca supercomputers.

According to EuroHPC, Jupiter will be used to help scientists solve important scientific problems in areas such as climate change, how to fight epidemics, and sustainable energy production, and aims to enable the application of artificial intelligence and big data volume analysis.

Forschungszentrum Jü Dr. Astrid Lambrecht, professor of the LICH Board of directors, said that reaching the exascale level is the next big advance in high-performance computing.

"Our goal is to provide the most robust infrastructure in Europe, combining neuromorphic computing, supercomputing and quantum computing, to ensure that diverse groups of users from science and industry can learn and grow together, while also benefiting each other," she said.

Half of Jupiter's 500 million euros ($520 million, or 430 million pounds) will come from the EuroHPC JU project, the other half will be provided by the German Federal Ministry of Education and Research (BMBF) and the Ministry of Culture and Science of North Rhine Westphalia (MKW NRW), Forschungszentrum Jü The location of Lich.

JUPITER will be based on a dynamic, modular supercomputing architecture that is already being used for "Juwels" supercomputers. This has led to the latter being upgraded in 2020 with cpu-based cluster modules combined with gPU-equipped acceleration modules (based on Atos BullSequana X hardware).

For Jupiter, the known base configuration will include a generic cluster module and similar GPU acceleration modules, as well as a high-capacity parallel storage module, high-bandwidth flash, and high-capacity backup and storage Settings.

Additionally, Jupiter's optional unit includes another GPU acceleration module and an interactive computing and visualization module, while a quantum processing unit and a neuromorphic processing module may also be included in the future.

Similar to the LUMI, this line of supercomputers is likely to use AMD chips again, after all, as they are known for their power efficiency. Five of the world's 10 fastest supercomputers now use AMD hardware, with Arm and Nvidia making the rest, which is impressive.

According to Forschungszentrum Jü Jupiter is also apparently designed to be a "green" supercomputer and will be powered by green energy, lich said. Jupiter's cooling system is expected to be connected to the campus's new cryogenic network so that waste heat generated can be reused.

In addition to an exaFLOP, Jupiter is also expected to be the world's most efficient supercomputer, with an average power consumption of just 15 megawatts. By comparison, Frontier, with its exascale capabilities, consumes about 21 megawatts. To put that in perspective, its power consumption is 22% lower than that of America's Frontier, currently the strongest, and nearly 50% lower than that of Japan's Fugaku (Arm chip). 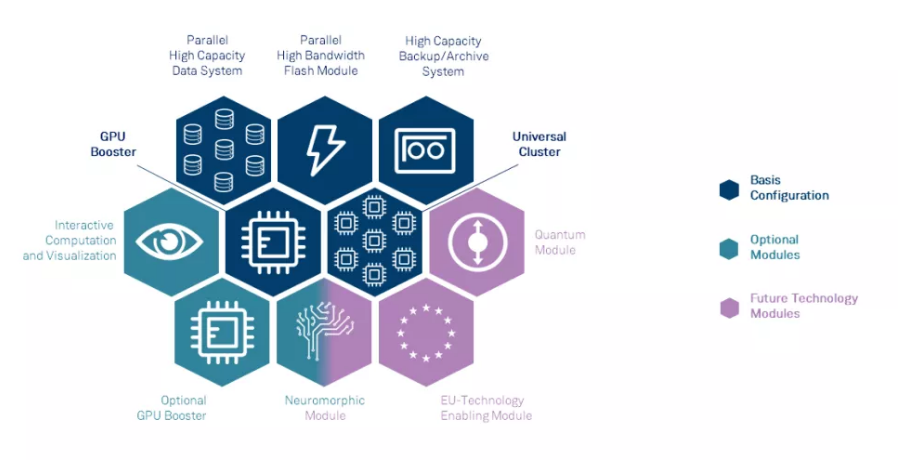 In the first half of this year, China had 173 supercomputers on the list, ranking first in total, IT Home learned. In terms of manufacturers, Lenovo of China is currently the world's largest supercomputer manufacturer.

Fuyue, a Japanese supercomputer, was knocked down to second place by Frontier after topping the list for two years in a row. Finland's Lumi, Europe's largest supercomputer, came third. Us supercomputer Apex, which was number two last time around, fell to number four. Ridge, a supercomputer developed by the US Department of Energy's Lawrence Livermore National Laboratory, ranks fifth. Two of the top 10 supercomputers are from China, the Sunway Taihulight at Number six and Tianhe-2 at number nine.