Bytedance disbanded its Shanghai game studio a month ago 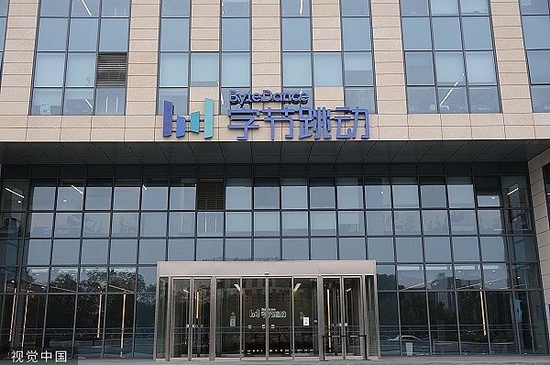 It is understood that Bytedance's game business has been undergoing frequent adjustments recently. In addition to the Shanghai 101 game studio, many other projects are being cut or integrated. A partner said that in the second half of this year, there is only one game expected to cooperate with The Company, and its product line should encounter problems.

In 2019, Bytedance acquired Shanghai Mokung, a subsidiary of Sanqi Interactive Entertainment, and established 101 Game Studio. Before being acquired, Shanghai Mokung had on-line "Invincible" "Decisive Victory wulin" and other game works. Among them, "Peerless" in the online month continued to stabilize the top ten sales position.

The 101 game studio was once seen as a key move by ByteDance into the gaming space, which is trying to follow Tencent into mobile games after owning two short video platforms, Douyin and TikTok. In February, it was announced that Asahi Lightyear was planning to develop a two-dimension 3D open world game similar to The Original God, with 101 Game Studio in charge and recruiting for related positions. An interface news search revealed that most 101 game studio job postings had been removed.

Bytedance's decision to cut its game team was partly influenced by the tightening of its license numbers. Since August 2021, the game has been suspended for more than seven months. Affected by the suspension of the distribution, many game companies can not be listed, a large number of domestic game development teams, studios and even individual developers are also affected by this.

Jiemian.com asked Bytedance about the cancellation and adjustment of 101 Game Studio. As of press time, there is no official reply.

Related news
American job seekers want to know the job opportunities of byte skipping
Bytedance's entry into the car cloud plans to catch up with Tencent by 2025
Sword pointed at Ali, Zhang Yiming wants to do this "hard work"
Latest valuation 3 trillion! Bytedance's largest shareholder started selling old stocks
Byte fired the first shot "anti-overtime", will be the Internet anti-introversion of the key step?
Bytedance is shutting down its education tech business in India
As CFO of ByteDance, Gao Zhun has participated in several IPOs of Chinese companies
Gao Zhun's first knife: swing to the vibrato, split the bytes
Bytecode games: Tiktok is testing a feature that can be played with hosts
Bytedance disbanded its Shanghai game studio a month ago
Hot news this week
Chinese mysterious female rich 560 million buy European luxury homes: the full amount of cash is paid at a time
Do you make feed after Yi Lord? Zhenghong Technology M & A has mystery
The 560m Chinese woman who bought luxury homes has also been involved in JD.com's investments in Tuniu, Vipshop and Fafa Qi
Son's bet that ARM's listing will boost SoftBank's stock price?
China's first "smart factory" for offshore oil and gas equipment manufacturing has been put into operation
The first metasurverse international standard alliance was established, Huawei, Ali, Apple, Google absent
The largest professional wholesale market was granted an Internet payment license, and 449 million yuan became the actual controller of Fastlink
'We're all going to die' if South Korean government doesn't fix Semiconductor industry, former Samsung executive says
More than 200W fast charge! Exposure of the IQOO 10 series should be on the self -developed small chip
Jingdong Technology announced the launch of the "Help micro double" campaign, which plans to triple the number of small, medium and micro services in the next three years
The most popular news this week
Huawei band 7 firmware update added wechat pay
NASA Men's Lunar Lunar Monthly Plan starts the first small spacecraft to explore the road
The cost of LG Energy in the U.S. Factory increases by 300 million US dollars: will re -evaluate the plan
Foreign media: Private equity giant KKR withdraws from Toshiba's potential bidding
Youku sued "Paradise Movie" App for copyright infringement involving "Wolf Warrior 2" and "July and Life"
Black Sesame Intelligent CEO Single Standard: A large computing chip from testing to mass production, at least two years
Facebook explores Voice chat: Testing Discord audio channels in groups
Giant Network: a subsidiary of an equity subsidiary sold its 25.73% stake in the company for about $2.2 billion
Tacks responded that more than 10 people will be charged for basic edition: false news
British media: NASA prevents the auction of Yueyang and the dead cockroaches of the edible monthly sun