Recently, a document released by the US official department NHTSA pushed Tesla to the cusp again, and even some netizens used & ldquo; epic & rdquo; to describe the discovery of the investigation.

According to & ldquo; quantum position & rdquo; reports that the U.S. Highway Safety Administration (NHTSA) has a sentence in the exposed document that looks particularly eye -catching:Autopilot Abort Vehicle Control Less Than One Second Prior to the First IMPACT.

Many netizens have questioned: such a design, Tesla can deny that the accident is because Autopilot?

It is reported that last year, many car owners complained that Tesla broke into the accident scene while turning on AutoPilot of the autonomous driving system and hitting a first aid car, police car or accident vehicle parked on the roadside.

NHTSA has conducted investigations since August last year. NHTSA investigations found that in 16 accidents, Autopilot of most vehicles activated the front collision warning (FCW) before the collision.

About half of the automotive emergency braking (AEB) also conducted active intervention. But in the end they failed (one person died unfortunately).

The terrible thing is, on average,Among these 16 accidents, Autopilot stopped control within one second before the car had occurred.And this is not time to take the time to take over enough human drivers.

At present, the investigation continues, and Tesla has not made further explanations to the matter. And NHTSA reminded that cars that do not have completely autonomous driving on the market, & ldquo; Each car requires the driver to be in control at any time, and all states are required to be responsible for the operation of their vehicles. & rdquo; 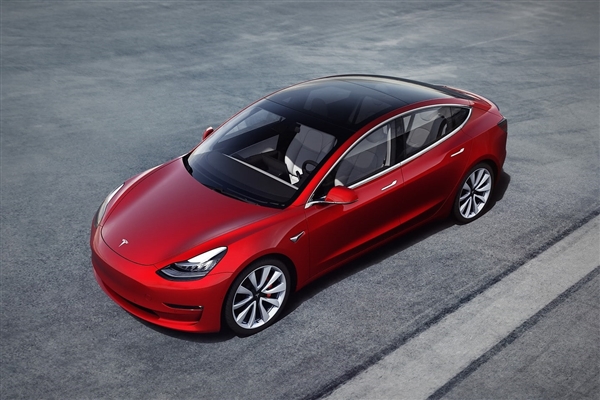 Related news
Tesla crashes into the police car: the auxiliary system autopilot is on all the way, and the two cars in a row haven't stopped automatically
Tesla is required to rename autopilot because it may mislead the owner
Tesla hasn't officially replied to NTSB on autopilot in two years
Musk revealed that Tesla intended to test the automatic parking function autopilot is still an important foundation
Tesla autopilot and other driving AIDS kits will be tested in Sweden
Tesla: autopilot's safe mileage extended in the third quarter
Tesla safety report for the first quarter: autopilot accident rate is 1 / 9 of the average in the United States
Tesla Motors has been charged by the State of Texas police after its Model X Autopilot crashed and injured five officers
Tesla's "Sao Operation" caused questioning: Autopilot automatically exit 1 second before the accident
Hot news this week
Young people can't change their mobile phones one brother pressure in the channel inventory up to 50 million
Chinese mysterious female rich 560 million buy European luxury homes: the full amount of cash is paid at a time
Criminal gang candid courier list takes the money 8 people to be arrested
Do you make feed after Yi Lord? Zhenghong Technology M & A has mystery
The 560m Chinese woman who bought luxury homes has also been involved in JD.com's investments in Tuniu, Vipshop and Fafa Qi
The goose factory is finally making a move on the metasverse?
With this charging treasure that can legal "stealing electricity", I don’t worry about the mobile phone out of power
Son's bet that ARM's listing will boost SoftBank's stock price?
Huawei Hongmeng has become! Many mobile phone manufacturers will follow up with Hongmeng OS technology
China's first "smart factory" for offshore oil and gas equipment manufacturing has been put into operation
The most popular news this week
Xiaomi invests in the establishment of semiconductor technology companies. Is the pine cones surging chip live?
WeChat Youth Model Upgrade: Introducing the payment limit function
Tencent QQ appeared large-scale theft of the real reason revealed: Internet cafe login WeGame in action
AMD's new generation mobile processor broke the news: 16 -core CPU RTX 3060 level core display
China's first "smart factory" for offshore oil and gas equipment manufacturing goes into operation
More than 2.3 billion wealth management products exploded, and the big game factory suspected to step on the Thunder Wutu Mine Trust
From Toshiba to Sony Japan Semiconductor Corporation, generally facing serious talents in talent shortage
Because of these "two sins", Baoding Bank was fined 750,000! Just fined 800,000 three months ago
Byte buying gear for the metasverse again?
Xiaomi 12T core parameter exposure: Snapdragon 8+, 120Hz AMOLED screen