NetEase H -shares fell 10%, its game announced that it was postponed, and official Wei has been banned.

On the news, the "Dark Destruction God: Immortal" game project team jointly developed by NetEase Games and Blizzard Entertainment announced on the 19th that the development team is optimizing the game. The game will be postponed. March 23.

According to Blizzard Entertainment on the 18th, the launch time of the Asia -Pacific region of the game will be postponed to July 8th, so that the listing time in various regions will be staggered, so that the game party will have the opportunity to learn from different stages, and provide players with a smoother download experience. And game experience. However, the estimated launch time in this news is not reflected in the project team announcement. 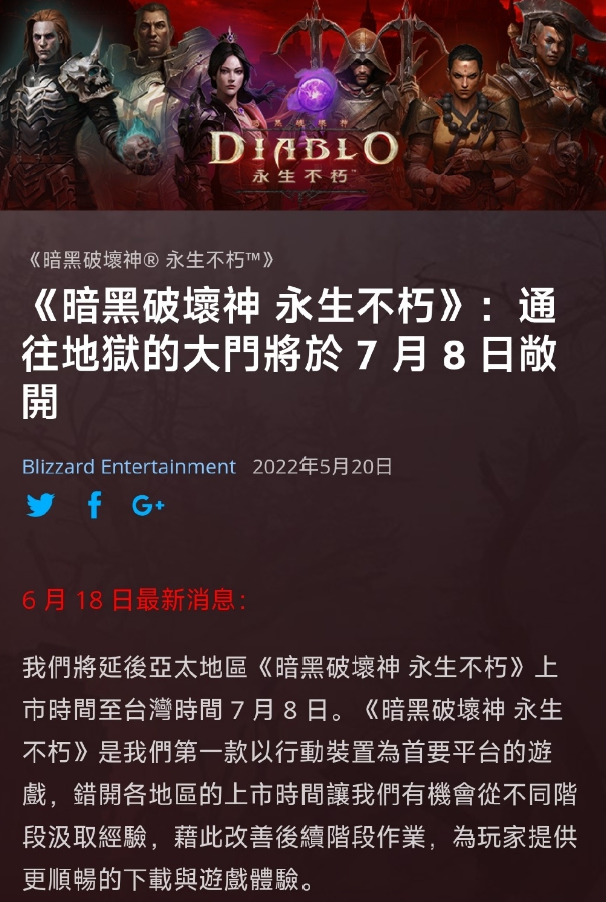 According to Sina Finance report, Creditkin pointed out in the report that "Diablo: Immortal" is one of the most anticipated games this year, but the extension does not give a new release time that may hurt the market emotions. Short -term NetEase's stock price will be under pressure until the company gives a clear release time.