Qualcomm feeling why worthy! Apple's own cpus are at least three years ahead of the industry

Clearly, Apple is getting so good at developing their own processors that they can completely lead the industry, which makes it very difficult for their peers.

Apple's M1 in 2020 was the start of a new line of Macs that ensured the company would never have to rely on another CPU vendor, and its current products far outperform the former. So far, no rival has been able to offer the same capabilities found in similar products, leading one analyst to suggest that Apple has a three-year lead in the arm-based processor market.

With the M2 already at the heart of the latest 13-inch MacBook Pro, it's only a matter of time before a more powerful version is released, and more Mac and iPad Pro products will use it in the future. While Qualcomm continues to offer Snapdragon chipsets for the ARM notebook market, they are nowhere near as effective in terms of performance and power efficiency as the M1.

Sravan Kundojjala, director of mobile component technology services at Strategy Analytics and author of the report, said Qualcomm has only a 3% share of revenue in markets similar to Apple's.

Apple has established itself as the market leader in ARM-based laptop processors, accounting for almost 90 per cent of revenues. Apple's M series of processors set the benchmark and put Apple ahead of other ARM-based PC processor vendors within 2-3 years. In 2021, Qualcomm captured just 3 percent of revenue share in arm-based notebook processors and lagged Behind Apple in CPU performance.

More interestingly, Apple is also chasing the HIGH-PERFORMANCE computing market with the M1 Ultra, which could be replaced by a more powerful chip designed for the upcoming Mac Pro redesign. 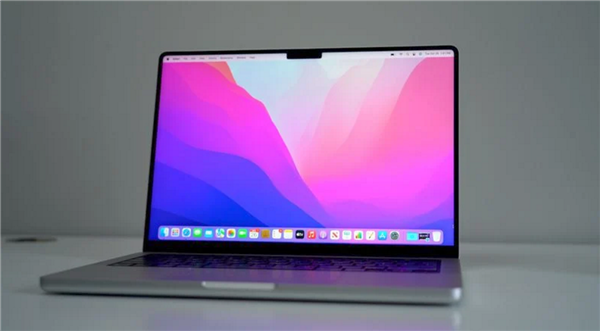 Related news
Just over 100 yuan: I bought "Apple watch" from Huaqiangbei!
Maybe we'll see the apple car in nine months
Why do I suggest you switch to Apple Music
Hot news this week
Chinese mysterious female rich 560 million buy European luxury homes: the full amount of cash is paid at a time
Do you make feed after Yi Lord? Zhenghong Technology M & A has mystery
The 560m Chinese woman who bought luxury homes has also been involved in JD.com's investments in Tuniu, Vipshop and Fafa Qi
Son's bet that ARM's listing will boost SoftBank's stock price?
China's first "smart factory" for offshore oil and gas equipment manufacturing has been put into operation
The first metasurverse international standard alliance was established, Huawei, Ali, Apple, Google absent
The largest professional wholesale market was granted an Internet payment license, and 449 million yuan became the actual controller of Fastlink
'We're all going to die' if South Korean government doesn't fix Semiconductor industry, former Samsung executive says
More than 200W fast charge! Exposure of the IQOO 10 series should be on the self -developed small chip
Jingdong Technology announced the launch of the "Help micro double" campaign, which plans to triple the number of small, medium and micro services in the next three years
The most popular news this week
Huawei band 7 firmware update added wechat pay
NASA Men's Lunar Lunar Monthly Plan starts the first small spacecraft to explore the road
The cost of LG Energy in the U.S. Factory increases by 300 million US dollars: will re -evaluate the plan
Foreign media: Private equity giant KKR withdraws from Toshiba's potential bidding
Youku sued "Paradise Movie" App for copyright infringement involving "Wolf Warrior 2" and "July and Life"
Black Sesame Intelligent CEO Single Standard: A large computing chip from testing to mass production, at least two years
Facebook explores Voice chat: Testing Discord audio channels in groups
Giant Network: a subsidiary of an equity subsidiary sold its 25.73% stake in the company for about $2.2 billion
Tacks responded that more than 10 people will be charged for basic edition: false news
British media: NASA prevents the auction of Yueyang and the dead cockroaches of the edible monthly sun