Omir Rong mutant strains out of control in the United States: 35 days have soared 21 times

According to the latest data released by the US Centers for Disease Control (CDC),As of June 11, local time, the proportion of new infections caused by the new crown virus BA.4 and BA.5 in the United States has reached 21.6 %.

Previously, on June 4th, this ratio was only 13.1 %,May 7th is only 1 %That is, in just 35 days, it has increased by nearly 21 times, and it is expected that it will soon become the main popular strains.

BA.4 and BA.5 are the two seed variants under Omikon Branch B.1.1.529. The mutation sites on the spiny protein are the same. It was first tested in January and February this year. Essence

in Europe,BA.5 has become the most popular mutant strain in Portugal, and the proportion of new infections accounts for about 87 %. At the same time, the number of new deaths returned to the level at the peak of Omikon infection from January to February this year.

The infection of BA.4 and BA.5 has not been found at present than BA.1 and BA.2, butIt may be easier to infect the alveoli epithelial cells of the lungs.

Studies have shown that the mutation of new coronal virus variants on the spiny protein L452, such as the L452R carried by BA.4 and BA.5, will increase the number of effective reproduction of the virus.

Cell experiments show that BA.4 and BA.5 is more efficient than BA.2 in human alveoli epithelial cells, and has higher pathogenicity in hamster experiments. 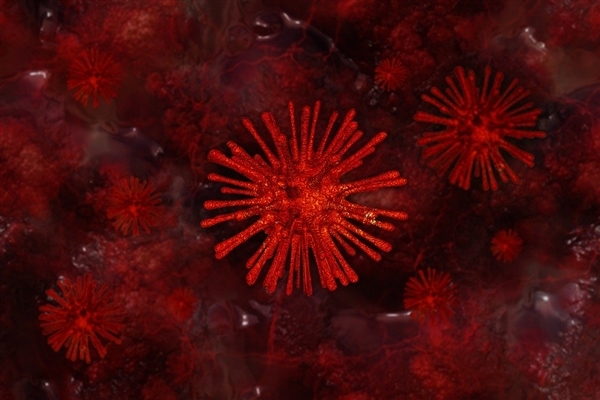 Related news
Zhejiang University found that there are at least 30 variants of the new coronavirus
@666 Join illuminati Kingdom in United Kingdom +27839387284
Strong Money Spells in United States (USA) | spiritual rats
here.@ ***
up to date! O'Kek is more than 50 mutations, and at least 15 states in the United States have found that 21 people in India! 12 people in South Korea are infected, "unpacking" is forced to blow
HOW TO GET RICH IN JUST 3 DAYS
The proportion of new variants in the United States jumped 21-fold in 35 days: stronger transmission and reinfection!
Omicron variant BA.4/5 out of control in THE United States: a 21-fold increase in 35 days
Omir Rong mutant strains out of control in the United States: 35 days have soared 21 times
Hot news this week
Young people can't change their mobile phones one brother pressure in the channel inventory up to 50 million
Chinese mysterious female rich 560 million buy European luxury homes: the full amount of cash is paid at a time
Criminal gang candid courier list takes the money 8 people to be arrested
Do you make feed after Yi Lord? Zhenghong Technology M & A has mystery
The 560m Chinese woman who bought luxury homes has also been involved in JD.com's investments in Tuniu, Vipshop and Fafa Qi
The goose factory is finally making a move on the metasverse?
With this charging treasure that can legal "stealing electricity", I don’t worry about the mobile phone out of power
Son's bet that ARM's listing will boost SoftBank's stock price?
Huawei Hongmeng has become! Many mobile phone manufacturers will follow up with Hongmeng OS technology
China's first "smart factory" for offshore oil and gas equipment manufacturing has been put into operation
The most popular news this week
AMD's new generation mobile processor broke the news: 16 -core CPU RTX 3060 level core display
China's first "smart factory" for offshore oil and gas equipment manufacturing goes into operation
More than 2.3 billion wealth management products exploded, and the big game factory suspected to step on the Thunder Wutu Mine Trust
From Toshiba to Sony Japan Semiconductor Corporation, generally facing serious talents in talent shortage
Because of these "two sins", Baoding Bank was fined 750,000! Just fined 800,000 three months ago
Byte buying gear for the metasverse again?
Xiaomi 12T core parameter exposure: Snapdragon 8+, 120Hz AMOLED screen
Large -scale number robbing learning is related to it! Tencent has responded
Produced by Tencent! "Peerless Double Pride" is fixed for the first animation of the ancient dragon work
The fourth major operator appears! China Radio and Television 5G network service startup