Huawei Hongmeng has become! Many mobile phone manufacturers will follow up with Hongmeng OS technology

According to the news: "Next, I will see the shadow of Hongmeng OS, functional characteristics, and UI design on the iteration of more than one manufacturer.”。

It can be seen through this breaking news that although major mobile phone manufacturers cannot use the Hongmeng OS system directly, they will still use the more useful design in Hongmeng OS in their own mobile phone system. This also means that there are indeed some in Hongmeng OS. It is worth using. 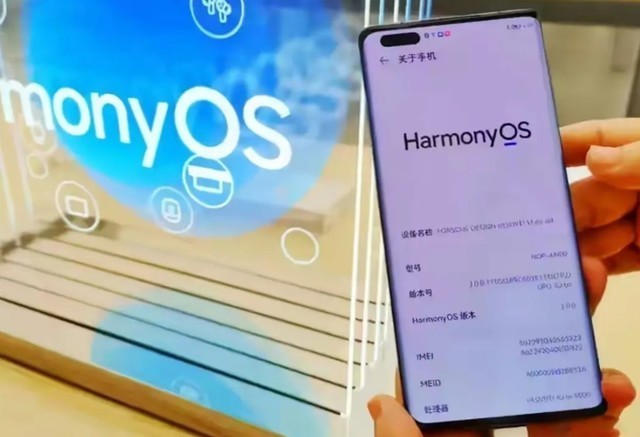 In 2021, Hongmeng OS 2 was launched. This is a distributed operating system for the whole scene. The system brings a new UI interaction method. This year, Hongmeng OS 3 is launched. According to the news, it will abandon the bloated part of version 2.0. Interactive logic and experience have improved, and stability is better.

Related news
Yu Chengdong: A Hongmeng OS can make up all the vulnerabilities of Huawei mobile phones
What does Hongmeng OS, which is not used for smart phones, mean for Huawei?
One of the biggest highlights of HDC 2020: Huawei Hongmeng OS
Hongmeng OS changes TV's life and Huawei's smart screen creates "ten years' worth"
Is Hongmeng OS Android shell? HUAWEI Wang Chenglu: Tucao people do not make complaints about what is open source.
Learn about Huawei Hongmeng OS 2.0 series beta 2: Android goodbye
Wang Chenglu: Huawei mobile upgrades Hongmeng OS at the end of June
Hongmeng 2.0 starts to push Huawei OS to land mobile phone for the first time! Full of highlights
Hot news this week
Young people can't change their mobile phones one brother pressure in the channel inventory up to 50 million
Chinese mysterious female rich 560 million buy European luxury homes: the full amount of cash is paid at a time
Criminal gang candid courier list takes the money 8 people to be arrested
Do you make feed after Yi Lord? Zhenghong Technology M & A has mystery
Internal personnel have caused players to contradict? Netease "Yin Yang Shi": Impossible!
The first pop -up shop in the United States opened, Bubble Mart opened the North American expansion plan
The goose factory is finally making a move on the metasverse?
Big news! The police report henan village banks can not withdraw cash case, has captured a number of suspects
With this charging treasure that can legal "stealing electricity", I don’t worry about the mobile phone out of power
Tesla has lost nearly $600 million after the richest Chinese lost 89% of his net worth in the bitcoin crash
The most popular news this week
The iOS 16 upgrade is no longer supported on the iPhone 6s
Apple M2 version of MacBook AIR July Sale: Magsafe Return
Activision Blizzard CEO Bobby Kotick kept his seat on the board
Apple's best-selling product is getting an update! New AirPods Pro Exposure: Heart rate monitoring, USB-C support
Huawei's new generation of "small table" Watch Fit 2 on the shelves: Support Bluetooth call
Provide abortion travel benefits! Giant companies "resist" US Supreme Court
The Google Pixel 7 Pro will have a Samsung display: brighter than the Pixel 6 Pro
Nokia Style+5G new machine Pass FCC certification: 5000mAh battery+20W fast charge
Behind the collapse of the Mijia app, the lack of PLANB of smart homes
It is said that the Fuji XT5 camera will use 40 million pixel CMOS