Fruit chain faucet falls! After Apple's "cutting order" storm, the listing of the subsidiaries was accused of "drilling the empty"

News on June 22, Goer's A shares fell sharply, and then the limit of the limit was reported to 34.09 yuan/share, with a total market value of 116.5 billion yuan. As of press time, the turnover reached 5.4 billion yuan. 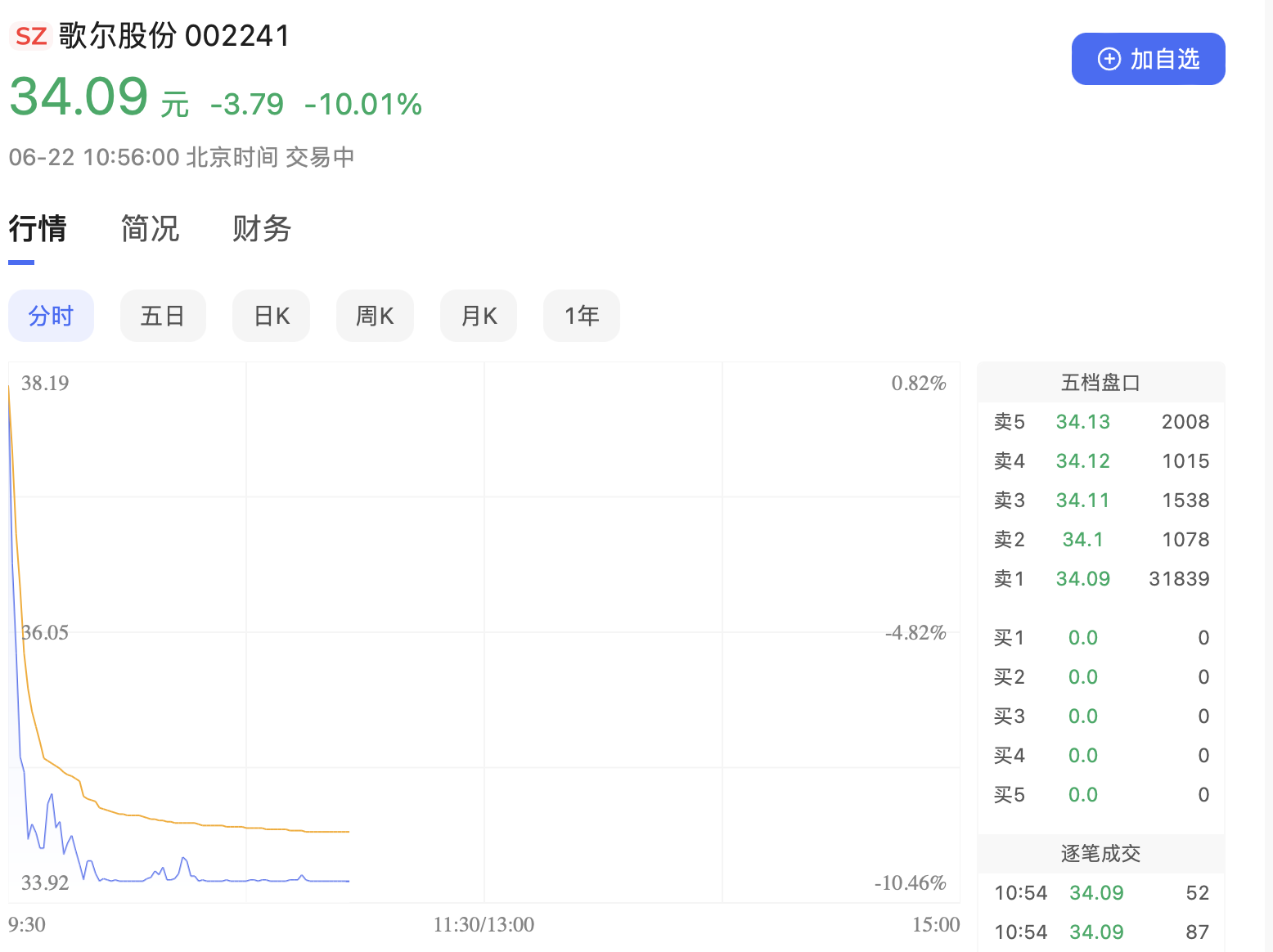 The main business of Goer's business is the research and development of electronic products, and the weakness of the mobile phone market affects its business production. Tianyancha shows that Goor Co., Ltd. was established in June 2001. The main business scope includes research and development, production and sales of acoustic devices, optoelectric computers, electronic accessories, and entire electronic products. Customers include well -known companies such as Samsung, Sony, Microsoft, Huawei and Xiaomi.

In addition, Goer was the second largest factory of Apple headphones AirPods. Goor's 2020 annual report shows that Apple's business accounts for 50%of the proportion of revenue. However, in 2022, Apple announced that it "cut" the AirPods headset, and the annual output decreased by more than 10 million groups. In this move, Goer's shares were seriously injured.

In March 2022, the Goor announcement showed that the net profit was expected to achieve a net profit of 870 million to 970 million yuan in the first quarter, a year-on-year decrease of 0%-10%.

It is worth mentioning that Goor's shares have split its subsidiary Goori to go public. Independent issues have been questioned by the Shenzhen Stock Exchange and accused of "drilling supervision vulnerabilities" and "repeated listing".