More than 200W fast charge! Exposure of the IQOO 10 series should be on the self -developed small chip

According to previous news, a large number of Snapdragon 8+ flagship mobile phones will appear in July, and this will also include the IQOO 10 series.

This afternoon, the blogger@今天 今天 今天 今天 will reveal the latest news of the IQOO 10 series,It is said that the machine will not only be equipped with a 50 -megapixel underground main camera, but also equipped with VIVO's self -developed V1 ISP chip. 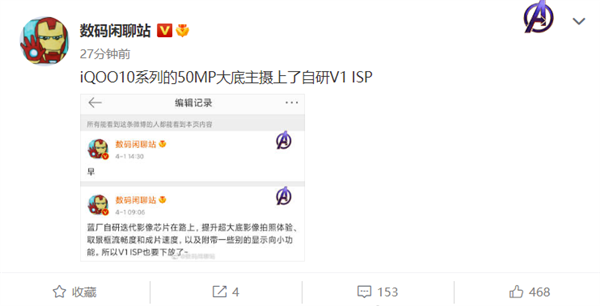 It is reported that the V1 chip was launched on the vivo X70 Pro, which can provide NR intelligent noise reduction, MEMC smart frame insertion, and the power consumption of related algorithms.Compared with the theoretical improvement of 100 times the energy efficiency ratio of the CPU in the face of complex computing. When shooting night scenes and videos, the operational efficiency is improved.

For example, when shooting at night, it can show the effect of real -time black night vision, that is, you can see the effect close to the brightness of the film on the interface of the camera preview, which breaks the industry record. 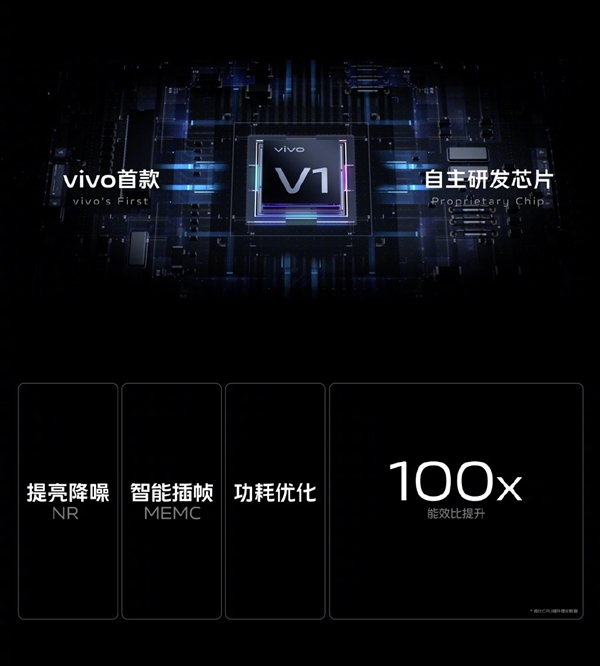 In addition to ISP, the IQOO 10 series has also been exposed before it may start the 200W level fast charging, which will refresh the fast charging record of the mobile phone industry.

At the same time, it is reported that the IQOO 10 series will also be randomly accompanied by 200W charging heads, and the cable protocol 20V/10A will be up to 200W.

In other aspects, there are news that the IQOO 10 series will use a 2K+120Hz LTPO high -brushing flexible screen. Overall, it is full of all aspects, which is worth looking forward to. 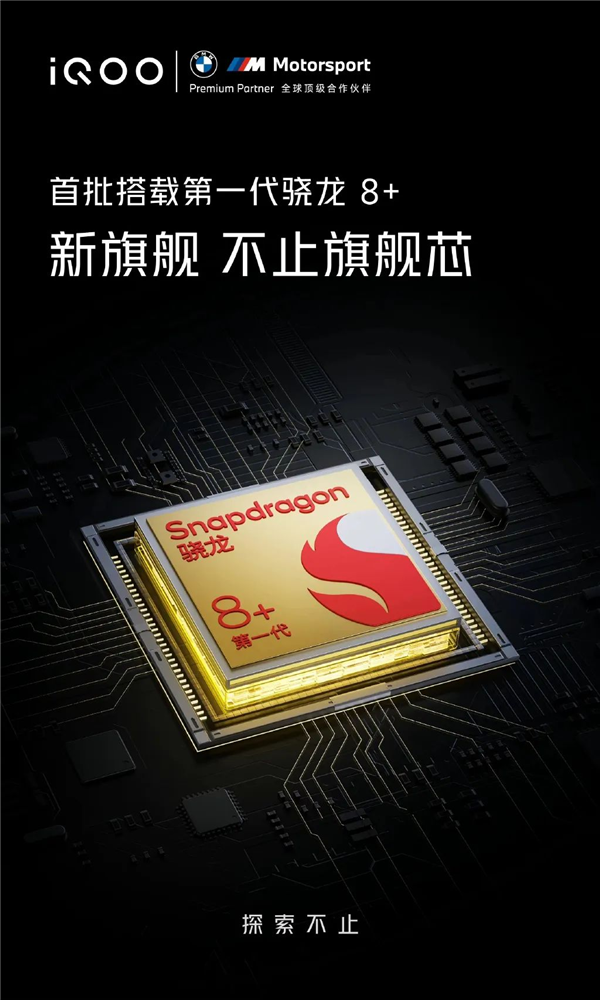 Related news
Iqoo mobile phone grows in only one year
The iQOO5G has evolved at full speed to create a 5G flagship mobile phone
iQOO cell phone is going to work again next week: Cellon 865 Plus 80W fast charging iQOO Pro3 is coming?
Iqoo 5 evaluation: This is the most balanced mobile phone since iqoo was born
200 yuan cheaper than Xiaomi 11, is the 120W fast charging flagship iqoo 7 worth buying? One picture to understand
2000 price point popularized 80w fast charging, iQOO Neo6 SE released | Titanium News
More than 200W fast charge! Exposure of the IQOO 10 series should be on the self -developed small chip
Hot news this week
Young people can't change their mobile phones one brother pressure in the channel inventory up to 50 million
Chinese mysterious female rich 560 million buy European luxury homes: the full amount of cash is paid at a time
Criminal gang candid courier list takes the money 8 people to be arrested
Do you make feed after Yi Lord? Zhenghong Technology M & A has mystery
The 560m Chinese woman who bought luxury homes has also been involved in JD.com's investments in Tuniu, Vipshop and Fafa Qi
The goose factory is finally making a move on the metasverse?
With this charging treasure that can legal "stealing electricity", I don’t worry about the mobile phone out of power
Son's bet that ARM's listing will boost SoftBank's stock price?
Huawei Hongmeng has become! Many mobile phone manufacturers will follow up with Hongmeng OS technology
China's first "smart factory" for offshore oil and gas equipment manufacturing has been put into operation
The most popular news this week
AMD's new generation mobile processor broke the news: 16 -core CPU RTX 3060 level core display
China's first "smart factory" for offshore oil and gas equipment manufacturing goes into operation
More than 2.3 billion wealth management products exploded, and the big game factory suspected to step on the Thunder Wutu Mine Trust
From Toshiba to Sony Japan Semiconductor Corporation, generally facing serious talents in talent shortage
Because of these "two sins", Baoding Bank was fined 750,000! Just fined 800,000 three months ago
Byte buying gear for the metasverse again?
Xiaomi 12T core parameter exposure: Snapdragon 8+, 120Hz AMOLED screen
Large -scale number robbing learning is related to it! Tencent has responded
Produced by Tencent! "Peerless Double Pride" is fixed for the first animation of the ancient dragon work
The fourth major operator appears! China Radio and Television 5G network service startup