Do you make feed after Yi Lord? Zhenghong Technology M & A has mystery 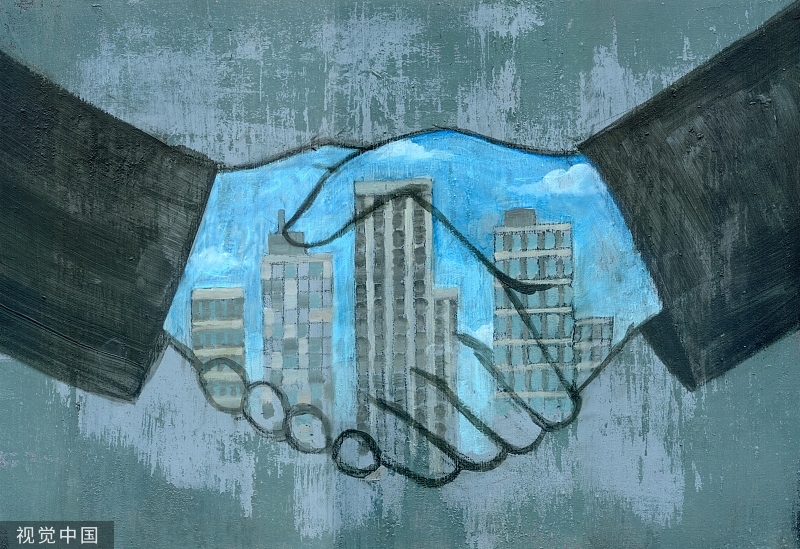 The background and strength of the New East family

As for the purpose of the acquisition, the report said in this way: "The purpose of this transaction is to use the collaborative effects of the acquirer and listed companies in the field of feed production and raw material import and export. It means that this acquisition is to use the resources of both parties to grow and strengthen the feed field.

The feed is already the Red Sea field. Zhenghong Technology has only more than 300,000 tons in 2021, and more than 40 companies with a size of one million tons across the country. What is the new family's foundation?

The acquisition report shows that the controlling shareholder and actual controller of the acquisition of Guansheng Investment are the Management Committee of Yueyang City Lingji Comprehensive Free Trade Zone. It is mainly responsible for the construction and operation of the factory and roads of Yueyang City Lingji Comprehensive Bonded Zone, build a service platform for enterprises entering the area, resolve financing, policy replication and innovation, and logistics bottleneck restrictions. Obviously, it does not do the "gene" of feed.

According to its financial situation, there is no such strength. As of September 30, 2121, Guansheng's investment in net assets was only 5 billion yuan, but the asset -liability ratio reached 61.70%. In the case of nearly 9.3 billion in income, the net profit of returning home was only 100 million. 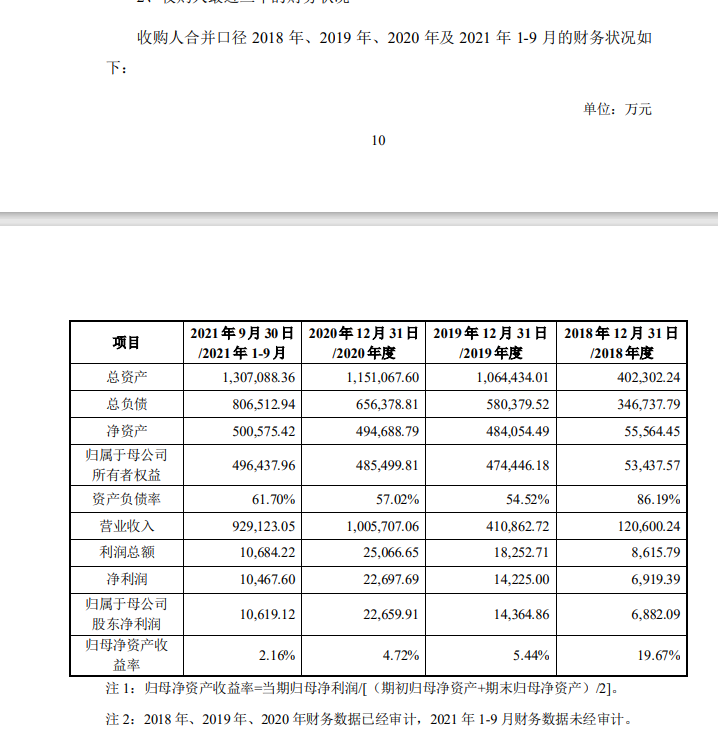 I have to mention here that Guansheng Agriculture, which was established on June 8 this year, is also one of the acquirers. The equity structure shows that Guansheng Investment holds 80%of the shares, and Juntai Holdings Co., Ltd. holds 20%. In the enterprise Chacha, the actual control of Juntai Holdings's equity penetration was Weng Xianglan, a natural person. Many companies under Juntai Holdings are related to agriculture and animal husbandry and biotechnology. However, the registered funds of these companies are not large, and they are only 100 million yuan. In the breeding industry, their strength is quite average. So, what is the main direction of Zhenghong Technology in the future? There is only time to give the answer, but the probability is not feed or not just feed. 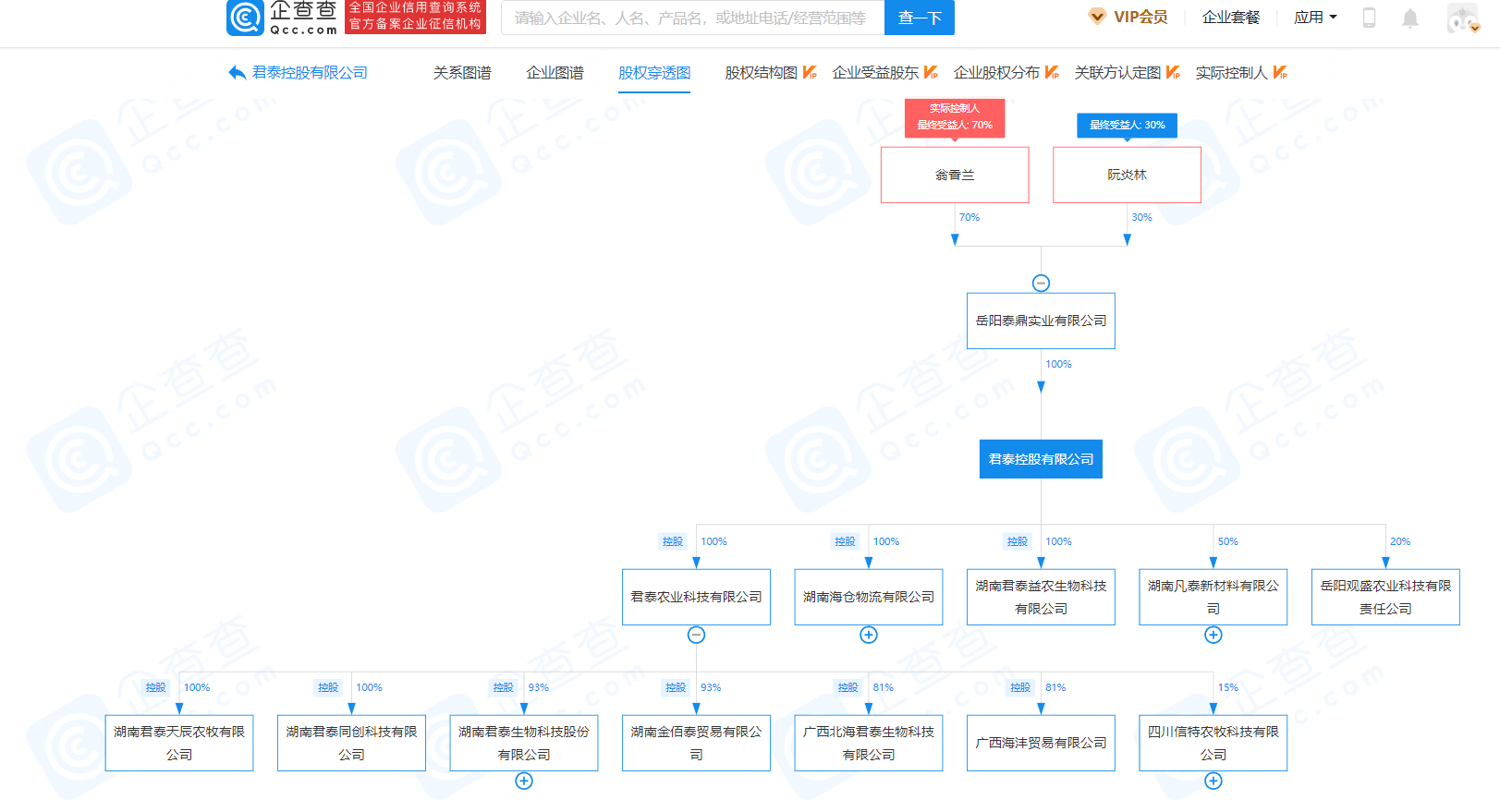 Zhenghong Technology, which is constantly deteriorating in fundamentals

Its asset disposal income and government subsidies in 2017 were 61.65%. In 2018, Zhenghong Technology received 82.3%of net profit by government collection and storage. In 2020, while Zhenghong Technology sold its subsidiary equity, it also obtained compensation due to the land collection and storage project of the subsidiary, achieving a net profit increase of 258.07%in 2020. In 2021, Zhenghong Technology sold and liquidated to cancel the equity of a subsidiary and sell the land use right of a subsidiary. At the same time, it is planned to be listed to transfer 14 houses in Changsha, 3 underground parking spaces, and two sets of office use in Shanghai Pudong.

As an old -fashioned feed manufacturer, why is Zhenghong Technology's main business be tolerated? The answer is in production. Related data show that in 2021, the feed output of industry giants such as New Hope, Haida Group, Zhengda Group and other industries has already exceeded 10 million. During the same period, the production and sales of Zhenghong technology feed were only about 362,000 tons. Large -scale enterprises have continued to expand through mergers and reorganizations. At the same time, the development of Zhenghong technology feed business has stalled, and its output is not even as good as 20 years ago.

The unscrupulous Xindong family encountered the target of the fundamental deterioration. How does Zhenghong Technology return to heaven? (Author ｜ Liu Zhongning)