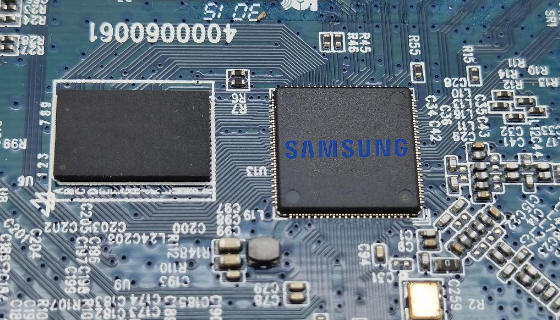 According to the Korea Economic News, Samsung Electronics vice Chairman Lee Jae-yong returned to South Korea from a trip to Europe, Samsung subsidiary presidents held an emergency meeting on June 20. Based on the results of the discussions, each subsidiary will review its mid - to long-term technology development blueprint and draw up detailed implementation plans.

Earlier, Samsung vice Chairman Lee Jae-yong was on a two-week tour of Europe and said he "felt great changes in the automotive industry" during a visit to German carmaker BMW. BMW is the second-largest customer for Samsung's battery unit, SDI.

Lee also visited ASML, a Semiconductor equipment manufacturer based in the Netherlands, and agreed on a supply and demand plan for THE EUV lithography machine.

It is worth noting that on June 21, according to south Korean media quoting sources,Samsung's smartphone dealers have nearly 50m smartphones in stock, hit by weaker-than-expected demand.

Clearly, Samsung has come to a crossroads. On the one hand, Samsung is under pressure from global risks, including inflation, unstable supply chains and falling demand for its products. On the other hand, the development of electric vehicle batteries and other industries enables it to continue to look for new growth poles in the automotive industry chain.

Samsung is expected to ship 270 million smartphones this year, but the 50 million units in its dealers' inventory accounts for 18 percent, already exceeding the 10 percent threshold.

Samsung's monthly smartphone production fell to 10 million units in May from 20 million units in January and February, according to public data. In addition,Samsung's component orders from its suppliers fell 30-70% in the two months from April to May as demand fell.

Samsung Electronics, the world's top memory chip supplier, is under pressure to a large extent.

On the one hand, it is due to the scale challenges of DRAM chips and NAND flash chips. On the other hand, the improvement of the chip shortage has led the consumer electronics industry to cut orders at the end of the supply chain, reducing demand for memory chips.

This is reflected in Samsung Electronics' share price, which has fallen nearly 25% in about six months from January to June, wiping 131 trillion won off its market value.

Samsung must find new poles of growth. On May 24th Samsung was reported to have announced a group-wide plan to invest 45 billion won ($360 billion) over the next five years in various areas, including semiconductors. Although Mr Lee would not confirm the exact amount of the investment, he said it would be a "life-or-death" decision.

There are signs that Samsung is no longer content to be a battery supplier to the electric car industry and is interested in extending its semiconductor manufacturing capabilities into the automotive industry chain.

There is fierce competition for car chip

Samsung is not the only major player eyeing the automotive chip industry. It will start with semiconductor giant TSMC, which accounts for more than 70% of the non-memory chip market.

The gauge chip used in the past does not need to be very high precision, the general product is 65nm, 28nm grade. However, with the advent of the era of automotive intelligence, the requirements of car chip requirements to break through 7nm, 5nm.

In this way,The competition between Samsung and TSMC in advanced process chips will also extend from smartphones to smart cars.

Intel has partnered with ASML to even take precedence over TSMC's high-NA EUV lithography machines, and plans to use them for production by 2025.

On the overall solution level, Qualcomm Technologies has also launched the Snapdragon digital chassis based on its Own Snapdragon platform, which can not only meet L2+/L3 level driving assistance and autonomous driving (AD) requirements in all aspects, but also help automobile manufacturers solve the requirements related to wireless connectivity such as 5G vehicle networking.

Facing fierce competition from around the world, Samsung chose to develop technology in the first place. After returning to South Korea, Lee jae-yong said to the media, "Technology is not only the first, but also the second, but also the third, in order to survive. We need to attract talented people and create a flexible corporate culture."

The European trip, which secured additional EUV machines from ASML, is also crucial for Samsung as it tries to catch up with TSMC in the contract wafer manufacturing business and memory chip manufacturing.