Station B is breathtakingly stupid 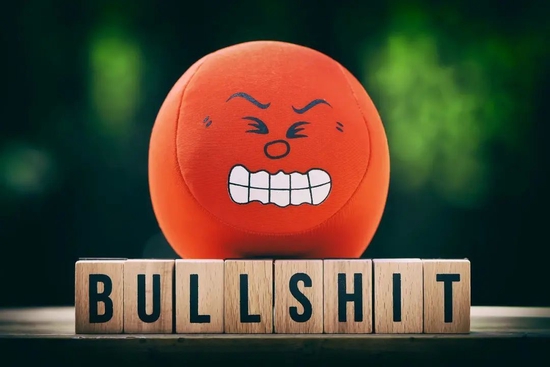 By Pei Pei, head of the gang

The site's newly launched "paid content" feature has once again been roundly cursed by users, leading to a rather rare return to multiple social media searches. In my opinion, this is a breathtakingly stupid choice. This model is completely untenable on a business, moral and legal level. The reason is simple:

On the commercial side, no video platform in the world has so far been able to successfully implement single payment on PUGC -- YouTube can't do it, TikTok can't do it, IOtan can't do it. Please note that the "paid content" of Station B is not for OGC (professional content) such as drama, film and documentary, but for the self-made content published by UP. You'd have to be crazy, or crazy, to think that users would pay for this kind of content alone. Maybe the management of Site B thinks their platform is better than the likes of YouTube, but most people, including me, probably don't think so.

On the moral level, "single content payment" and "large membership subscription" are clearly contradictory. As a side note, as a long-time user of Station B, I had a prime member until 2024, so I can imagine that tens of millions of prime members felt just as fooled as I did -- why pay extra when they already pay an annual fee? Iyouteng's "advance on demand" has been criticized, B station is better, directly to a "subscription system and single payment coexist". I've never seen such a shameless setup, and I'm sure neither have you.

On a legal level, we all know that many PUGCs on Site B are at legal risk: popular content is either copied from YouTube or quotes from popular movies and TV shows, and is largely unpaid. If these PUGCs are free, they are at least legally defensible; If they do, that's a different issue. Iutan has been dissatisfied with B station's cutting of copyrighted film and television content. If B station even wants to charge for such cutting content, it will definitely lead to extreme legal passivity. It was too beautiful to look at.

If the management of STATION B has studied its competitors a little, it will note that: at the beginning of 2020, wechat public account also launched the "paid text and text" function, and did produce a number of articles running over a million in the early stage; Unfortunately, in just a few months, this feature has become irrelevant. According to my understanding, at present only a few public accounts will take paid text and text as an important source of income. Users hate paid text far more than they hate advertising or shipping. Will the PUGC video of station B be an exception? With what?

Despite the clear dissatisfaction expressed by a large number of users, and despite the endless legal risks associated with it, Site B went ahead with the "paid content" feature. In my opinion, this means that the management of B station has despaired of the two commercial models of games and advertising. Those who are familiar with the game industry should know that the game development of STATION B has completely failed, and the game publishing ability is deteriorating, so it can only exist as a secondary game transportation platform in the future. As for the advertising business, the advertising revenue of station B in the first quarter of this year was even lower than that of the third quarter of last year, and basically the same as that of the second quarter of last year. During this 618 period, the brand placement received by station B did not increase. At present, station B is like a terminal cancer patient, desperate for help, clearly aware that the quack's prescription is unreliable, but still have to eat.

It's called "What's the point of being nice?" -- Site B had a great window to grow its game business, but missed it in order to cater to the "de-gamification" of the capital market; The advertising business of B station is not without hope, but in order to cater to the demands of user growth in the capital market, its community atmosphere continues to deteriorate, and its appeal to advertisers is increasingly reduced. Frankly, I don't believe that a platform full of "ZBJ, GLD" bullets can do a good job of advertising. After all, advertisers are not masochists, and no one wants to be seen as ZBJ, GLD in an environment full of PXJ.

The paid content feature of Site B is doomed to fail. The capital market took notice, and B's share price fell. I don't see how station B can turn things around, because it's tried everything and it doesn't work. Unless the economy has a strong V-shaped recovery, the commercialization of Station B is a dead end. Years later, when Uncle Chen Rui is trying to clean up a field of chicken feathers, he will think of 2018, the summer when he made the wrong decision to "go out of the ring". At that moment, the writing was on the wall. He lost.

(Disclaimer: The views expressed in this article are those of the author and do not reflect the views of Sina.com.)

Related news
Getting online is getting easier: Google announces the closure of the free Wi Fi project station
Station B jumps out of copyright competition game
The first of the National Bank of China! Station B launched the Sony PS5 host
Revisit the mobile game industry! Station B is wholly owned by the magic explosion network
Station B is breathtakingly stupid
Hot news this week
Young people can't change their mobile phones one brother pressure in the channel inventory up to 50 million
Chinese mysterious female rich 560 million buy European luxury homes: the full amount of cash is paid at a time
Criminal gang candid courier list takes the money 8 people to be arrested
Do you make feed after Yi Lord? Zhenghong Technology M & A has mystery
Internal personnel have caused players to contradict? Netease "Yin Yang Shi": Impossible!
The first pop -up shop in the United States opened, Bubble Mart opened the North American expansion plan
The goose factory is finally making a move on the metasverse?
Big news! The police report henan village banks can not withdraw cash case, has captured a number of suspects
With this charging treasure that can legal "stealing electricity", I don’t worry about the mobile phone out of power
Tesla has lost nearly $600 million after the richest Chinese lost 89% of his net worth in the bitcoin crash
The most popular news this week
The iOS 16 upgrade is no longer supported on the iPhone 6s
Apple M2 version of MacBook AIR July Sale: Magsafe Return
Activision Blizzard CEO Bobby Kotick kept his seat on the board
Apple's best-selling product is getting an update! New AirPods Pro Exposure: Heart rate monitoring, USB-C support
Huawei's new generation of "small table" Watch Fit 2 on the shelves: Support Bluetooth call
Provide abortion travel benefits! Giant companies "resist" US Supreme Court
The Google Pixel 7 Pro will have a Samsung display: brighter than the Pixel 6 Pro
Nokia Style+5G new machine Pass FCC certification: 5000mAh battery+20W fast charge
Behind the collapse of the Mijia app, the lack of PLANB of smart homes
It is said that the Fuji XT5 camera will use 40 million pixel CMOS