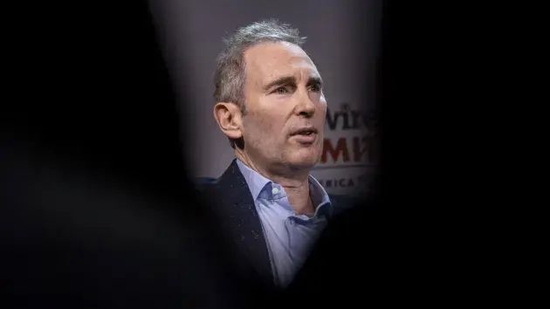 Sina Technology news Beijing time on June 23 morning news, it is reported that on Tuesday evening, local time, Amazon CEO Andy Jassy sent out an internal email, the company has lost two black executives, in charge of the warehouse business and logistics business.

Mr Jassy thanked the two executives, saying they had left behind "very important contributions" to Amazon and that he was "very sad" to see them go. 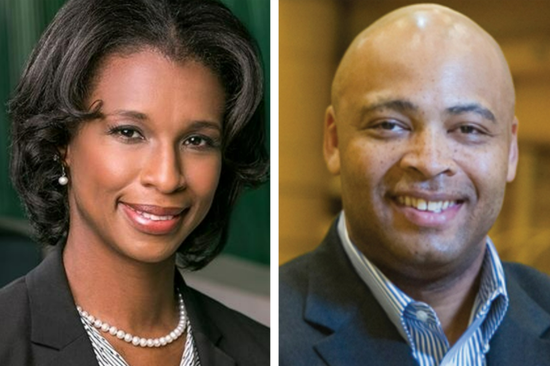 In the past two years, Amazon has made strides in recruiting, hiring more African-American senior executives at the eighth and tenth (internal) levels, Mr. Jassy said in the email.

And earlier this month, Amazon announced that Dave Clark, head of its global consumer business, would leave the company on July 1. On Tuesday, Amazon announced that Doug Herrington, an executive, would take over Mr. Kollack's consumer business to lead "Amazon's Global Store business." It is understood that the departure of the black executive Davis, was also a candidate to replace Mr Kollak.

Ms Davies and Mr Postman are two of the few black executives at Amazon. Davis is also the only African-American member of amazon's "S Team," its top decision-making level.

Amazon has made progress in increasing the diversity of its senior management over the past few years, but as of the end of last year, only 5.5 percent of all senior management were Black, according to data released by the company.

"We have a lot of work to do," Mr Jassy said in the email.

You may have seen the company's senior personnel announcement today, but it should also be noted that Two senior executives, David and Bozeman, have decided to leave Amazon. Both of them have made significant contributions to the company and I am very sad to see them go.

Davis joined Amazon at a time when the company was going through a crazy growth period, having just launched its Prime membership for next-day delivery, and in the past two years, the company has faced even bigger challenges due to the CORONAVIRUS pandemic.

Without Davis' relentless leadership, we would not have been able to nearly double our order-delivery network (warehouse network) over the past two years. Davis has brought a lot to the company over the past three years and has been an important member of the COMPANY's S team. I am very grateful for her contribution and work.

Similarly, Postman has been with Amazon for more than five years and has built our Middle Mile logistics network, which is an important part of Amazon's logistics business.

Without Postman's leadership and guidance, Amazon would not have the logistics network it has today.

I have great respect for Both Davis and Bozeman. We will miss both of them, and I know they will be lucky to work for the next company.

It's challenging to balance other changes that often result from some changes at the company, but I and other MEMBERS of the S team will continue to recruit African-American senior executives, as well as executives from other ethnic groups that are currently underrepresented.

At Amazon, we have a lot of key leadership positions, and we're doing everything we can to be more diverse and inclusive. We still have a lot of work to do. On the one hand, we will be cautious, but on the other hand, we will make the right decisions for the benefit of consumers and companies.

Please share the contents of this letter with the rest of the team.

Related news
Chuan Amazon plans to introduce Amazon Go's unattended cash register technology into airports and cinemas
Amazon AWS CEO comments on Alibaba cloud: it's catching up, but the market is broad enough
Ali cloud push amazon to improve market competition? AWS CEO Andy Jasi on Quantum Computing and AI.
Ariyun forced Amazon to improve Market Competition? AWS CEO Andy Jassi talks about Quantum Computing
Amazon's new CEO made $1.3 billion in first-year basic salary of just $1.1 million
Amazon's new CEO will earn $212 million in 2021 with a base salary of $175,000
The CEO of retail giant Amazon's global consumer business has resigned
Amazon CEO Jassy sent an internal letter acknowledging the loss of his two highest-ranking black executives
Hot news this week
Young people can't change their mobile phones one brother pressure in the channel inventory up to 50 million
Chinese mysterious female rich 560 million buy European luxury homes: the full amount of cash is paid at a time
Criminal gang candid courier list takes the money 8 people to be arrested
Do you make feed after Yi Lord? Zhenghong Technology M & A has mystery
Internal personnel have caused players to contradict? Netease "Yin Yang Shi": Impossible!
The first pop -up shop in the United States opened, Bubble Mart opened the North American expansion plan
The goose factory is finally making a move on the metasverse?
Big news! The police report henan village banks can not withdraw cash case, has captured a number of suspects
With this charging treasure that can legal "stealing electricity", I don’t worry about the mobile phone out of power
Tesla has lost nearly $600 million after the richest Chinese lost 89% of his net worth in the bitcoin crash
The most popular news this week
The iOS 16 upgrade is no longer supported on the iPhone 6s
Apple M2 version of MacBook AIR July Sale: Magsafe Return
Activision Blizzard CEO Bobby Kotick kept his seat on the board
Apple's best-selling product is getting an update! New AirPods Pro Exposure: Heart rate monitoring, USB-C support
Huawei's new generation of "small table" Watch Fit 2 on the shelves: Support Bluetooth call
Provide abortion travel benefits! Giant companies "resist" US Supreme Court
The Google Pixel 7 Pro will have a Samsung display: brighter than the Pixel 6 Pro
Nokia Style+5G new machine Pass FCC certification: 5000mAh battery+20W fast charge
Behind the collapse of the Mijia app, the lack of PLANB of smart homes
It is said that the Fuji XT5 camera will use 40 million pixel CMOS