The humanized presentation of Amazon's AI voice digital assistant Alexa, which can imitate any voice, caused a sensation on the Internet on Wednesday,Concerns have been raised about the possibility of voice forgery, such as using legitimate recordings to mimic people saying things they don't actually say, to carry out kidnapping scams or to fake audio during major corporate decisions.

On Wednesday, Amazon senior Vice President Rohit & Middot; Rohit Prasad, the company's chief executive, revealed that his company is working on a system that will enable Alexa, its AI-spoken digital assistant, to imitate any sound after hearing less than a minute of audio. 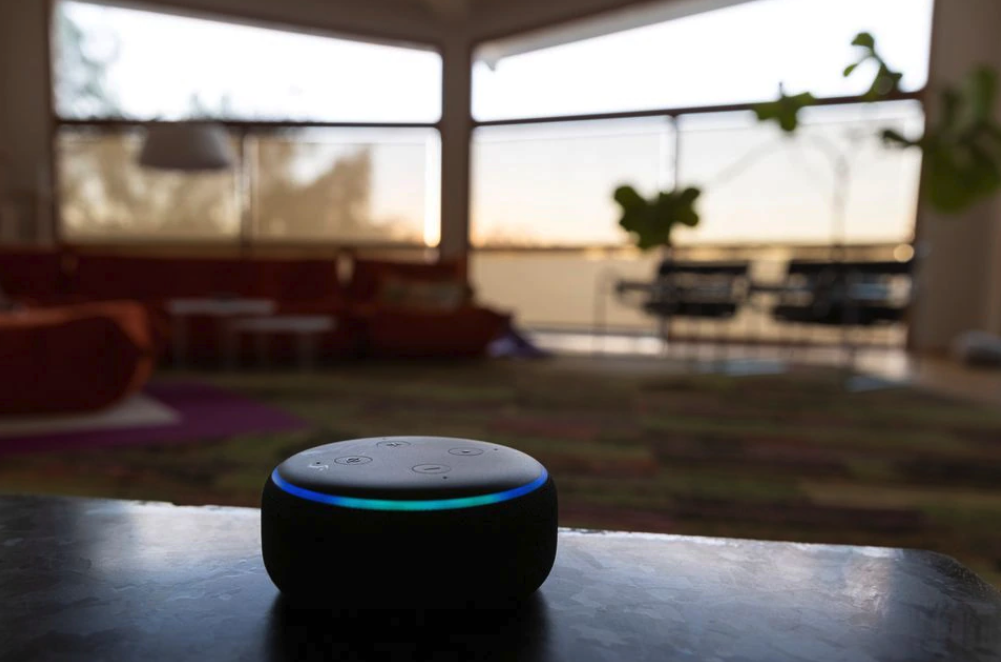 When the technology was announced, people simply thought about the benefits, and Alexa's chief scientist Rohit Prasad put the digital assistant on display at the company's presentation on Wednesday,Shows Alexa posing as a grandmother reading excerpts from The Wizard of Oz.He said that human traits like empathy and emotion are key to building trust with people, and that "during this time of the pandemic, when we lose someone we love, these attributes become even more important,""While AI can't erase the pain of that loss, it can definitely keep their memories alive."The demonstration gave the impression of the technology as a digital resurrection tool for the dead.

But Prasad, speaking at an Amazon technology conference in Las Vegas later,The main purpose of the service is not to simulate the voice of the deceased.

As the demonstration fanned the Internet, it caused a stir, with some raising concerns about whether legitimate recordings could be used to mimic people saying things they don't actually say. Siwei Lyu, a professor of computer science and engineering at the University at Buffalo whose research involves deep forgery and digital media forensics, said he was concerned about the development. "The speechconversion technology developed by Amazon certainly has benefits, but we should be aware of the potential misuse,For example, kidnappers can lure unsuspecting victims by posing as family members or friends on the phone, or senior executives can falsify recordings when making comments about a company's financial situation, which could cause problems for the stock market."

While Amazon hasn't said when Alexa's new feature will be available, similar technology could make such pranks a lot easier. Mr. Prasad said Mr. Amazon had learned to simulate sounds based on less than a minute of human speech, something that previously required a studio.

Amazon's voice assistant will be able to imitate anyone's voice

Related news
Chuan Amazon plans to introduce Amazon Go's unattended cash register technology into airports and cinemas
Hot news this week
Young people can't change their mobile phones one brother pressure in the channel inventory up to 50 million
Chinese mysterious female rich 560 million buy European luxury homes: the full amount of cash is paid at a time
Criminal gang candid courier list takes the money 8 people to be arrested
Do you make feed after Yi Lord? Zhenghong Technology M & A has mystery
Internal personnel have caused players to contradict? Netease "Yin Yang Shi": Impossible!
The first pop -up shop in the United States opened, Bubble Mart opened the North American expansion plan
The goose factory is finally making a move on the metasverse?
Big news! The police report henan village banks can not withdraw cash case, has captured a number of suspects
With this charging treasure that can legal "stealing electricity", I don’t worry about the mobile phone out of power
Tesla has lost nearly $600 million after the richest Chinese lost 89% of his net worth in the bitcoin crash
The most popular news this week
The iOS 16 upgrade is no longer supported on the iPhone 6s
Apple M2 version of MacBook AIR July Sale: Magsafe Return
Activision Blizzard CEO Bobby Kotick kept his seat on the board
Apple's best-selling product is getting an update! New AirPods Pro Exposure: Heart rate monitoring, USB-C support
Huawei's new generation of "small table" Watch Fit 2 on the shelves: Support Bluetooth call
Provide abortion travel benefits! Giant companies "resist" US Supreme Court
The Google Pixel 7 Pro will have a Samsung display: brighter than the Pixel 6 Pro
Nokia Style+5G new machine Pass FCC certification: 5000mAh battery+20W fast charge
Behind the collapse of the Mijia app, the lack of PLANB of smart homes
It is said that the Fuji XT5 camera will use 40 million pixel CMOS