Recently, the Canadian astronaut Chris Hadfield has become popular (once sang David Bowie's "Space Oddity" in the space station) said on its social media account that the Mars Express (Mars Express number) at the European Space Administration will usher in software updates. In order to better look for the groundwater of Mars and study and monitor Mars' satellite fire. Because this Mars detection satellite supporting software is designed more than 20 years ago, it is still based on the development environment of Microsoft Windows 98.

The Mars Express number of the European Air Bureau was launched through the Alliance Loe Rockets on June 2, 2003. It consists of two parts, namely the Mars Express Satellite and the Little Hunter No. 2 lander. The former is still running well, but the latter After arriving at the surface of Mars, he lost contact and the task failed. According to the European Air Bureau, the Mars Express satellite will accept a series of upgrades to improve the efficiency and quality of work by improving signal receiving and airborne data processing. 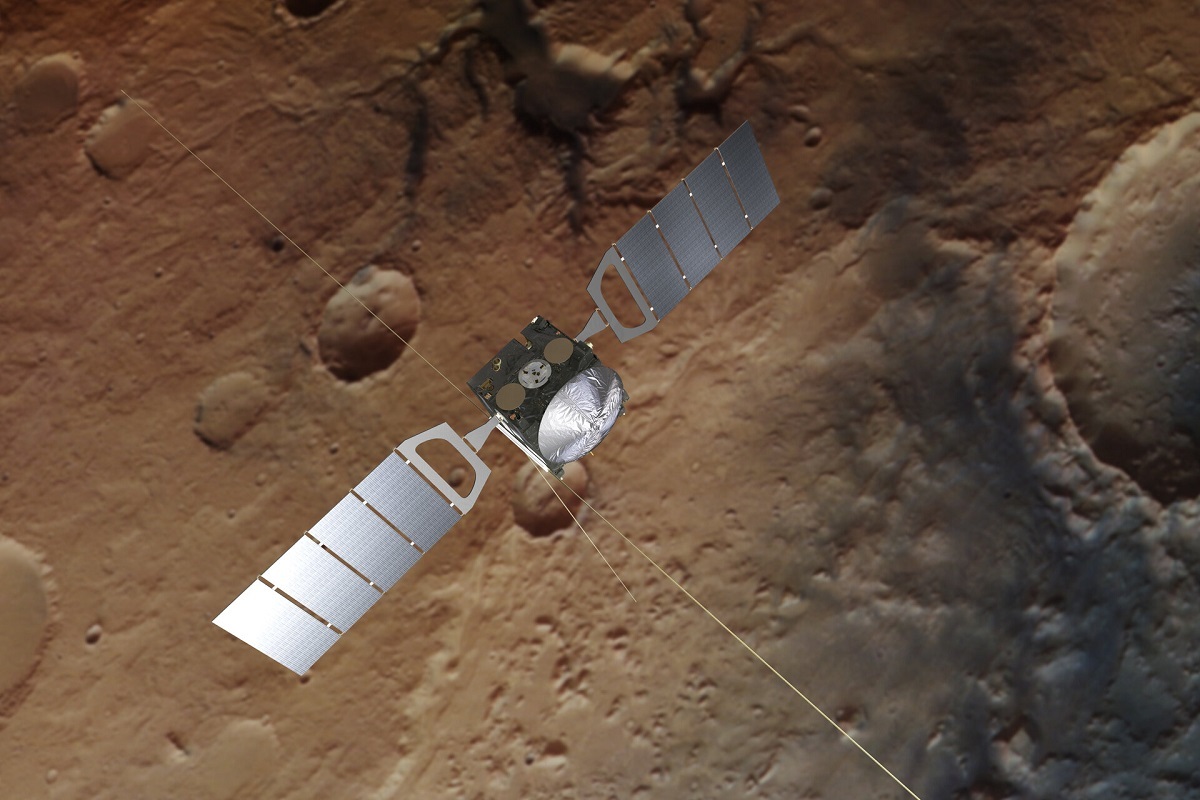 Related upgrade work will be responsible for the Italian Institute of Astronomy (Inaf). In order to make Marsis radio -wave instruments better operation, engineers participating in related work acknowledge that this is a difficult challenge. It is not clear which chip is Mars Express. The theory is at least 90 or above. The Mars Express number is not the first space detection instrument equipped with the X86 architecture CPU. The Hubble Space Telescope uses 80386, and later replaced 80486 in 1999 maintenance.

Of course, NASA's favorite CPU is the custom model PowerPC 750, which belongs to the same structure as Apple's IMAC G3's processor. It also uses this CPU ("NASA Perseverance detector is equipped with the same CPU as the IMAC G3: There are many topics to talk about this news"). This customized chip is specially radiated and called RAD750, which is responsible for custom production by BAE Systems.

Related news
What is the Mars 2020 Mars Rover? Go to the NASA assembly room and have a look.
NASA says Australia will help support its Artemis and Moon to Mars programs.
NASA completes separation of Mars 2020 landing platform
NASA Mars 2020 probe completes the first "stand up"
NASA's'Moon to Mars'project may face huge changes
Eukong Bureau Mars Exploration Satellite has obtained software updates based on the Win98 development environment after a lapse of 19 years
Hot news this week
China has found 35 known cases of the new zoonotic virus Langya
Monkey acne cases have ranked first in the world that the United States has announced the emergency state of public health
Credit card points rule intensive adjustment online transaction points more "valuable"
Losses in a single quarter of $ 23.4 billion a record, SoftBank did not carry the plunge of technology stocks and the devaluation of the yen
The prevention and control of the American Monkey epidemic has failed. What should I pay attention to?
Sources say Samsung's Galaxy Z Fold4 is going up in price: a 512GB top unit will cost more than 13,000
Is the micro -business headache? WeChat friends are suspected to have a big move: 7 can only be posted a week
Kuaishou launched a self-developed cloud intelligent video processing chip: The chip has been streamed successfully
The new product of Xiaomi MIX is coming: both internal and external dual -screen has been upgraded to make up for the previous generation.
A new zoonotic virus, Langya, found in China has not yet been confirmed to be transmitted from person to person
The most popular news this week
Mr. Lei: Mr. Bezos apologized to me for not taking good care of Joyo.com
Ever wanted to buy Tencent QQ, Alibaba asked for a stake? Lei jun rumours
Lei Jun's first business thinking book "Xiaomi Entrepreneurship Thinking" was introduced to the latest and most complete Xiaomi methodology summary
Apple's iPhone is no longer a symbol of wealth in China: for reasons to be proud
Xiaomi Motor Autonomous Driving First Show: Automatic Charging of Autonomous Driving in the whole scene
Musk's eyes! Lei Jun released a full -size humanoid robot Xiaomi self -developed strength explosion table
The global streaming media have increased the animation circuit is becoming a new "breakthrough" for Youaiteng
Kuaishou TOB business Yu Bing: Self -developed chips or mass production after the end of the year, the video must be turned into light industry
Lei Jun: Once bid 10 million to buy NetEase was rejected by Ding Lei
Intel burns 23.2 billion won't make a decent graphics card