Smart West June 24 news, according to foreign media ZDNet, the National Aeronautics Aerospace Agency (NASA) and the US Department of Energy (DOE) announced on June 21, local time that it is jointly promoting space nuclear technology and has been for it for it. The planned Surface Power Project selected three design concept proposals.

1. At the end of this century, go to the moon to build a "nuclear power plant"

NASA and DOE are exploring space nuclear technology, because electrical energy is not easy to obtain in the moon or more distant space. When astronauts reach the moon and then go to Mars, they need a reliable and light power system. This power system should also run in different places and different environments and weather conditions. The nuclear fissure power generation system meets these standards. 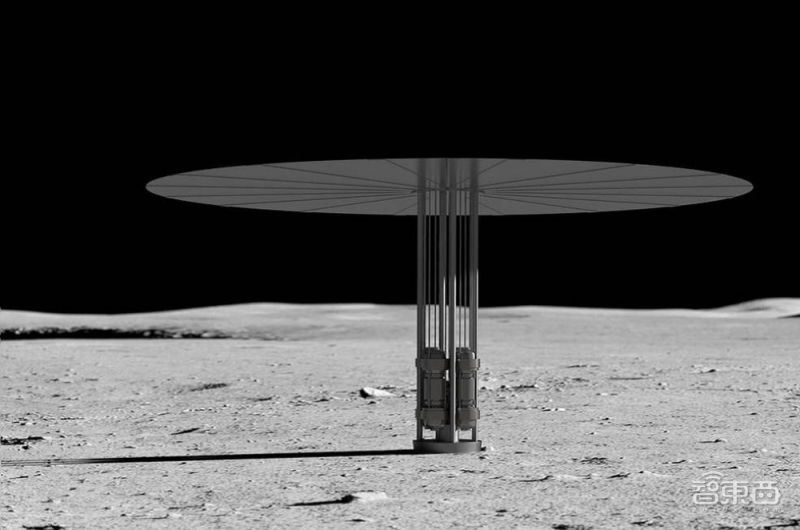 John Wagner, director of the National Laboratory of the US Department of Energy, said in a statement: "The energy project of nuclear cracks is the first step in the United States to establish a nuclear power plant on the moon."

DOE's Edhata National Laboratory is responsible for the project contract. The value of the 3 -part nuclear fissure meter energy project design concept is about 15 million US dollars (about 100 million yuan), which is used to support the development of preliminary design concepts of a 40 -kilowatt nuclear fission power system. The project requires the designed nuclear fission power system to work on the moon for at least 10 years.

The IX company cooperates with the aviation technology company Maxar and Boeing to promote the project.

A few years later, in 2021, NASA and DOE cooperated to publish a solicitation of opinion, asking American companies to provide the design concept of nuclear fission -faced energy system.

Judging from the information given by NASA, the United States has continued to promote nuclear energy in space exploration.

China, Russia and other aerospace powers have also begun to explore the application of nuclear energy in the field of aerospace. Like Russia's "Development Plan for the Face of the Face of the Face" submitted in 2016, it refers to the engine prototype of nuclear power and supports spacecraft for deep space exploration. In the mission, the deputy director of the Chinese National Atomic Energy Institution clearly stated in an interview that my country ’s deep space detection in the future will use nuclear energy.

Related news
NASA: Moon landing in 2024, we are serious
NASA and 11 companies develop moon landing system
NASA will assist Bezos Musk to develop space technology
Build a lunar lander! NASA awarded musk Bezos a large order
SpaceX's first, NASA's last
Build a nuclear power plant on the moon? NASA selected three American companies to develop and develop
Hot news this week
China has found 35 known cases of the new zoonotic virus Langya
Losses in a single quarter of $ 23.4 billion a record, SoftBank did not carry the plunge of technology stocks and the devaluation of the yen
The prevention and control of the American Monkey epidemic has failed. What should I pay attention to?
Is the micro -business headache? WeChat friends are suspected to have a big move: 7 can only be posted a week
Kuaishou launched a self-developed cloud intelligent video processing chip: The chip has been streamed successfully
The new product of Xiaomi MIX is coming: both internal and external dual -screen has been upgraded to make up for the previous generation.
A new zoonotic virus, Langya, found in China has not yet been confirmed to be transmitted from person to person
Ministry of Public Security: Single telecommunications network fraud continues to cause 40 % of all electrical fraud cases
Special price "kill ripe"? Bike-sharing platforms have different prices for the same package for different users
A tech company in Shanghai has been fined 220,000 yuan for swiping orders to improve its ranking on Yelp
The most popular news this week
Xiaomi's 500 -day industry insider: There is no surprise of autonomous driving technology
Your mobile phone is more and more "understand" you? This is not necessarily a good thing
Economic Daily: Putting less traffic and fake crooked ideas
Hubble discovered "Celestial Cloud Scenery": like a beautiful abstract watercolor painting
US media: YouTube plans to launch a streaming media video service subscription platform.
Microsoft calls Sony's game "exclusive" hindering the development of XGP, and the subscription system has not yet brought color to the two businesses
Domestic 1.5K screen+Snapdragon 888 4G Huawei Mate 50 Standard Edition Stealing
Huawei gave high -end mobile phones to Apple's delivery in 2022 about 30 million units
Intel is ok! AMD CPU discovered a new security vulnerability: Ryzen family was stabbed
Samsung high -level: By 2025 Samsung's high -end mobile phones are half a folding screen phone