From the perspective of the Federal Communications Commission (FCC) database, this model will be equipped with a rear three-camera design with a model TA-1448. This is the same as the model that appeared in the WIFI Alliance and the CQC certification before.

IT House has reported that the WiFi Alliance database has confirmed that the product name is "Style+". Now, according to the FCC website, the upcoming Nokia smartphone will be equipped with a 4,900mAh battery unit. 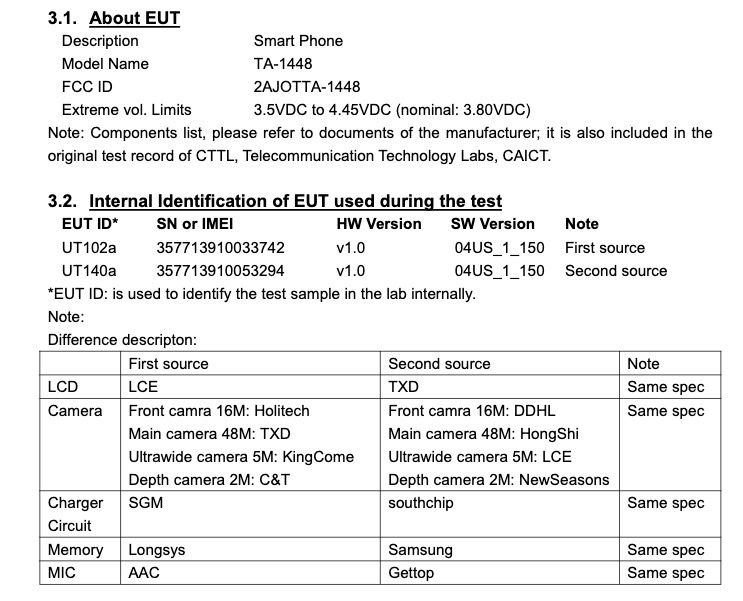 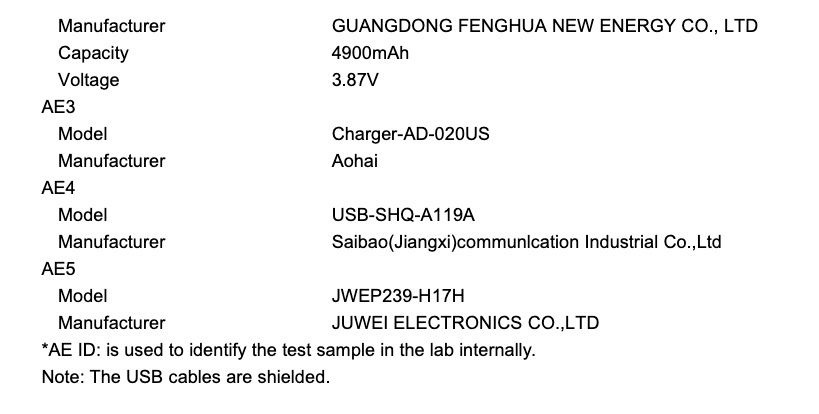 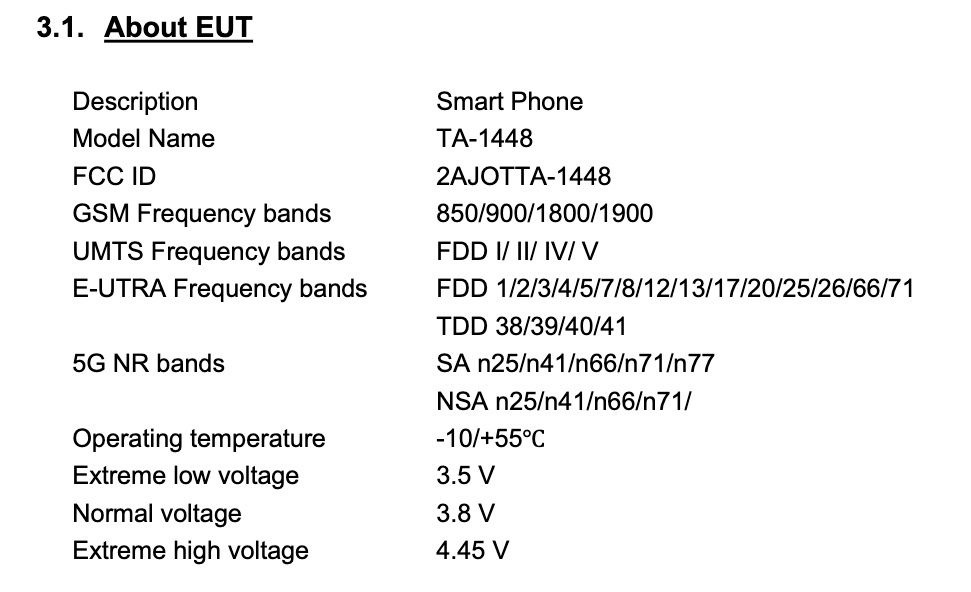 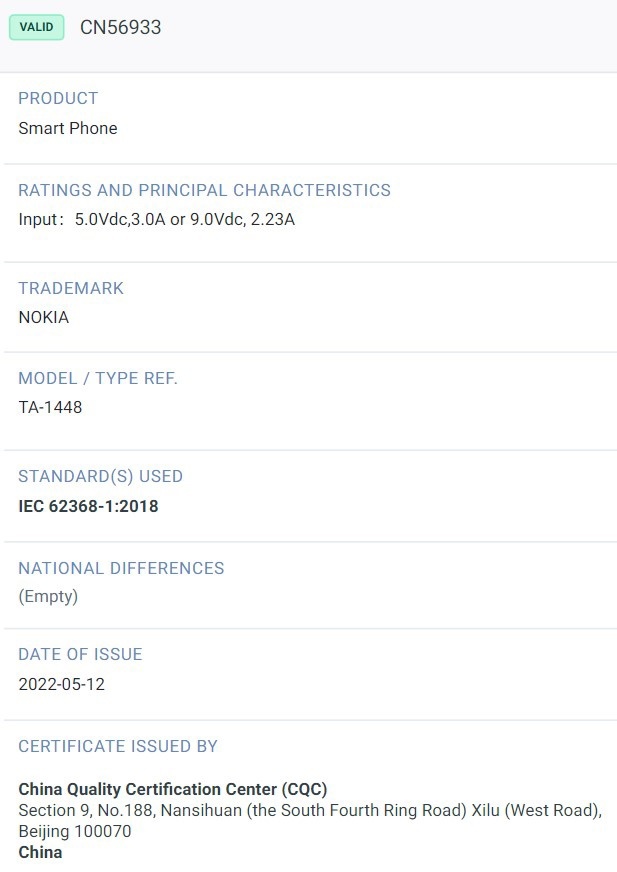 In addition, according to the FCC list, this phone will be equipped with a charger model with AD-020us. Combined with the previous certification information, it will support 20W fast charging. It is worth mentioning that this model will also be a 5G device that supports multiple 5G NR bands.

In other aspects, the FCC database also shows that this phone is equipped with an LCD screen. The three rear cameras include a 48MP main camera, a 5MP ultra -wide -angle and a 2MP depth of field lens. The front 16MP lens is 76.4 mm width and 166.1 mm high. 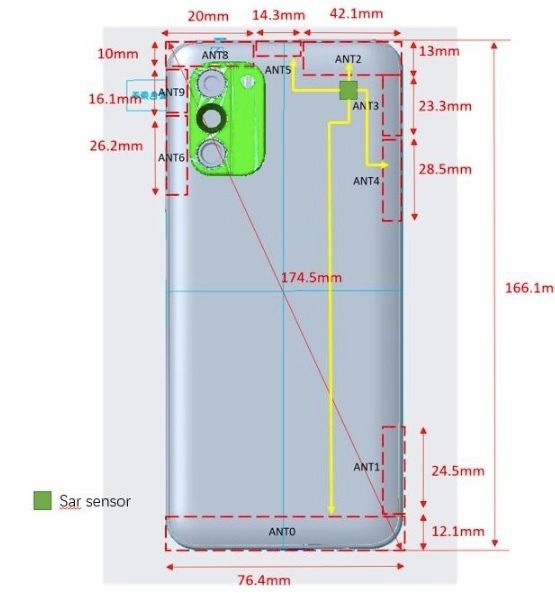 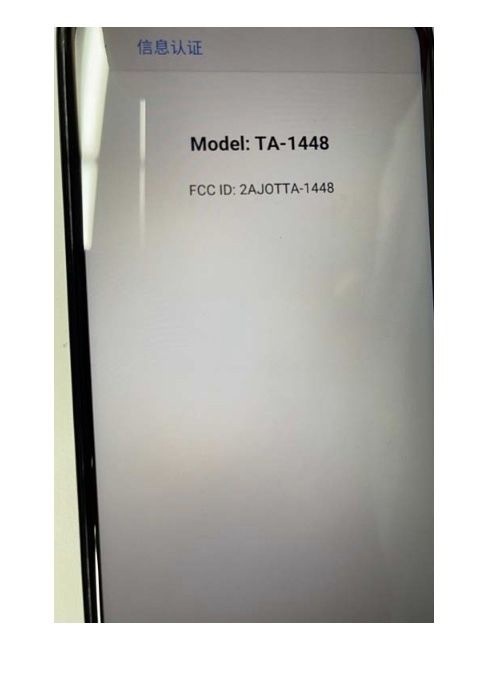 Related news
Huawei 12000mAh 40W super fast charging mobile power CP12S dismantling
Samsung Galaxy S10 Lite is FCC certified: Snapdragon 855 4500mAh
5000mAh large battery and 65W super fast charging! These phones help you get rid of charging anxiety
Full of 4500mAh in 23 minutes! Does the 120W second charge of millet affect the battery life?
Initial exposure of millet poco X3: 5160mah battery supports 33W flash charging
Lenovo K12Pro through FCC certification :4 GB 128GB combination post-three (figure)
Samsung's first 25W wireless charger via FCC certification
Honor Play 30 Network: 2.2GHz 5G chip, 4900mAh large battery
Nokia Style+5G new machine Pass FCC certification: 5000mAh battery+20W fast charge
Hot news this week
China has found 35 known cases of the new zoonotic virus Langya
Losses in a single quarter of $ 23.4 billion a record, SoftBank did not carry the plunge of technology stocks and the devaluation of the yen
The prevention and control of the American Monkey epidemic has failed. What should I pay attention to?
Is the micro -business headache? WeChat friends are suspected to have a big move: 7 can only be posted a week
Kuaishou launched a self-developed cloud intelligent video processing chip: The chip has been streamed successfully
The new product of Xiaomi MIX is coming: both internal and external dual -screen has been upgraded to make up for the previous generation.
A new zoonotic virus, Langya, found in China has not yet been confirmed to be transmitted from person to person
Ministry of Public Security: Single telecommunications network fraud continues to cause 40 % of all electrical fraud cases
Special price "kill ripe"? Bike-sharing platforms have different prices for the same package for different users
A tech company in Shanghai has been fined 220,000 yuan for swiping orders to improve its ranking on Yelp
The most popular news this week
Xiaomi's 500 -day industry insider: There is no surprise of autonomous driving technology
Your mobile phone is more and more "understand" you? This is not necessarily a good thing
Economic Daily: Putting less traffic and fake crooked ideas
Hubble discovered "Celestial Cloud Scenery": like a beautiful abstract watercolor painting
US media: YouTube plans to launch a streaming media video service subscription platform.
Microsoft calls Sony's game "exclusive" hindering the development of XGP, and the subscription system has not yet brought color to the two businesses
Domestic 1.5K screen+Snapdragon 888 4G Huawei Mate 50 Standard Edition Stealing
Huawei gave high -end mobile phones to Apple's delivery in 2022 about 30 million units
Intel is ok! AMD CPU discovered a new security vulnerability: Ryzen family was stabbed
Samsung high -level: By 2025 Samsung's high -end mobile phones are half a folding screen phone