Activision Blizzard CEO Bobby Kotick kept his seat on the board

Activision Blizzard CEO Bobby Kotick will remain on the company's board of directors after a shareholder vote at the company's annual meeting.

At Activision Blizzard's annual shareholder meeting, investors voted on several proposals and who would serve on the company's board next year, according to Engadget. A total of 533,703,580 shareholders voted in favor of Kotick remaining on the board, while 62,597,199 voted against. That means Kotick can stay on the board until the next vote in 2023. 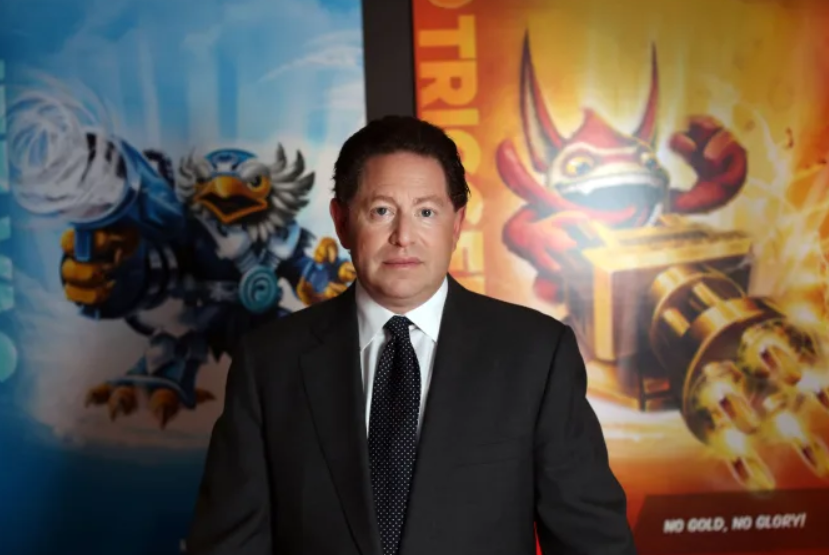 IT Home has learned that Bobby Kotick has previously been accused of knowing about sexual misconduct at the company for years. And he has a history of sexual harassment and abuse of his own. The New York City Employees' Retirement System also sued Kotick, saying he was unfit to negotiate the company's pending sale to Microsoft.

In addition, in November, more than 1,000 Activision Blizzard employees and contractors signed and released a petition calling for Bobby Kotick's removal from the company.

In April, Activision Blizzard appointed a new chief diversity, equity and inclusion officer to help the company have a more inclusive workplace.

While a majority of shareholders chose to keep Kotick on the board, they also approved a plan to issue an annual public report, according to the latest report. The report details how Activision will handle any sexual harassment and gender discrimination disputes. The report must also detail how the company prevented these incidents and what steps it was taking to reduce the time it took to resolve them.

Related news
Activision blizzard is closing down the french office after the record annual revenue
More than 1,000 employees have petitioned for activision Blizzard's CEO to step down
More than 1,300 Activision Blizzard employees are calling for CEO Bobby Kotick to resign
US media: If it is unable to quickly solve the problem of incomplete behavior in the company, the moving Blizzard CEO will consider resignation
Although Activision Blizzard has fired dozens of people, shareholders still require the CEO to take administrative leave
Microsoft announces acquisition of Activision Blizzard on hot search! Netizens sighed: 400 billion cash transactions
U.S. regulators expand investigation into Activision Blizzard's handling of workplace issues
Activision blizzard denies executives knowingly ignored sexual harassment: there were some cases, but they didn't pose a systemic problem
Activision Blizzard CEO Bobby Kotick kept his seat on the board
Hot news this week
China has found 35 known cases of the new zoonotic virus Langya
Losses in a single quarter of $ 23.4 billion a record, SoftBank did not carry the plunge of technology stocks and the devaluation of the yen
The prevention and control of the American Monkey epidemic has failed. What should I pay attention to?
Is the micro -business headache? WeChat friends are suspected to have a big move: 7 can only be posted a week
Kuaishou launched a self-developed cloud intelligent video processing chip: The chip has been streamed successfully
The new product of Xiaomi MIX is coming: both internal and external dual -screen has been upgraded to make up for the previous generation.
A new zoonotic virus, Langya, found in China has not yet been confirmed to be transmitted from person to person
Ministry of Public Security: Single telecommunications network fraud continues to cause 40 % of all electrical fraud cases
Special price "kill ripe"? Bike-sharing platforms have different prices for the same package for different users
A tech company in Shanghai has been fined 220,000 yuan for swiping orders to improve its ranking on Yelp
The most popular news this week
Xiaomi's 500 -day industry insider: There is no surprise of autonomous driving technology
Your mobile phone is more and more "understand" you? This is not necessarily a good thing
Economic Daily: Putting less traffic and fake crooked ideas
Hubble discovered "Celestial Cloud Scenery": like a beautiful abstract watercolor painting
US media: YouTube plans to launch a streaming media video service subscription platform.
Microsoft calls Sony's game "exclusive" hindering the development of XGP, and the subscription system has not yet brought color to the two businesses
Domestic 1.5K screen+Snapdragon 888 4G Huawei Mate 50 Standard Edition Stealing
Huawei gave high -end mobile phones to Apple's delivery in 2022 about 30 million units
Intel is ok! AMD CPU discovered a new security vulnerability: Ryzen family was stabbed
Samsung high -level: By 2025 Samsung's high -end mobile phones are half a folding screen phone