The U.S. Supreme Court abolished abortion rights and caused uproar and big waves of technology leaders to oppose them 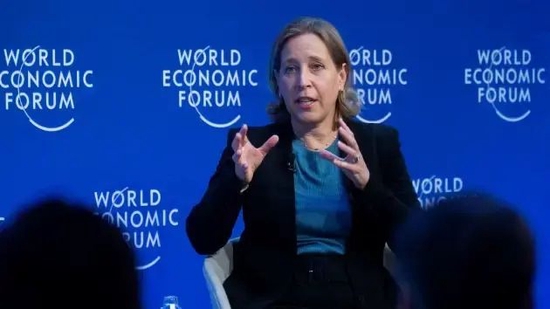 Sina Technology News on the morning of June 25, Beijing time. According to reports, the US Supreme Court overthrew the ruling of the "Roy Case Wade Case" on Friday and ended the abortion rights given to women since the US Constitution since 1973. After that, many science and technology leaders have publicly opposed it.

Salesforce Ceo, Marc Benioff, Microsoft co -founder Bill Gates, and Meta Coo Sandberg, who is about to leave, and the upcoming departure. Opposition.

Musk's Twitter account has 99.5 million fans. He published a tweet in May through the account in May: "The birth rate of the United States has been lower than the minimum sustainable level of 50 years."

In September 2021, Musk refused to discuss the rigorous abortion restrictions in Texas and said he was unwilling to participate in political topics. However, Greg Abbott, Governor of Dezhou, said that the Tesla CEO supports their "social policy". Musk also recently stated that he would consider voting to support the president of Florida Governor De Santis. De Santis is currently promoting more stringent abortion restrictions in Florida.

The U.S. Supreme Court overthrowing the "Roy Case of the Wade" will enable states in the United States to have the right to formulate their own abortion laws, including completely prohibiting all surgery and drug abortion. According to the analysis of the Gute Mach Institute, after the ruling, a total of 21 states in the United States may strictly restrict and even completely ban abortion.

The abortion ban in Louisiana, Missouri, Kentucky and South Dakota has come into effect immediately.

When abortion is no longer legal, or abortion cannot be performed through regular channels, people may face fatal health risks in some cases. For example, in 2012, a 31 -year -old dentist named Savita Halappanavar was refused to abandon when she had a miscarriage in Ireland, causing her to die. The incident caused a series of campaigns, and Ireland subsequently revised the law to allow legal abortion.

The following is a comment published by a number of science and technology bosses on Friday local time:

"I believe that no matter what happens, the CEOs have the responsibility to take care of their employees. Salesforce will transfer employees when employees feel threatened or discriminated against. Welfare and care, we will definitely support you. Will it! "

"This is a sad day. Rejection of the" Roy's voices "is an unfair and unacceptable backstur. This will put women's lives in risks, especially the most vulnerable women."

"This is the dark day in our country's history. Improper deprivation of basic human rights will affect the most weak women in the entire country. Twilio and I will support the choice of every woman."

"Whether it is the safety of guns, women's rights or even voting officials, the government is becoming more and more difficult to reflect the wishes of most people -many times the majority. We need to reform."

"I think the legitimacy of our government has begun to face doubts. The division of the constituencies in the House of Representatives is unfair, and the Senate is led by a few people who have obstructed the discussion. Reform. "

"I have heard my mother told me that our country's encounter before the Roy case. My mother has a friend or even go abroad to abandon abortion. Most women have no ability to do this; some people go to the black market to abort This often causes serious security issues, and even destroy Huang Quan. All women know that on the one hand, they want to control their future and health, and on the other hand, they must follow the discipline and law, but they may have to be in these two. Make a difficult choice. "

"I never thought that my mother's past would become my daughter's future. I couldn't believe that when my three daughters went to college, the rights they enjoyed were less than me."

"The ruling of the Supreme Court threatened the health and life of millions of girls and women. It may cause women to make progress in the workplace into black, and they may deprive women's economic power. Women's dreams will become more and more difficult to be difficult Realization. For women with the least resources in hand, the impact will be particularly serious. "

"This is a huge retrogression. For ourselves, for our daughter, and for every generation of each generation, we must continue to fight. Unite, we must protect and expand abortion rights."

"Today's Supreme Court ruling threatened the health of women and denied their human rights, and it may also disintegrate our progress in the equality of gender in the workplace since the Roy. Business leaders must now open their voice and call on Congress to write abortion rights to write the right to abortion rights. Enter the law. "

"As the CEO, I realized that today's Supreme Court ruling has caused many opinions. As a woman, this is a devastating retrogression. I personally think that every woman should choose when and how to become a mother. Fertility is a kind of human rights. "

Related news
Supreme launches 3G feature phone
Supreme launches a co-branded custom phone that is more practical than a thousand dollars brick
Supreme co branded mobile phones are on sale: the price directly triples
Supreme teamed up with Kraft to launch limited edition red Oreo: selling on eBay
Hot news this week
China has found 35 known cases of the new zoonotic virus Langya
Losses in a single quarter of $ 23.4 billion a record, SoftBank did not carry the plunge of technology stocks and the devaluation of the yen
The prevention and control of the American Monkey epidemic has failed. What should I pay attention to?
Is the micro -business headache? WeChat friends are suspected to have a big move: 7 can only be posted a week
Kuaishou launched a self-developed cloud intelligent video processing chip: The chip has been streamed successfully
The new product of Xiaomi MIX is coming: both internal and external dual -screen has been upgraded to make up for the previous generation.
A new zoonotic virus, Langya, found in China has not yet been confirmed to be transmitted from person to person
Ministry of Public Security: Single telecommunications network fraud continues to cause 40 % of all electrical fraud cases
Special price "kill ripe"? Bike-sharing platforms have different prices for the same package for different users
A tech company in Shanghai has been fined 220,000 yuan for swiping orders to improve its ranking on Yelp
The most popular news this week
Xiaomi's 500 -day industry insider: There is no surprise of autonomous driving technology
Your mobile phone is more and more "understand" you? This is not necessarily a good thing
Economic Daily: Putting less traffic and fake crooked ideas
Hubble discovered "Celestial Cloud Scenery": like a beautiful abstract watercolor painting
US media: YouTube plans to launch a streaming media video service subscription platform.
Microsoft calls Sony's game "exclusive" hindering the development of XGP, and the subscription system has not yet brought color to the two businesses
Domestic 1.5K screen+Snapdragon 888 4G Huawei Mate 50 Standard Edition Stealing
Huawei gave high -end mobile phones to Apple's delivery in 2022 about 30 million units
Intel is ok! AMD CPU discovered a new security vulnerability: Ryzen family was stabbed
Samsung high -level: By 2025 Samsung's high -end mobile phones are half a folding screen phone