Back to the industrial development of the past few decades, from PC to mobile phones, from the desktop Internet to the mobile Internet, no matter which era changes, chips play an important role in it. To some extent, the level of chip computing power determines the quality of product performance.

Regardless of the period, the industry drives the chip upgrade while it has also achieved the chip industry giant. In the PC era, Intel was the first; in the era of smartphones, the three -party war between Gaocong, Kirin, and Apple. Today, in the era of smart cars, although major chip manufacturers at home and abroad have turned the anchor head to this, the car chip market is still chaotic and no giants have appeared.

Faced with the uninterrupted big cake in the intelligent automobile industry, chip practitioners are coveted, including black sesame intelligence.

"In this wave of automotive revolution, China is very hopeful to become the world's leaders. Of course, we hope that the leader of the (car chip) is black sesame intelligence. We are working hard for this goal." People and CEO single chapters are expressed. 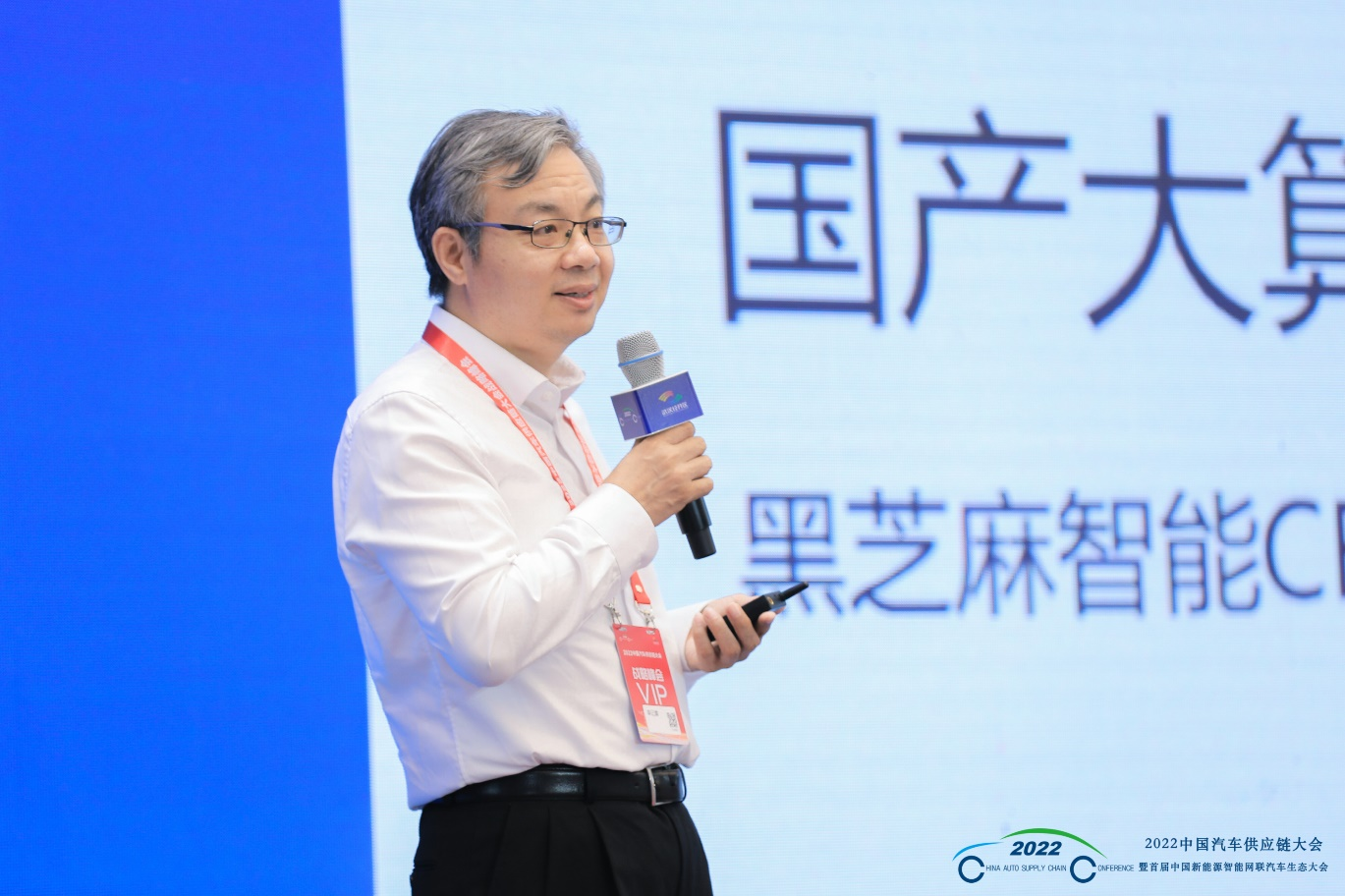 How will the car chip evolve?

With this trend, the automotive industry will usher in huge opportunities to spawn a large number of business opportunities, including chips, new energy, sharing, human -computer interaction, and artificial intelligence.

Taking the chip industry where black sesame intelligence is located as an example, the relevant data predicts that in 2025, SOC's shipments in the entire automotive market will be close to 14 million pieces. Although compared with the billions of shipments of mobile phone chips, the volume of the car SOC is not a drop in the sea, it should be noted that the value of a single car chip is much higher than that of the mobile phone chip. From this perspective, the car chip is from this perspective. The output value is actually very considerable.

So, in the era of smart cars, how can chips promote the development of smart driving?

Taking Tesla as an example, the key to the rapid development of Tesla's intelligent driving is its powerful computing platform and innovative electronic electrical architecture, and both aspects are inseparable from chip.

Single chapters believe that the evolution and demand of the computing platform: The PC era requires universal computing power, so the chip architecture of the PC is CPU+GPU; in the mobile era, the most important feature is to pay, play games, take pictures, etc. It is mainly concentrated in CPU+GPU+image processing.

MUC's evolution experience distributed to the domain control in the central calculation. At first, the MUC chip of about 40nm process was already very advanced. Later, it evolved into a SOC and made into a domain control unit. At present, most manufacturers are doing wandering. The form of a single chip will evolve in the central computing direction in the future.

Single chapters point out that the concept of calculation of the central government is very large, and the required computing power is huge. It may be difficult to achieve by a single chip architecture, so the SOC architecture will eventually use.

At present, the maximum computing power of the industry's single -chip can reach 1000T, but the single chapter believes that the computing power required for the central government in the future may be far exceeding 1000T, and the automotive chip may become a blade architecture similar to the blade.

Based on the understanding of the industry, the Black Sesame Intelligent Plan launched a new generation of A2000 chips at the end of this year on the basis of the main product A1000. According to a single chapter, the next generation of A3000 chips has also begun. According to the plan, the A3000 chip will use a 5 -nanometer process and computing power of more than 1000T.

Single chapters point out that there are still many problems that need to be solved in the current chip technology, including packaging technology, isolation technology, and interconnection problems between multi -chip.

"From the chip test to mass production, because it involves a lot of norms, one and a half to two years, this is what we think is essential," said the single chapter.

Related news
China core international: China core from A-share reactor
Chinese core from A-share reactor
Microsoft stops updating. Net standard and moves to. Net 5 in the future (Figure)
WD Black product line brings two SSD and a lightning base to gamers
Black Sesame Intelligent CEO Single Standard: A large computing chip from testing to mass production, at least two years
Hot news this week
China has found 35 known cases of the new zoonotic virus Langya
Losses in a single quarter of $ 23.4 billion a record, SoftBank did not carry the plunge of technology stocks and the devaluation of the yen
The prevention and control of the American Monkey epidemic has failed. What should I pay attention to?
Is the micro -business headache? WeChat friends are suspected to have a big move: 7 can only be posted a week
Kuaishou launched a self-developed cloud intelligent video processing chip: The chip has been streamed successfully
The new product of Xiaomi MIX is coming: both internal and external dual -screen has been upgraded to make up for the previous generation.
A new zoonotic virus, Langya, found in China has not yet been confirmed to be transmitted from person to person
Ministry of Public Security: Single telecommunications network fraud continues to cause 40 % of all electrical fraud cases
Special price "kill ripe"? Bike-sharing platforms have different prices for the same package for different users
A tech company in Shanghai has been fined 220,000 yuan for swiping orders to improve its ranking on Yelp
The most popular news this week
Xiaomi's 500 -day industry insider: There is no surprise of autonomous driving technology
Your mobile phone is more and more "understand" you? This is not necessarily a good thing
Economic Daily: Putting less traffic and fake crooked ideas
Hubble discovered "Celestial Cloud Scenery": like a beautiful abstract watercolor painting
US media: YouTube plans to launch a streaming media video service subscription platform.
Microsoft calls Sony's game "exclusive" hindering the development of XGP, and the subscription system has not yet brought color to the two businesses
Domestic 1.5K screen+Snapdragon 888 4G Huawei Mate 50 Standard Edition Stealing
Huawei gave high -end mobile phones to Apple's delivery in 2022 about 30 million units
Intel is ok! AMD CPU discovered a new security vulnerability: Ryzen family was stabbed
Samsung high -level: By 2025 Samsung's high -end mobile phones are half a folding screen phone